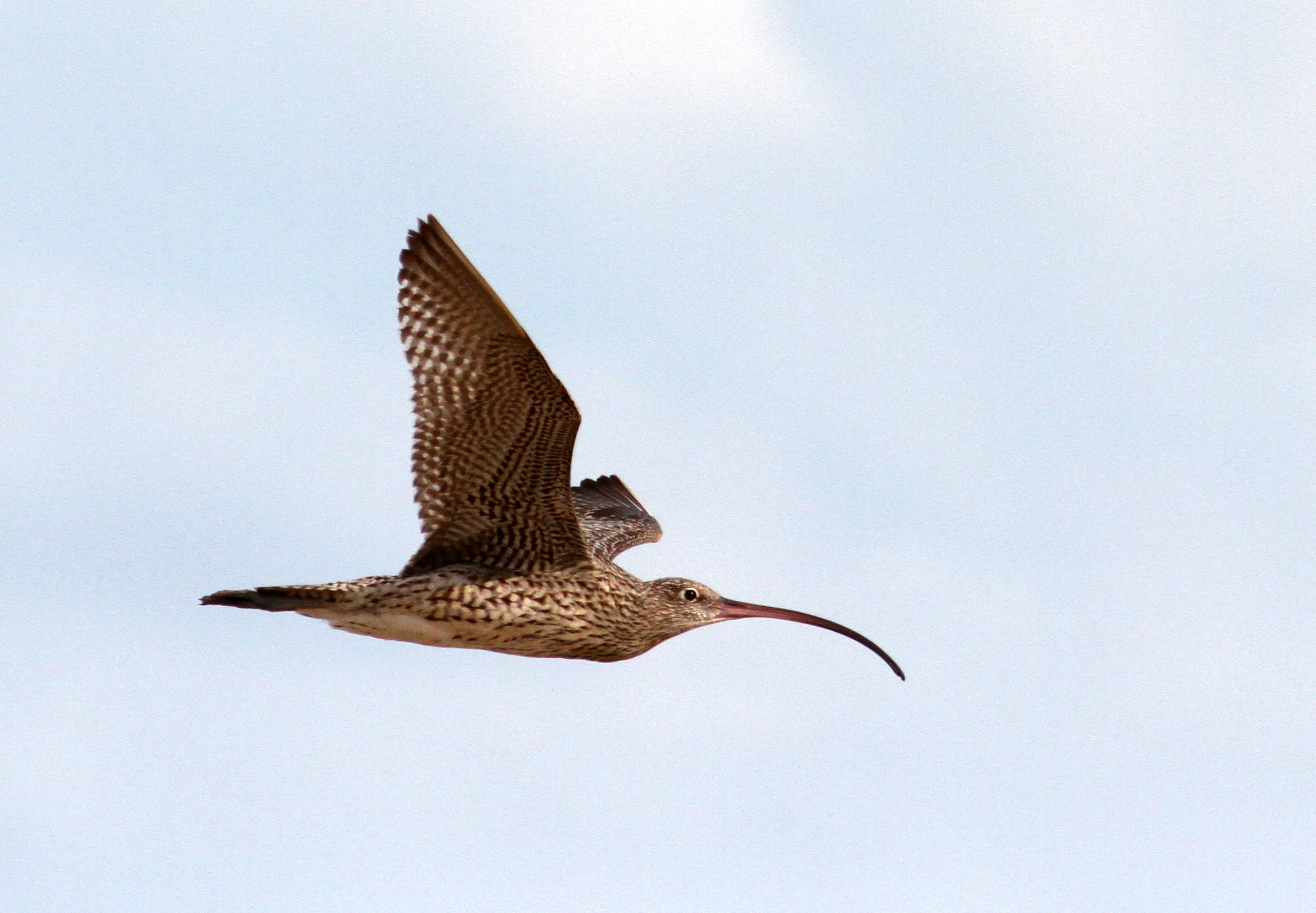 The far eastern curlew, one of the world’s largest migratory shorebirds, has declined dramatically in the last 20 years. According to Micha Jackson the bird is in trouble on multiple fronts and central to addressing these challenges is a better understanding of its habitat needs and international cooperation.

The migration route of the far eastern curlew falls within the ‘East Asian-Australasian Flyway’ (EAAF), which it shares with more than 50 other migratory shorebird species. Combined there are more than 8 million shorebirds that pass through more than 20 countries every year.

As with all migratory species, if any one critical area in the life cycle is left unprotected, it could spell the collapse of the entire population despite the best efforts elsewhere. All countries along the migration route will need to enact conservation measures to achieve recovery of the far eastern curlew, and these actions will also benefit many other species.

Tracking studies over the last 30 years have taught us much about the far eastern curlew’s life-cycle. These studies include the resighting, recording and reporting of bands and flags attached to the legs of curlews as they move through the flyway, and the use of geo-locators and satellite transmitters.

It breeds in marshy areas of Russia and northern China, and, as far as we can tell the entire population passes through the Yellow Sea/Bohai Sea region, which includes coastal areas of China, the Democratic People’s Republic of Korea and the Republic of Korea, during migration. This region is therefore a critical stopover area for curlews to rest and refuel while undertaking their gruelling long-distance migration flights.

During the non-breeding season, about three quarters of the birds wait out the northern winter in Australia, with others heading to the Philippines, Indonesia, PNG and likely elsewhere.

Under a dark cloud

The far eastern curlew has suffered rapid and dramatic population declines in recent decades. The IUCN Red List, which assesses the global status of species, listed it as Least Concern in 2004, but it was rapidly upgraded to Vulnerable in 2010 and to Endangered in 2015. Recent research confirmed an annual decline of almost 6% over the last two decades, and the species was listed as Critically Endangered in Australia in 2016.

A key driver of this decline is extensive loss of intertidal mudflat, particularly in the Yellow/Bohai Sea region – where more than half of this habitat has disappeared over the last 50 years. Causes of mudflat loss are multiple and include: coastal developments, which ‘reclaim’ soft, food-filled mudflats using seawalls and convert them into solid land; a reduction in sediment deposits from rivers that have been extensively dammed; and escalating sea-level rise.

The bill of this knee-height bird can be up to 20 cm in females, and is used to probe soft mud for food like crabs and marine worms. Image: Dean Ingwersen

Other impacts on the species include reduced food supply on remaining mudflats, loss of and changes to breeding habitat, hunting, accidental catch in fishing nets, and pollution.

Within Australia, recreational beach goers and dogs are also having a major impact on curlews, disturbing them on ‘roosting’ habitat – important areas where they rest during high tide periods when mudflat feeding grounds are covered with seawater. This shy bird will generally flee from people and dogs when they are more than a hundred metres away and does not readily resettle when disturbed. Coastal developments are also impacting roosting habitat.

A new Darwin-based TSR project is addressing key knowledge gaps facing far eastern curlew conservation. In particular, how the birds use different feeding and roosting habitats and which areas are most critical to conserve, particularly in the face of increasing coastal development.

Shorebirds will use some artificial habitats, including some wharves, commercial salt works and aquaculture ponds. This project is working with the Darwin Port, where significant numbers of far eastern curlew use the East Arm Wharf as a roosting area.

Filling knowledge gaps about feeding and roosting requirements will enable the project to develop conservation guidelines for developers, planners and regulators. Our hope is that improved management of ‘accidental’ habitats like East Arm Wharf, alongside conservation of intertidal mudflat habitat, could help the far eastern curlew and other migratory shorebirds recover.

The new TSR Hub project commenced just as key stakeholders from EAAF countries met in Singapore at the 9th EAAF Partnership ‘Meeting of Partners’. This biennial meeting is the decision-making forum of the Partnership, which commenced in 2006 and is a voluntary, non-legally-binding agreement allowing countries, local governments, NGOs, IGOs, and corporations from throughout the flyway to work together on shorebird conservation initiatives.

The 9th Meeting of Partners of the East Asian-Australasian Flyway Partnership met in Singapore in January 2017. Image: Eugene Cheah

In response to the dire situation facing the far eastern curlew, a special task force was established at the 2015 Meeting of Partners and at the 2017 meeting, a Single Species Action Plan was endorsed and launched, to guide priority conservation and research actions to help the species recover throughout the flyway.

Given the current status of far eastern curlew and its recent dramatic declines, the survival of all individuals remaining in the population is crucial. Australia’s role is to design and implement effective conservation measures at home to protect non-breeding habitat from disturbance and loss of roosting habitat, and to work cooperatively with other flyway countries.

Get the full version of this article in Science for Saving Species Magazine.

Find out more about the Darwin based research in this ABC News story and radio interview.


Top image: The far eastern curlew flies thousands of kilometres each year as it migrates across the globe. Its numbers have plummeted in recent years. Image: Amanda Lilleyman