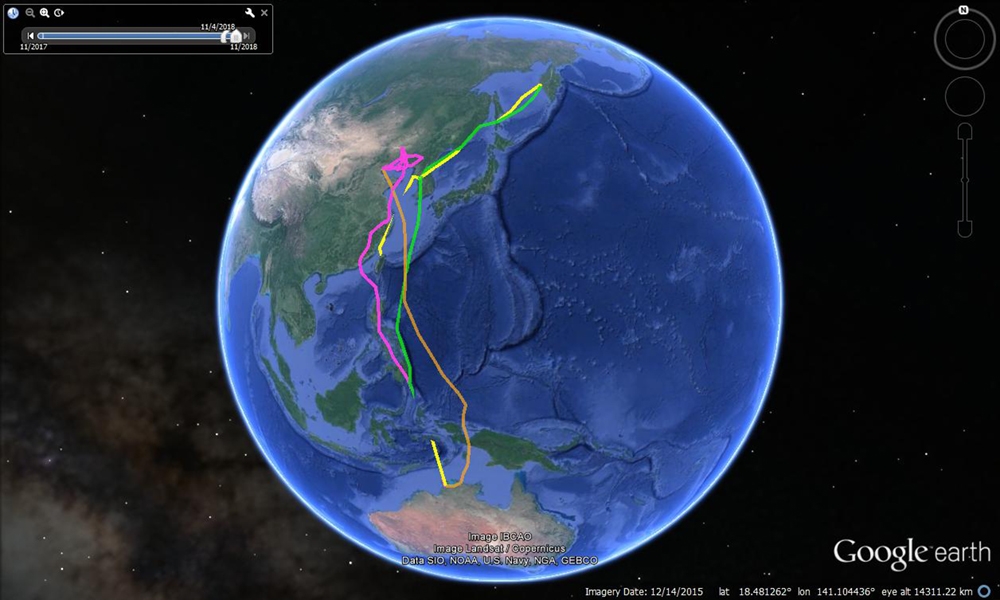 The exceptionally long-beaked far eastern curlew is the world’s largest migratory shorebird. It is also one of the most well-travelled. This globe-trotting bird was listed as Critically Endangered in Australia in 2016, with its numbers in rapid decline since it was first listed as Least Concern in 2004.

Our dedicated team of TSR Hub scientists is tracking the movements of this remarkable bird to better understand its local movements, breeding ecology and the threats it faces on its migration route. The team tagged two far eastern curlew in Darwin, Australia in late 2017 and have now tracked their return migrations to Russia and China.
Both birds left Darwin in April 2018 and reached the Yellow Sea to refuel for the next leg of the migration. Only one of the birds, Bird A, travelled further north to the breeding grounds on the Kamchatka Peninsula in south-east Russia. Bird B, the other, younger, bird surprised us by staying in China. It spent most of its time along the Chinese coastline before retreating to Bohai Bay for the greater part of the season. 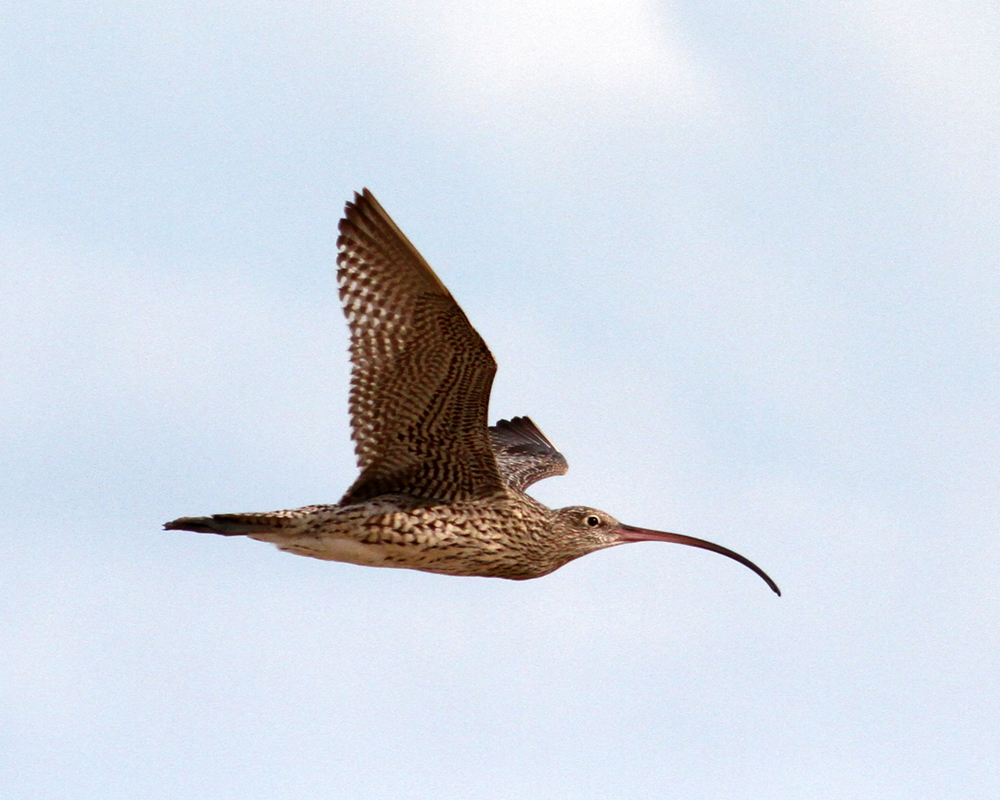 The adult curlew that bred returned to South Korea in mid-July and stayed there on the mudflats near Incheon Airport Island before migrating south to Darwin in late October. Just a few days later the younger curlew left Bohai Bay and migrated south, arriving in Darwin on 31 October, and heading straight to a saltpan close to where we had first caught and tagged it.
The map shows the northward trip in yellow and the southward trip in green for bird A. Pink is northward and orange is southward for bird B. The gaps represent periods when feathers covered the solar panel and the battery went flat.
Learning where our Australian birds go when they leave Australia is important. It is sometimes in other countries that the most vital conservation actions will take place. Six other threatened Australian shorebird species in addition to the far eastern curlew pass through China on migration. 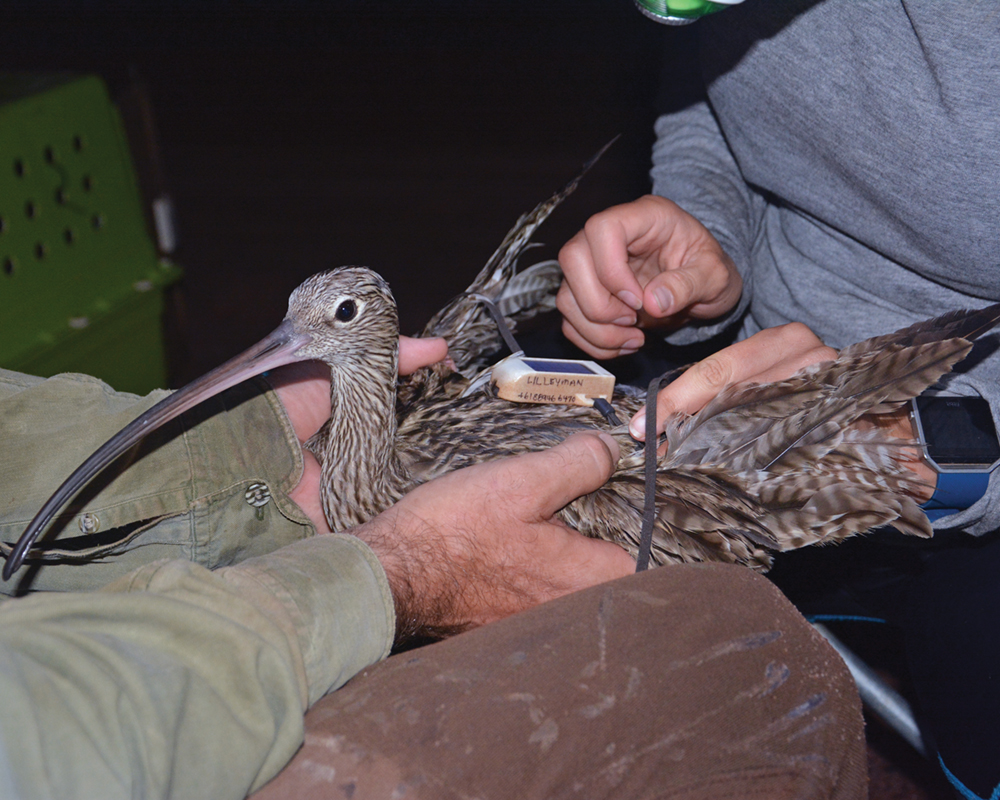 One of the curlew being fitted with a GPS tag in Darwin in late 2017. Photo: Gavin O’Brien

China has seen land reclamation that has greatly reduced the extent of critical tidal mudflat habitat, but in good news earlier in 2018, China’s State Oceanic Administration announced that reclaimed wetlands that have not yet been built on will be nationalised, and unauthorised reclamation stopped. Future coastal wetland development will only be approved for public welfare or national defence reasons, and not for commercial purposes.
Stay tuned for more updates on the travels of this fascinating and peripatetic species.