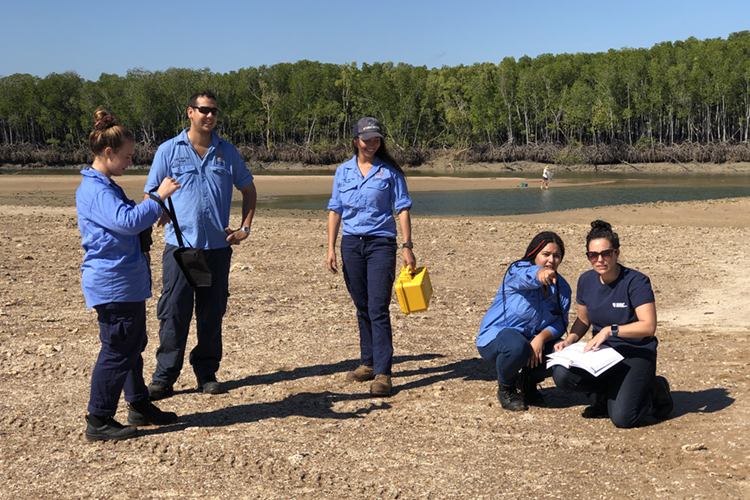 Larrakia action for the far eastern curlew on their saltwater country

For the Larrakia Land and Sea Rangers, the sight of a shell midden in coastal saltpans tells a long history of culture and how their ancestors are connected with the intertidal and mangrove environment. Through a different lens, the Larrakia Rangers also see these shell middens as areas where their culture overlaps with the habitat used by the Critically Endangered migratory shorebird the far eastern curlew. The Larrakia Rangers are working with hub researchers from Charles Darwin University Amanda Lilleyman and Stephen Garnett to help protect the curlew and the coastal habitat it uses.

Fifteen young Indigenous rangers from the urban-based Aboriginal ranger group Larrakia Nation Aboriginal Corporation have been working in the coastal landscape around Darwin Harbour to help protect this migratory shorebird that visits their land every year. The far eastern curlew is a large shorebird that breeds in the northern hemisphere before moving through eastern Asia and then onto Australia and New Zealand, where it spends the southern summer in intertidal habitats feeding on crabs and shellfish.

The species faces many threats throughout its lifecycle, including during the time it spends in Australia. Chief among these are loss or degradation of habitat due to development, and disturbances, like people and dogs on the beach, that reduce the amount of time the bird spends feeding and resting. The Larrakia Rangers are working with researchers Amanda Lilleyman and Stephen Garnett to help protect this imperilled curlew and the coastal habitat it uses. The Darwin Port is also a major partner on the project, and has worked alongside the rangers and researchers to help catch and track curlews in Darwin Harbour. From the tracking, the rangers and researchers have identified that the species uses saltpans and mangroves along with mudflats during low tides, and then prefers nearby roost sites on higher ground when the tide is high. 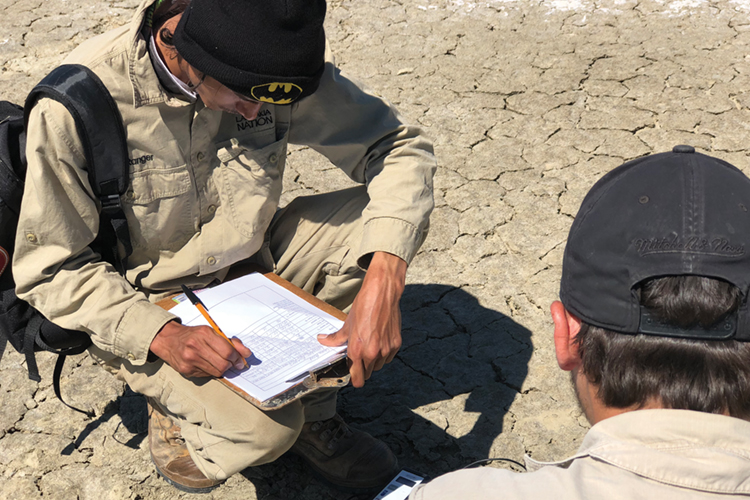 From tracking to site protection

“We’re taking action in locating and understanding the birds from tracking them throughout the years and throughout various environmental conditions, such as the monsoon season, and alongside development. From this we can look at how birds might respond to larger changes in their habitat,” ranger Tanisha Cabbidu said.

Larrakia Ranger manager Ben Smith explains that successful management of the far eastern curlew depends on ensuring that there is suitable feeding and resting habitat available for all individuals in the population.“The curlew is protected in the nationalpark areas, but the bird uses a lot of land that has been converted to industrial uses. And now that we know where the bird goes, we can protect multiple sites,” he said.

Identifying areas where this threatened bird occurs will be important in maintaining coastal habitat for the species and other coastal-dependent species or communities. And conversely, the protection of culturally important coastal sites will help protect the wildlife that inhabit those areas. 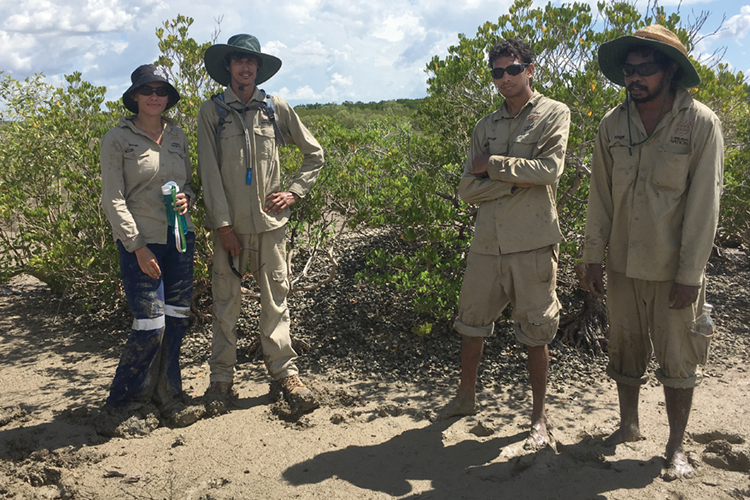 Larrakia presence on country
The Larrakia people have a strong connection with saltwater. Working in Darwin Harbour strengthens this connection with the coastal environment. The numerous shell middens on Larrakia Country are evidence that the Larrakia people have been custodians of the Darwin Harbour region for millennia. Working on the water to undertake curlew surveys has other benefits for the Larrakia Rangers, as while they are out on the boat they can also monitor culturally important places and patrol the harbour for compliance amongst harbour users.

“Having a presence on the water is important to us as it allows us to be present on country and maintain a connection with Larrakia culture,” ranger Gabrial Millar said.

The rangers are also interested in sharing their work with other Indigenous groups in northern Australia, as this kind of work with the curlew has crossover. 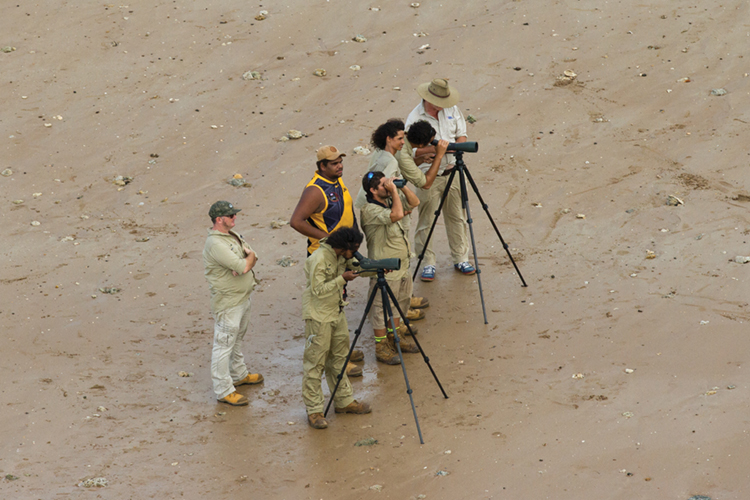 Ranger Jimmy Que-Noy would like to see the Darwin community getting onboard with good management practices that will improve conservation outcomes for the threatened curlew.

“We need to get information out there, improve public awareness that there’s curlews out there – and engaging with the community is important. If people know about the curlew and that it uses beaches like Casuarina Beach then they might not let the dogs out,” Jimmy said.
The Larrakia people play an important role in the ongoing health of Darwin Harbour and the species that use it. The far eastern curlew, for one, will be better off as a result of the work of these dedicated local Indigenous rangers.
This Threatened Species Recovery Hub project is a collaboration between Darwin Port, Charles Darwin University, The University of Queensland and the Larrakia Rangers. It is supported by the Australian Government’s National Environmental Science Program. 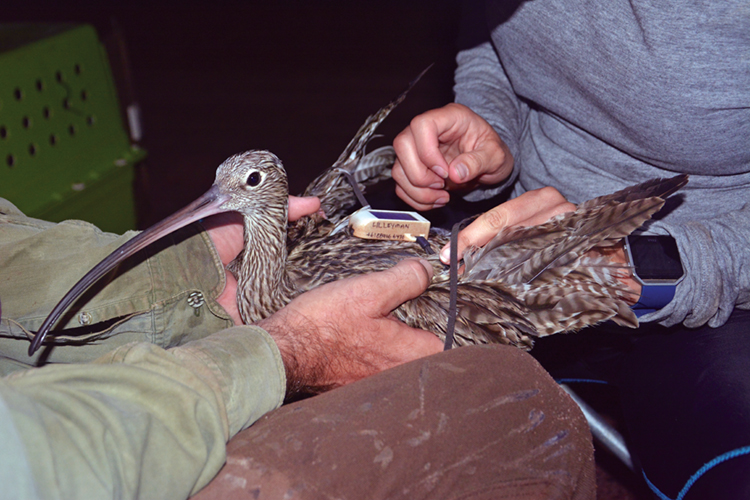