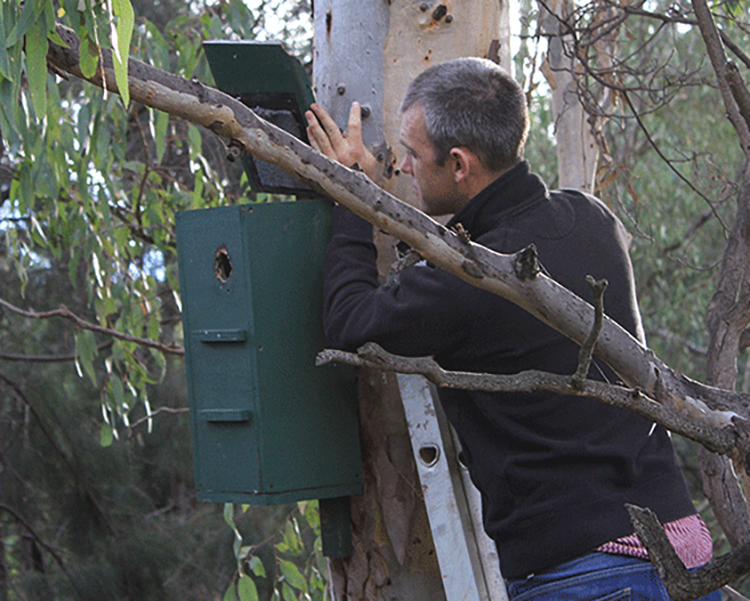 TSR Hub researcher David Lindenmayer and colleagues embarked on a four-year case study examining the impacts of a biodiversity offset which established nest boxes to compensate for the losses of natural tree hollows caused by the widening of sections of the Hume Highway (the road linking Sydney and Melbourne).

Over four years of monitoring, the researchers found the nest boxes weren't used much by the target species. For example, of the 324 nest boxes which were checked around 10 times each over the monitoring period, there were no records of use by superb parrots, and only two by brown treecreepers and seven by squirrel gliders.

The inevitable conclusion from the monitoring was that the offset was clearly not effective in compensating for the loss of hollow-bearing trees and the 1:1 offset ratio (i.e., one nest box for each tree hollow lost) was inadequate because it did not account for the risk of the boxes not being used. Improving offset ratios could lead to greater success in future offsetting programs.

Eight percent of the nest boxes also fell out of trees or were stolen in the four-year monitoring period. Given that trees are usually 80 to 120 years old before they form tree hollows, it is fair to assume that most nest boxes would therefore fail before new hollows formed. This highlights the need for any nest box program to include a long-term and adequately resourced program of monitoring and maintenance.
The main takeaway message from this case study is the distinction between offset compliance and offset effectiveness. In Australia, it is not mandatory that offset effectiveness is assessed. As a result, offset programs can be considered compliant at implementation, but there is no expectation that the effectiveness of these offsets will be monitored after implementation.

Nest boxes alone were inadequate in providing habitat equivalent to the tree-bearing hollows that were lost because of the development. Offset programs need to go further than simply ticking compliance check-boxes and provide measurably effective outcomes for biodiversity.
Key messages

Read more of Rachel Robbins' reporting on the successes and failures with nest boxes at:
Out of the box: Designing nest boxes for conservation success
Putting the heat on nest boxes