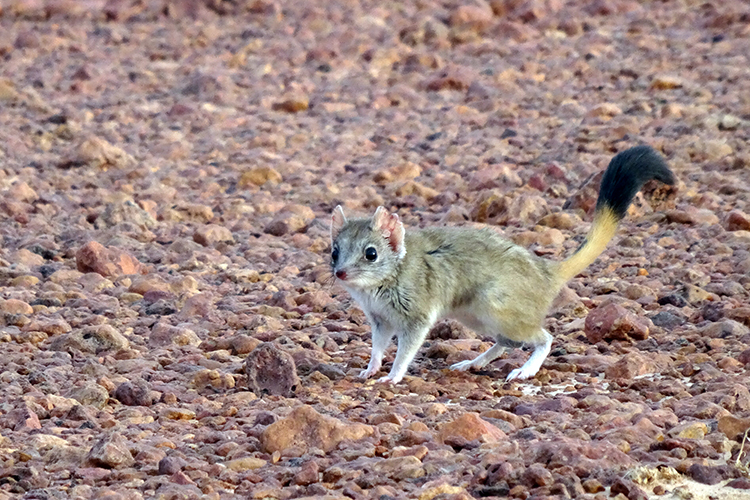 The roles that medium- and micro-predators play in ecosystems were first noted by Darwin. He observed that field mice prey upon “humble” bee nests, and that the abundance of cats in a district, through suppression of mice, may increase the flowering success of certain plants, such as clover. Here, Aaron Greenville, Katherine Tuft, Rob Brandle and Chris Dickman discuss how the Australian arid zone is an ideal place to examine Darwin’s observation and its implications as they undertake research to help secure the future of the kowari.

Micro-predators are defined as weighing less than 300 g. They are present on most of the Earth’s land surface and play an important role, through their predation, in food webs. Interactions within groups of micro-predators can be subtle, yet pervasive. One example, from cool temperate forests in Asia, is a decrease in spider numbers in the presence of the long-clawed shrew (Sorex unguiculatus), which leads to an increase in the spider’s prey, tiny springtails. An example from closer to home is that of the insectivorous marsupials (dasyurids). The presence of the larger brush-tailed mulgara (Dasycercus blythi) increases the diversity and number of these smaller desert dasyurid marsupials, such as the wongai ningaui (Ningaui ridei), through the suppression of dunnart species (Sminthopsis spp.). The loss of top predators from regions around the world is leaving micro-predators as the dominant predators in many ecosystems. The need to understand and conserve these species and their ecological functions is therefore more vital than ever. 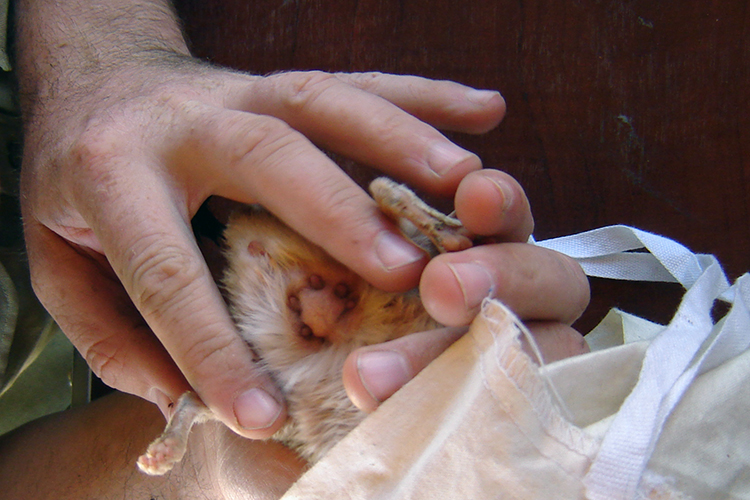 The biology of the kowari

The kowari is a small nocturnal dasyurid predator whose diet consists of invertebrates and rodents. During the day, this species shelters in burrows that it digs into sand mounds. Such mounds occur infrequently across stony gibber environments in arid Australia, where temperatures often exceed 40°C in summer and fall below 5°C in winter. Adult kowaris weigh up to 175 g (males) or 140 g (females), which highlights the vulnerability of the species: it lies within the critical weight range (35–5500 g) of mammals most prone to extinction in Australia.

Kowari populations have declined across the central Australian deserts, and the species currently has only a very limited distribution. The few populations that remain are located in arid South Australia and western Queensland. In these central desert regions, drought–wet cycles are driven principally by the El Niño Southern Oscillation, and are particularly intense.

With the decline or extinction of larger native arid zone predators, such as the western quoll, the possibility exists of the kowari now rising as an influential micro-predator in these desert regions. It is a similar size to the brush-tailed mulgara discussed above, and has the potential to hold a similarly important role in structuring and promoting biodiversity in arid Australia. Securing the kowari’s populations could then be critically important not just for its own sake, but also to maintain diversity in these regions.

Extinction risk for the kowari

Recent research by our team drawn from The University of Sydney and the South Australian Government found that the kowari populations in South Australia declined over the period 2000–2015. This finding was in spite of relatively favourable climate conditions over the period and some evidence that both the body condition of kowaris and their rate of reproduction increased after rain. Further, the region where we surveyed kowaris featured favourable habitat. This leads us to suggest that the two studied populations are under stress from pressures that are external rather than threats arising from within the species itself.

The two populations of kowaris showed highly similar trajectories. This is not good news, because when two adjacent populations are both declining it reduces the opportunity for them to recolonise each other, and points to an increased risk of extinction. In fact, the results from the population viability analysis suggest that, if similar trends occur elsewhere in other populations, the species would be eligible for listing on the IUCN Red List as Endangered, due to a 20% chance of extinction within the next 20 years. 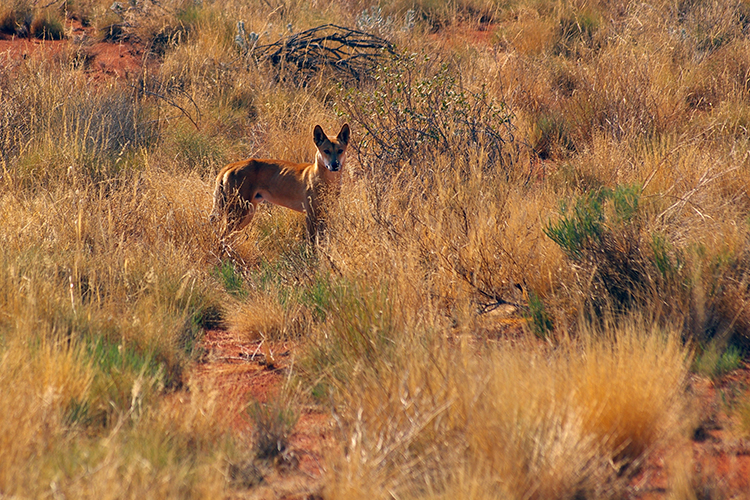 Many regions are suffering declines in top predators like dingoes, leaving micro-predators as the dominant predator in the ecosystem. Image: William La Marca

What we are doing now

Given these alarming results, we are recommending that the kowari be considered for listing as Endangered. Working with stakeholders, such as pastoralists, the Traditional Owners of land now managed as national parks through co-management boards, and Arid Recovery (on a property that has excluded introduced predators and is dedicated to research), we hope to return the kowari to its former strongholds and a predator-free reserve to learn about how to manage its conservation effectively.

A PhD project by William La Marca is also investigating the major threats to the survival of the kowari – currently thought to be predation by feral cats, a medium-sized predator, and habitat disturbance due to cattle grazing – and how to mitigate them. The roles that Darwin first noted medium- and micro-predators to play in the ecosystem, and their implications for biodiversity, are thus being enacted – and investigated – on the stony gibber plains of South Australia.

This Threatened Species Recovery Hub project is a collaboration between The University of Sydney, Arid Recovery, the South Australian Department for Environment and Water and the Foundation for Australia’s Most Endangered Species (FAME). We thank Jim Phillipson for his recent support of this project.

Top image: A kowari on a gibber plain in the Sturts Stony Desert in South Australia, one of the last strongholds of the tiny predator. Image: Nathan Beerkens