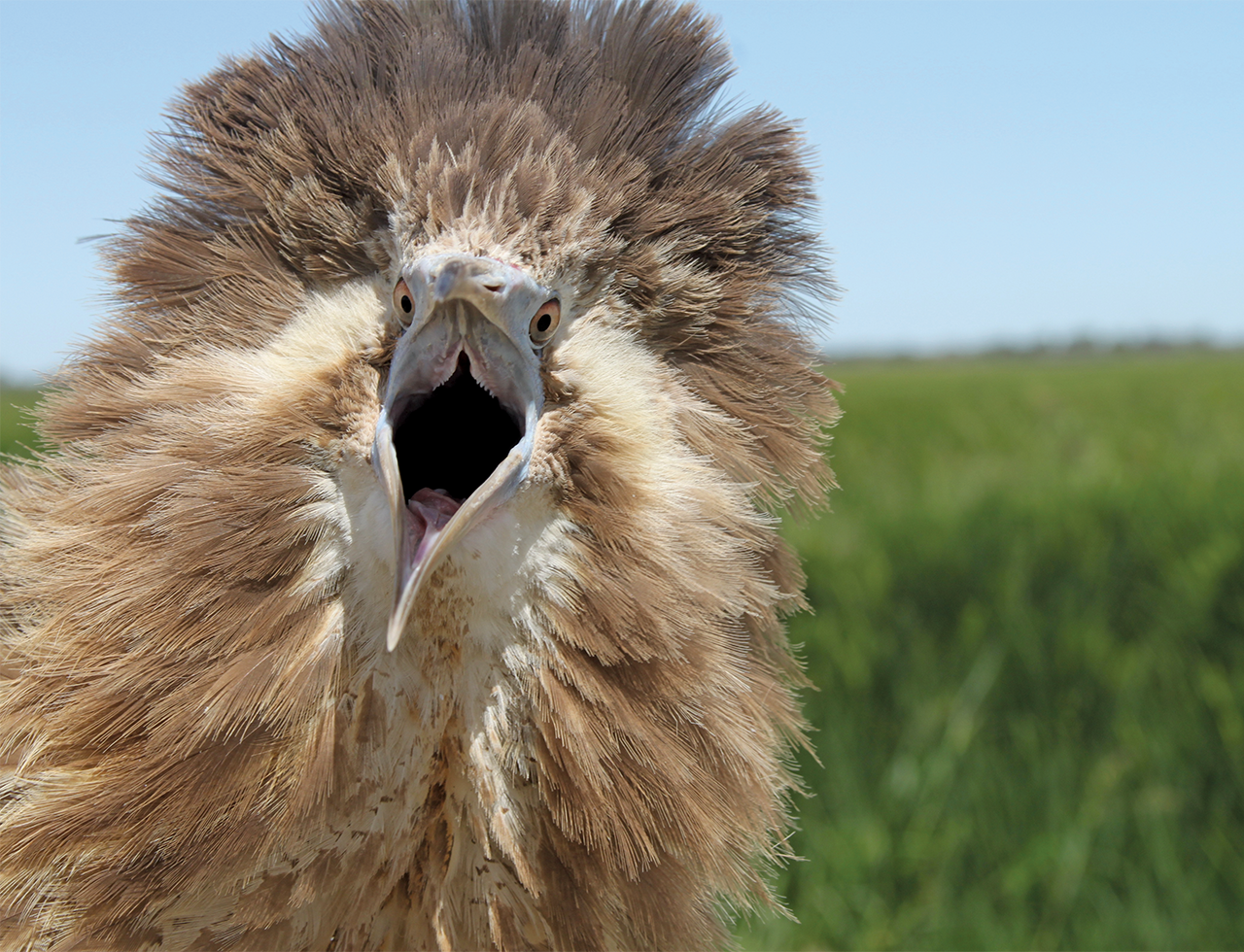 Using social and economic opportunities for the conservation of threatened biodiversity

In addition, human behaviour and choices are a major driver of the threats to nature, so engaging the broader community can play a major role in biodiversity outcomes. Implementing recovery actions also supports jobs, particularly in remote and regional areas. Hub research co-led by the CSIRO and The University of Queensland found that if action was taken to conserve all of Australia’s threatened species it would generate 900,000 jobs.

Good policy requires robust evidence of costs and benefits. Hub research by The University of Queensland and Charles Darwin University has filled major knowledge gaps in this area by developing tools and data that can be used to more accurately estimate the cost of recovery programs, and quantified community willingness to pay and public preferences for threatened species programs. The latter has highlighted that the community do not want to see species extinctions and are willing to contribute financially to prevent them.

In the New South Wales Riverina, hub scientists from Charles Darwin University have collaborated with rice growers and irrigation communities to identify practical ways that growing practices can be adjusted to support the Australasian bittern to successfully breed. The work has also explored the commercial opportunities of ‘bittern-friendly rice’. Riverina rice growers are the custodians of 60% of the national Australasian bittern population and 40% of the global population so this work will make a major contribution to the long-term survival of this species.

South-eastern Australia’s box gum grassy woodlands are a threatened ecological community that also supports many other threatened plants and animals. In partnership with the Sustainable Farms initiative, a team from The Australian National University has worked with farmers across the region on: research which has revealed how revegetation plantings can be improved to benefit threatened birds and plants; planting and grazing trials for the Yass daisy; rocky habitat restoration trials for the pink-tailed worm-lizard; a trial cull of noisy miners to benefit woodland birds; and investigated the effectiveness of nest boxes for threatened species.

Conserving nature in cities has benefits for human health and wellbeing as well as for biodiversity. A team from RMIT University and The University of Melbourne developed an innovative framework to support local governments, developers, urban planners and architects to implement Biodiversity Sensitive Urban Design (BSUD). The framework underpins the South Australian Government’s Green Adelaide BSUD policy, urban development plans in established and growth areas, such as Fisherman’s Bend and Averley and voluntary performance tools such the Green Building
of Australia’s Green Star Communities. 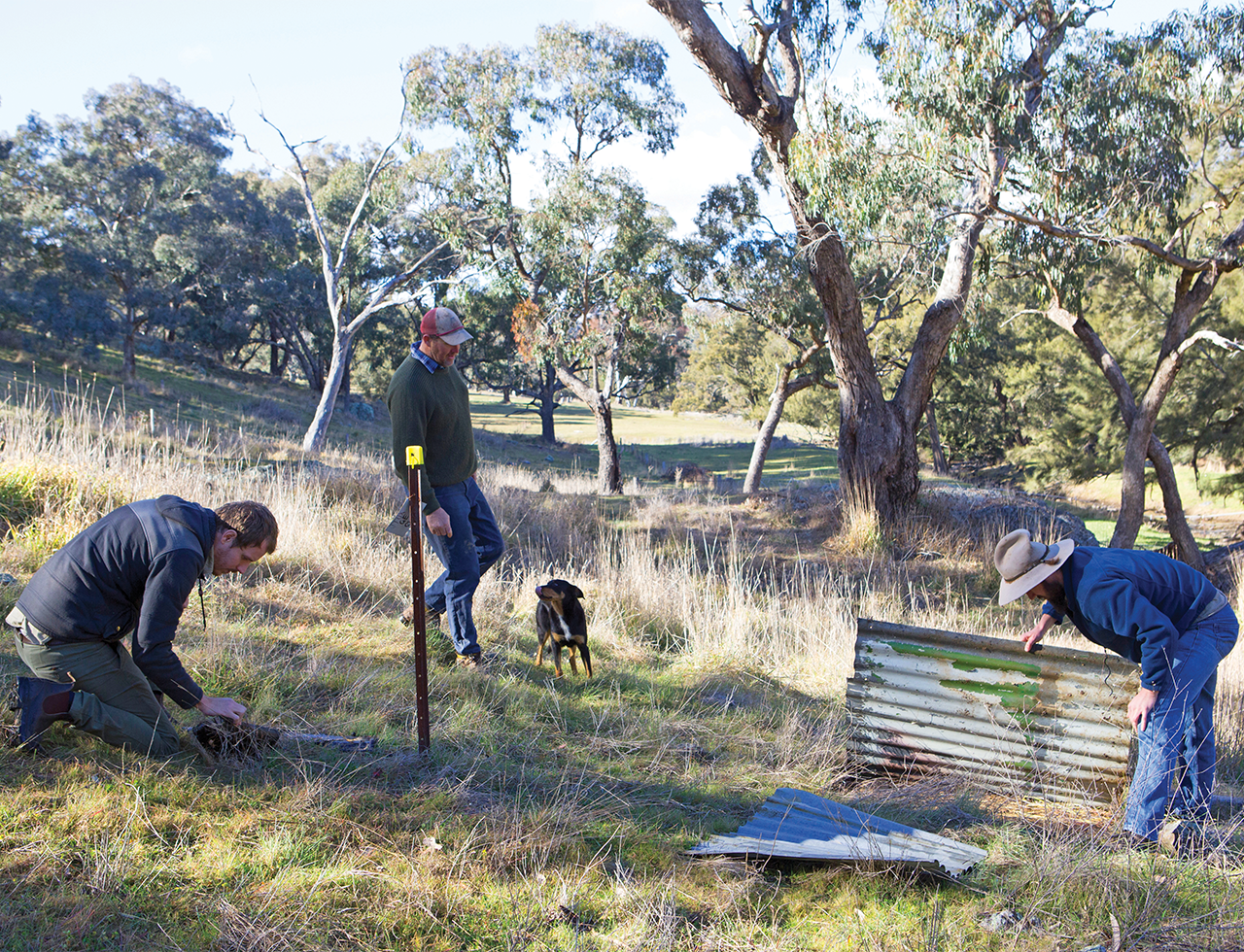 Researchers from The Australian National University survey for reptiles on an agricultural property in New South Wales. Image: Alex Craig

Ecosystem accounts provide information on the economic value of land-use activities in a format that allows for quantitative comparison and analysis of trade-offs. They are a powerful tool to guide policy-making about regional land management issues. A case study by The Australian National University on the Victorian Central Highlands showed that their contributions to regional GDP included the agriculture ($312m), water supply ($310m) and tourism ($260m) industries. The value of water supply and tourism industries greatly surpassed the native forest industry contribution ($12m) and demonstrated a strong economic incentive to protect the forests on which we depend.