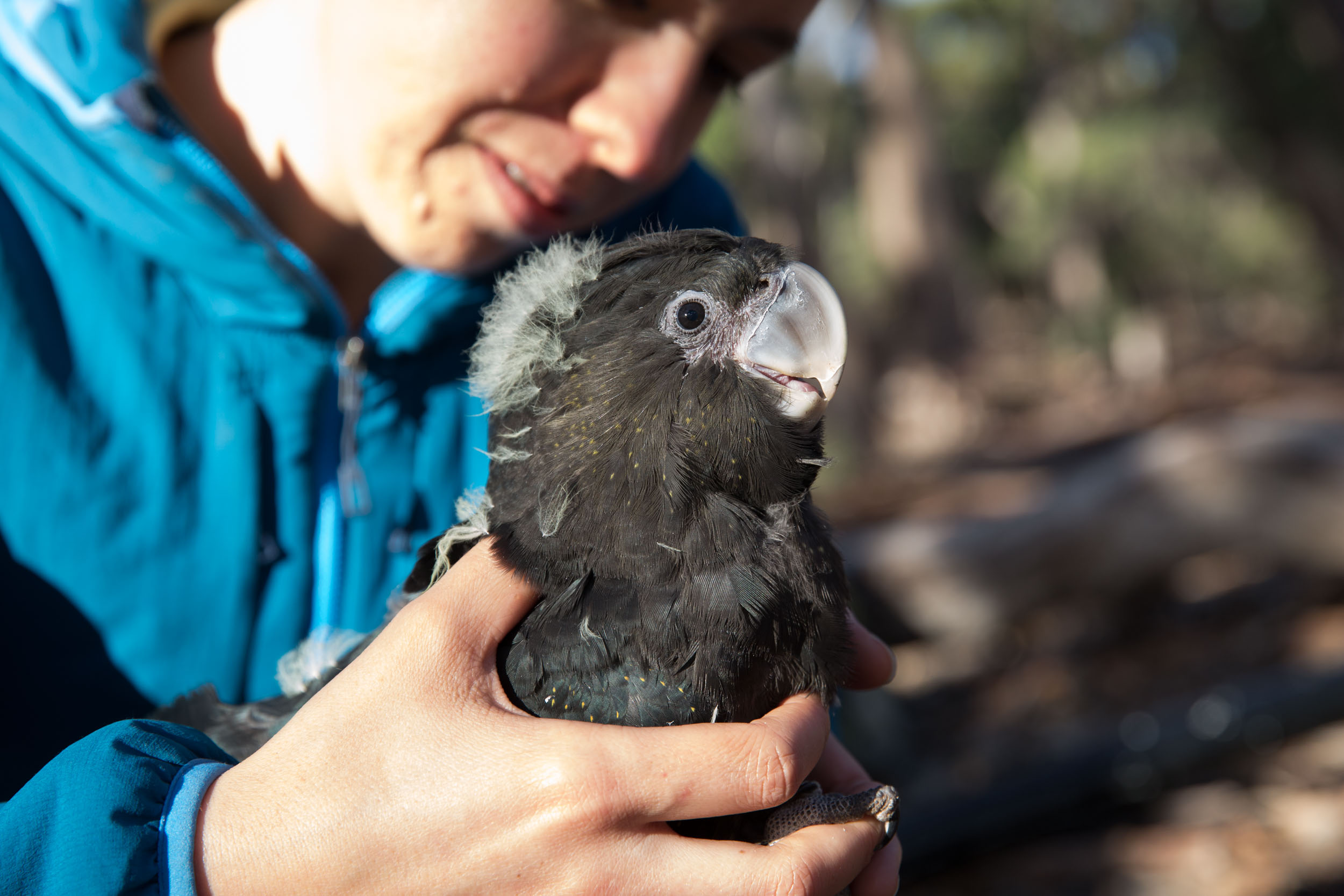 Researchers tune in to nesting calls to help rare cockatoos

Tiny sound recorders will be set up near the nests of South-eastern Red-tailed Black Cockatoos, as part of ground-breaking research to monitor the nesting habits of the endangered species.

A team lead by the Department of Environment, Land, Water and Planning (DELWP) and the University of Queensland will begin the research this week, placing the sound recorders across farmland between Portland and Edenhope.
South-eastern Red-tailed Black Cockatoos are endangered, under the Commonwealth Government’s Environment Protection and Biodiversity Conservation Act 1999.
DELWP Senior Biodiversity Officer Richard Hill said: “The South-eastern Red-tailed Black Cockatoo is one of Australia's rarest cockatoos and is only found in south-west Victoria and lower south-east South Australia.”
“It’s believed a lack of success with nesting is a key reason for their low population, and we’re hoping to find out what’s causing this.” 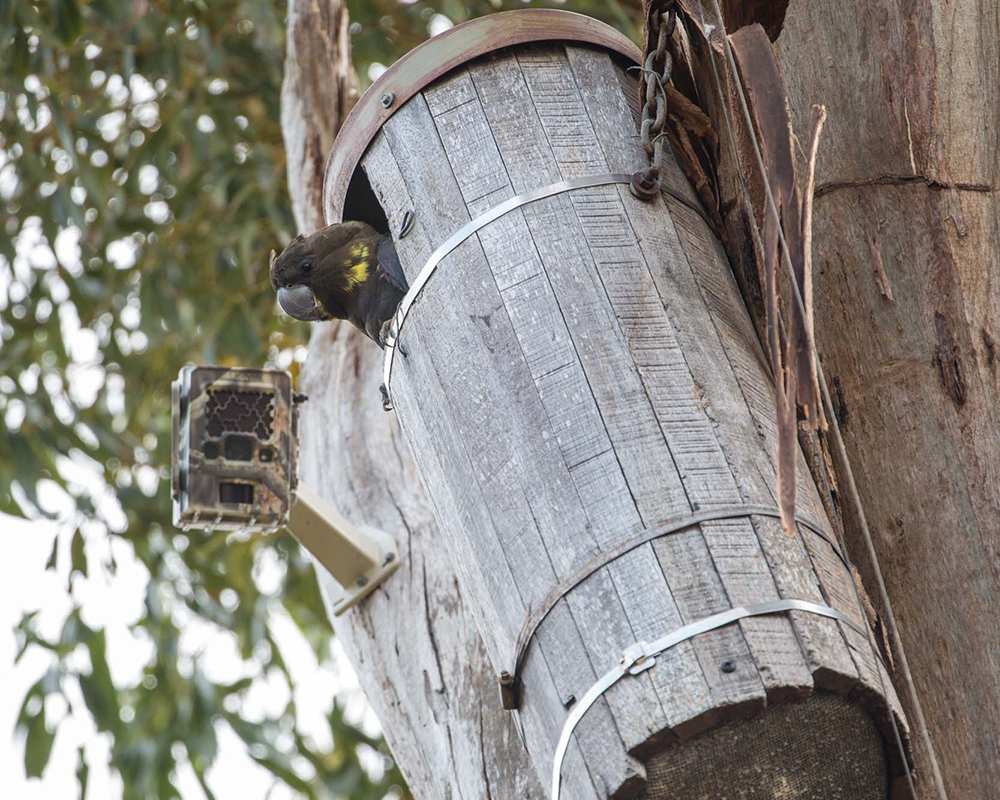 Image: A black cockatoo in an artificial nest box which is being monitored. Photo: Daniella Teixeira
“Over the coming weeks, we’ll be locating South-eastern Red-tailed Black Cockatoo nests and placing sound recorders near them.”
“Bird calls will be recorded across the breeding season, with the devices programmed to record at certain times of day.”
“The audio will be used to determine the success of particular nests, by identifying specific calls from parent birds and their chicks.”
“This research comes at a critical time, in light of recent flock counts which suggest disappointing breeding results over the last few seasons.”

University of Queensland Researcher Daniella Teixeira said: “When the sound recorders are collected later this year, each device will have more than 150 gigabytes of audio to analyse.”
“The project’s main aim is to develop semi-automated methods for detecting key breeding-related bird calls from the massive volumes of audio.”
“If that is achieved, this project will provide conservation managers with a reliable and cost-effective method for monitoring these birds over vast areas and for long periods of time.”
“That information could be used to make decisions about habitat protection, in relation to nesting habitat, fire planning and the placement of artificial nests.” 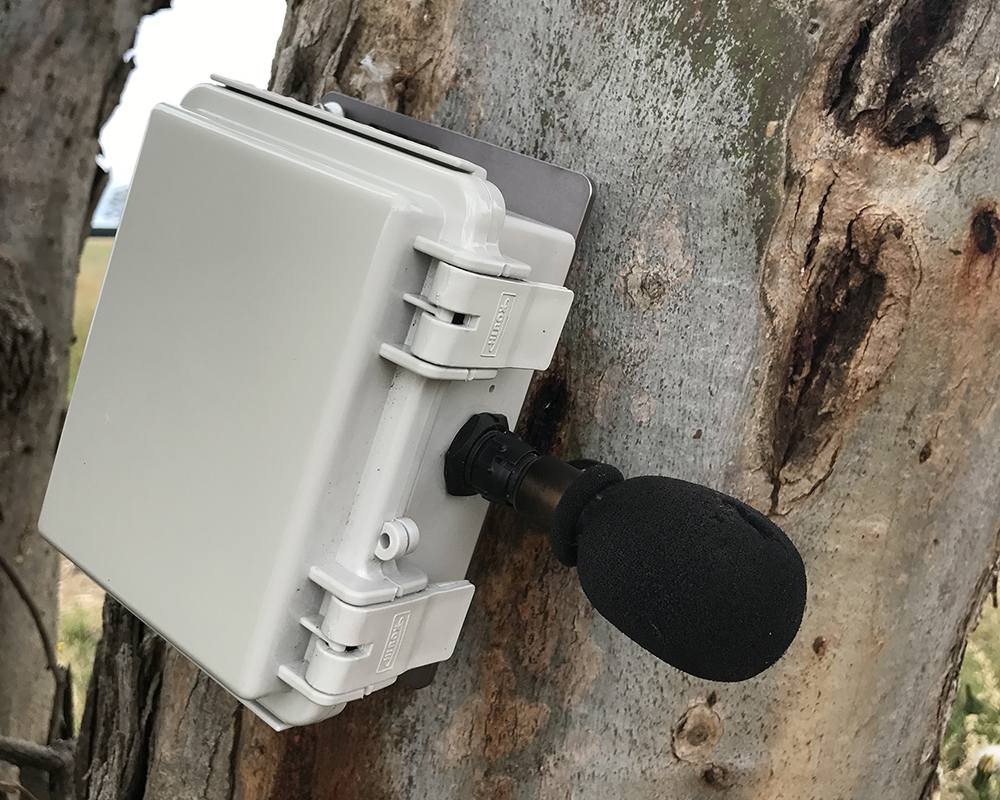 The research is being undertaken by the Threatened Species Recovery Hub, which undertakes research to support the recovery of Australia’s threatened species.
The Hub is a collaboration of ten of Australia’s leading universities and the Australian Wildlife Conservancy, and receives support from the Australian Government’s National Environmental Science Programme.
The Ecosounds Lab at the Queensland University of Technology will also be involved in the aspects relating to sound data handling and processing.