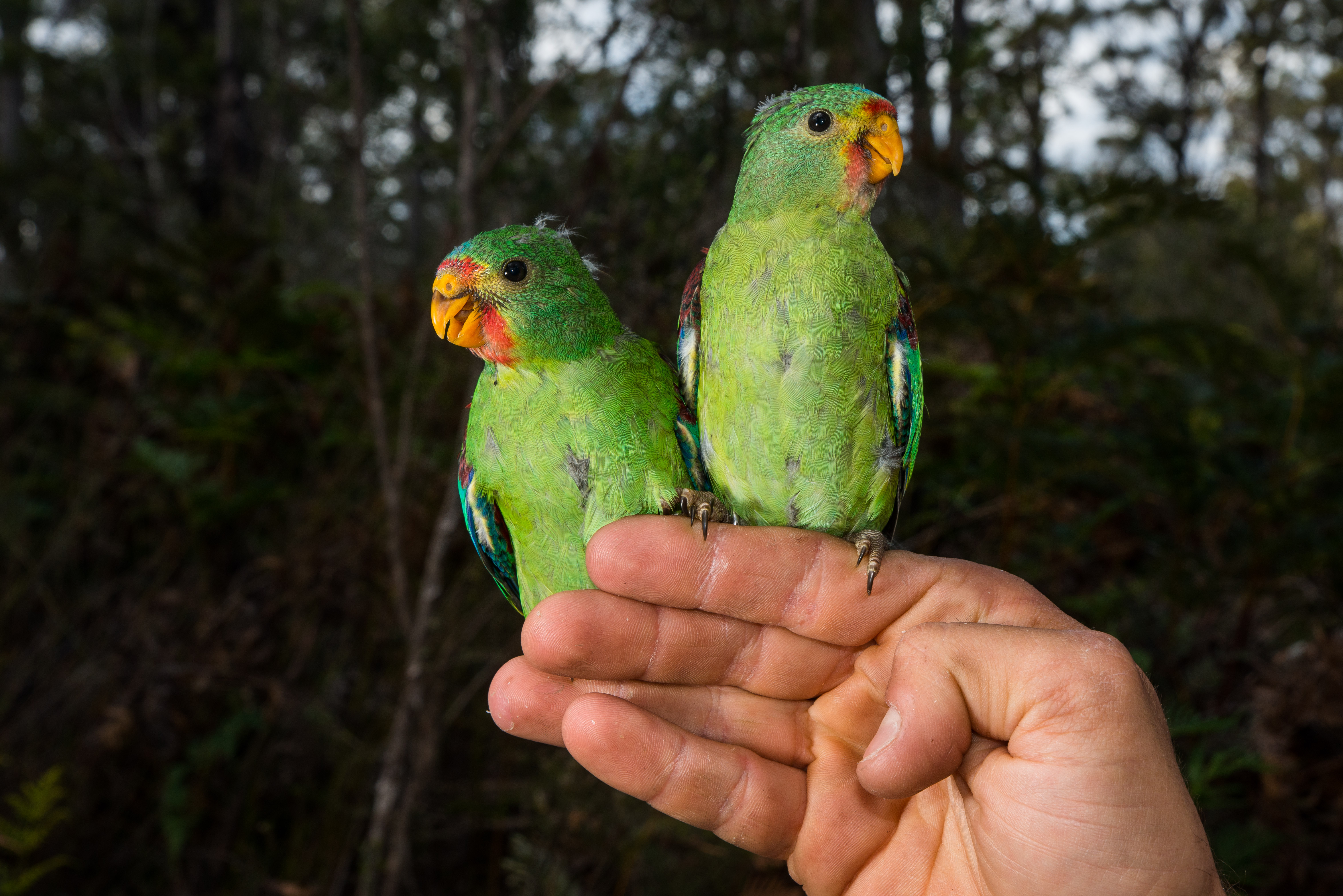 Parrots make swift use of nesting boxes in Tasmania

You can hear the excitement in Dejan Stojanovic’s voice down the line from Bruny Island, Tasmania.

The TSR Hub researcher is in the field, checking on the 300+ nesting boxes he and his team spent a large part of their winter installing in known swift parrot territory.

“We weren’t sure the birds would use the boxes. But I’ve just checked a box that has six eggs. We’ve looked at 40 boxes so far, and 11 are occupied by swift parrots – they certainly are making use of them,” Dejan says.

“We predicted where the swift parrots were going to be this year, and it’s a great area. There is plenty of food, plenty of flowering about to happen.”

The location has previously been a nesting site for swift parrots, and Dejan says the birds are somehow able to assess the relative quality of different breeding sites across Tasmania each year, and settle to breed in the best location.

Swift parrots are nomadic migratory birds that breed wherever in Tasmania the most abundant food is available, but are critically endangered. Introduced sugar gliders have heavily preyed upon swift parrots, killing females while they are nesting, causing a dramatic decline in the species. The Bruny Island site is sugar glider free, making it an important focal point for the species conservation.

Dejan and his research team have monitored the settlement and flowering patterns of swift parrots across Tasmania since 2009. That the parrots are using the nesting boxes indicates a success of their monitoring efforts, with more research opportunities to follow.

Dejan says “soon the birds will have three habitat options – natural hollows, the nesting boxes, and hollows that were ‘carved out’ by a small army of volunteer arborists who arrived on the island this past weekend.

“It will give us some great data for comparisons; it’s really a great opportunity to investigate the birds’ nesting preferences further, and figure out whether these techniques can help us breed parrots in safe locations.”