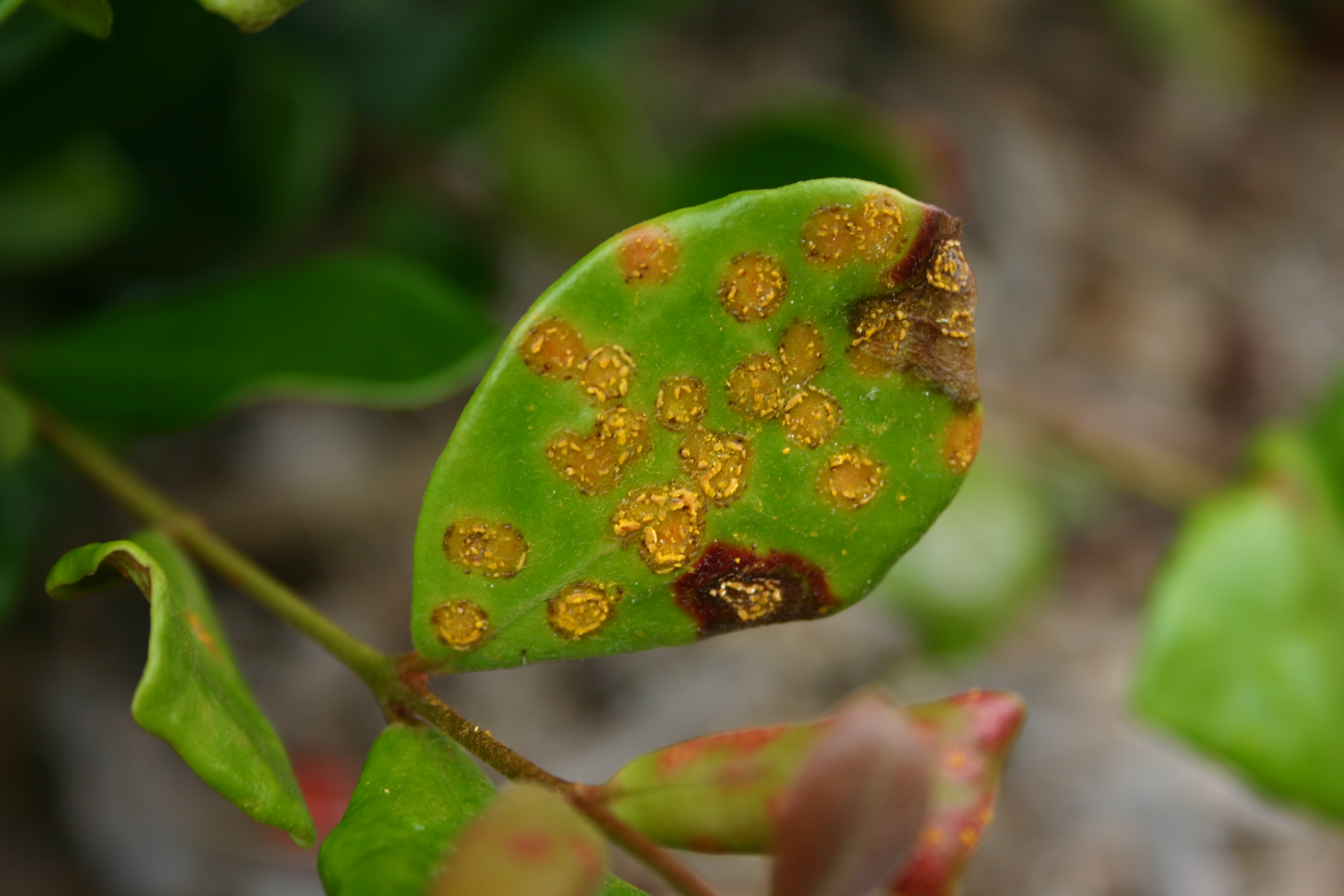 Australian environmental experts are keen to explore a unified approach to combat myrtle rust, in the hope of preventing the devastating disease from spreading to Western Australia.

The need for a more coordinated response was raised in a recent national workshop coordinated by the TSR Hub in April, amid concerns that previous efforts have been sporadic and ineffective. A working group was established to progress a national plan.

“We believe there are still things we can do to mitigate the impacts of myrtle rust and prevent extinctions,” said Dr Ben Phillips, who leads the Hub’s Project 1.4.

Myrtle rust is an exotic fungal plant disease that entered Australia in 2010 and has since spread rapidly throughout eastern Australia, infecting and killing plants in the Myrtaceae family (eucalypts, tea trees, bottle brushes and paperbarks).

“While it’s now almost impossible to rid Australia of myrtle rust, because its spores disperse so easily, our focus is keeping it away from WA (a biodiversity hotspot for native plants) and working to mitigate its impacts,” explained Dr Phillips.

The workshop was attended by leading biosecurity experts from government, research institutions, primary industry groups and conservation parks and led to the establishment of a working group to oversee Australia’s first national myrtle rust protection plan.

Dr Geoff Pegg, Forest Pathologist at the Queensland Department of Agriculture and Fisheries and workshop organiser, is optimistic about the plan.

“I think it’s important for us to take what we have learned from the myrtle rust outbreak and develop better structures for dealing with invasive pests and pathogens in native ecosystems,” said Dr Pegg.

“The working group established in this workshop will form and oversee those structures.”

The group will use its extensive biosecurity experience and incorporate advice from American and New Zealand experts to mitigate the damage caused by myrtle rust and prepare for other potential new disease outbreaks.

Dr Phil Cannon from the United States Department of Agriculture, which has been dealing with the challenges of exotic plant diseases in Hawaii and California, highlighted that a national protection plan will help to keep out many more, and worse, pathogens yet to enter Australia.

Workshop participants toured the Brisbane Botanic Gardens to observe the extensive damage caused by myrtle rust, hearing firsthand accounts from botanists who documented the spread of infection and the vulnerability of certain myrtle species.