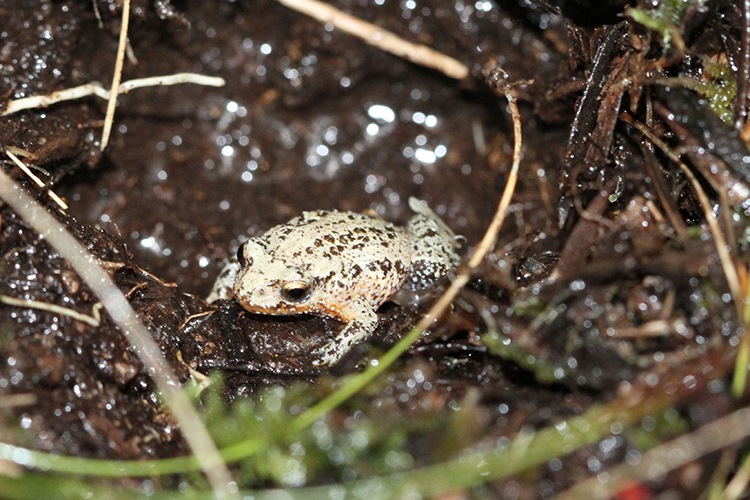 Why do tiny frogs persist or perish on a tiny scale?

The white-bellied frog in south-western Western Australia is experiencing population extinctions throughout its small range. The driver of recent declines is a mystery, but Emily Hoffmann of the University of Western Australia is on the case. She presents some of the pieces of the puzzle here and asks some of the questions that may produce the clues we need to solve it.

The white-bellied frog is probably not what you think of as a ‘normal’ frog. They are pretty teeny – only weighing around a gram or so as an adult – and they are entirely terrestrial, living all of their life stages on land (yes, including the tadpoles!). Females lay a small number of eggs in a shallow depression in moist soil made by a male frog and they form a jelly-like pool. The eggs develop into tadpoles entirely within that little jelly-filled burrow, and emerge as miniature frogs a couple of months later. They will then take potentially two or three years to mature into adults.

White-bellied frogs are unique to south-western Western Australia and are only found in a small number of isolated patches near headwater streams in the Margaret River region. It is estimated that the total area they occupy is less than 2 km2 – so you could think of them as a ‘micro’ endemic. And they really like it in these swampy patches. These frogs show incredibly high site fidelity, with males found to move less than five metres in a year on average. So even though some populations are not physically far away from each other, genetics work has shown them to be isolated, with almost no movement between populations. So in essence, these frogs are rather fussy, sedentary and are slow to mature (not that dissimilar to myself now that I write it …).

Since their relatively recent discovery in the 1980s, over half the known populations of white-bellied frogs have become locally extinct. In the past, habitat clearance and land use change were clearly responsible for their decline, but more recently a dedicated team of conservation managers noticed populations being lost in areas that seem ‘untouched’. These declines are more of a mystery and are continuing to occur throughout the species’ range.

In eastern Australia and other parts of the world, enigmatic frog declines have been linked with the notorious chytrid fungus, which causes the infectious disease Chytridiomycosis, but in Western Australia it does not seem as likely. While it has been detected in the area, infection levels were low and not thought to be linked to the decline of white-bellied frogs.

Conversely, we do know that there are climatic changes happening on a regional scale in south-western Western Australia. Rainfall in the south-west has reduced by around 15% over the past 40 years. Furthermore, there is evidence of increased air temperatures, declining groundwater and reduced summer flows in catchments in the area. These factors could be altering the moist and cool patches on which this species solely depends. So, are white-bellied frog declines and population extinctions linked with changes to the microclimates within their unique habitats? That is what we (a group of scientists from the University of Western Australia and conservation managers from Western Australia’s Department of Biodiversity, Conservation and Attractions) have set out to try and answer. 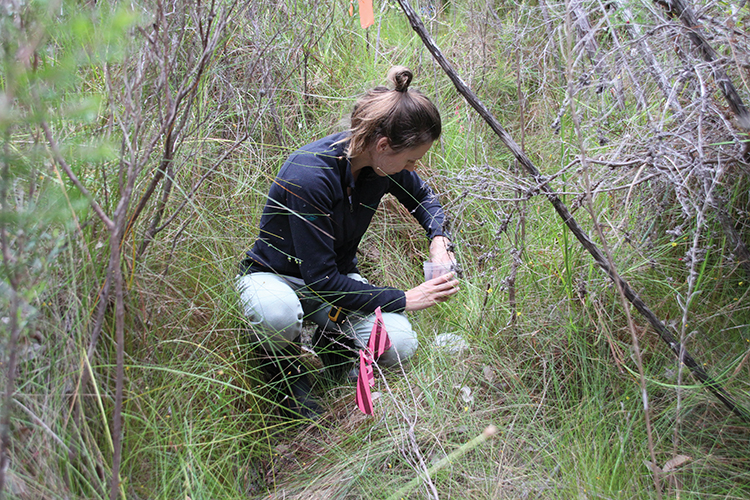 Finding the key to persistence

Over the past year, I have been getting up close and personal with the dense and rather spiky swamps where these frogs solely occur. We have been looking at sites where the frogs are present and comparing the habitat characteristics with adjoining areas that look ‘good’ but where the frogs are absent, or areas where they used to be but are now locally extinct. This could tell us what is driving the recent population declines and what particular habitat qualities are associated with a ‘good’ frog site.

The results so far support our micro-climate hypothesis – nearby sites where the frogs don’t occur or have become extinct were drier and experienced more extreme temperatures over the summer months. We are now looking at frog eco-physiology to try and ask how white-bellied frogs may respond to environmental changes, particularly, how hot is too hot, and how dry is too dry for these frogs?

We hope we can use this fine-scale understanding of their habitat requirements to predict where they stand the best chance of survival and aid with selecting translocation sites that are most likely to support viable populations into the future. 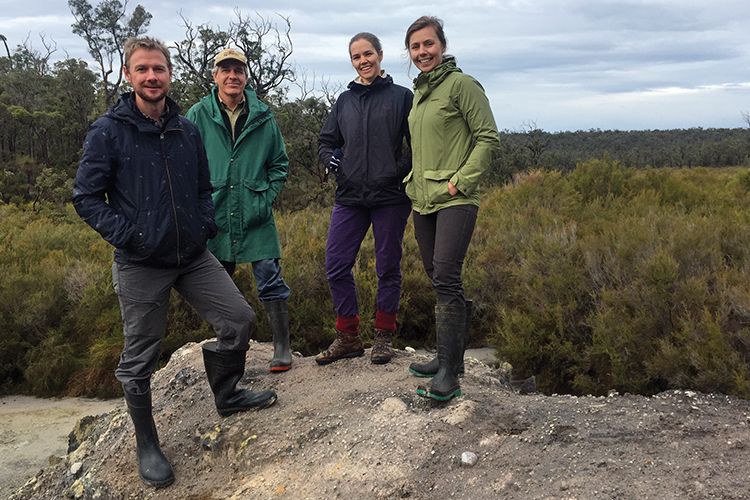 Why do we care about (these) frogs?

Frogs in general are not doing well in the current global extinction crisis. More than one in three are threatened with extinction around the globe. Research into frog declines has emphasised that each case is unique, and thus we need to investigate and understand the drivers of decline on the scale of individual species.

White-bellied frog populations are continuing to decline and without research will likely continue toward the extinction path, without us knowing why. These specialist species are sensitive to environmental changes, and their declines could be indicating changes we are currently unaware of. For a species restricted to such a small area of specialised micro-habitat, and one that has little capacity to move, it also raises the important question about the future of species in a changing climate.

There’s still so much we don’t know about the natural world. Why do species occur where they do? How do they all interact and are they unique and important? It would be hard to ask these questions when they are no longer there, so we must ask and learn from them now. 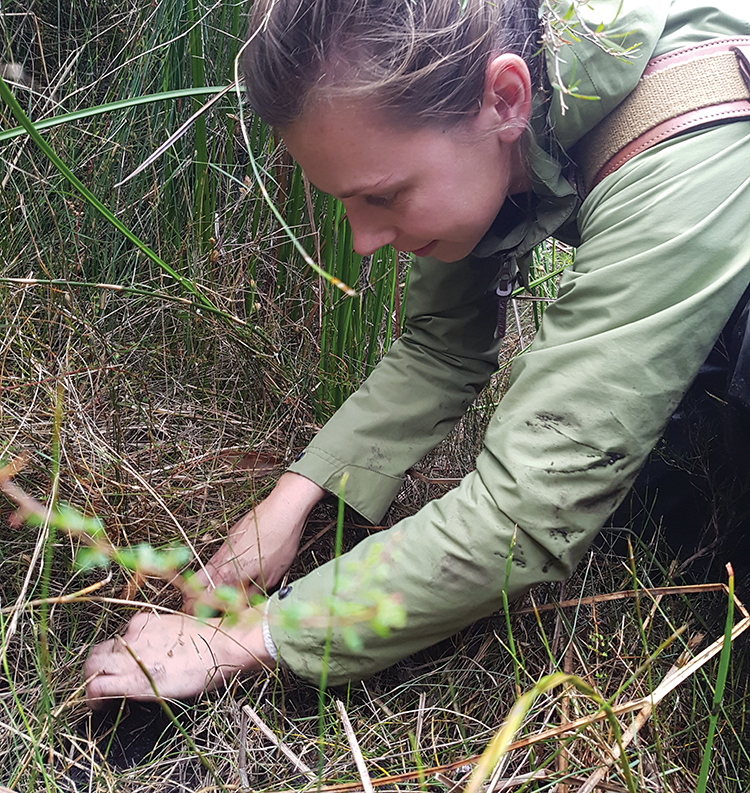 This Threatened Species Recovery Hub Project is a collaboration between the University of Western Australia, the Western Australian Department of Biodiversity, Conservation and Attractions, Parks and Wildlife Service and Perth Zoo.

This article was first published in the Naked Scientists (www.thenakedscientists.com).