The ghosts of digging mammals past

Once upon a time, not that long ago, Australia hosted an abundance of digging mammals like boodies, bilbies and potoroos. With the loss of these species from many parts of the landscape comes the loss of the work they did as ecosystem engineers. Leonie Valentine, Bryony Palmer and Gabrielle Beca unearth some important findings about the importance and role of native digging mammals in the Australian landscape and things to consider when returning lost diggers to their homelands.

From subterranean marsupial moles to hairy-nosed wombats, digging mammals once occurred right across the Australian mainland, and on many islands. However, over the past 200 years, most of Australia’s unique digging mammals have undergone drastic population reductions and range declines due to habitat loss, predation by cats and foxes and altered fire regimes. Species like the boodie (or burrowing bettong, Bettongia lesueur) were previously widespread, but are now found only on offshore islands like Barrow Island or in fenced conservation reserves where they have been reintroduced. Other species, like the lesser bilby (Macrotis leucura) and pig-footed bandicoot (Chaeropus ecaudatus), were considered common by Indigenous Australians and early Europeans but are now gone forever. 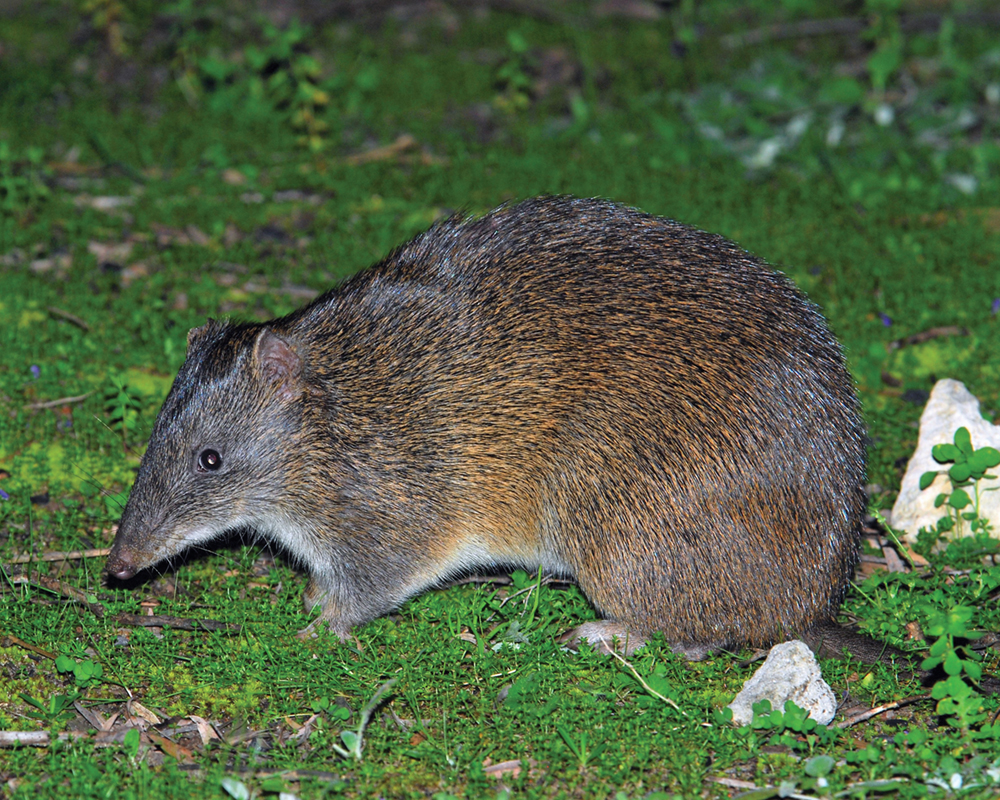 Why are digging mammals important?
By creating burrows for shelter, ploughing through soil or digging foraging pits when searching for food, mammals (and other animals) move and rework soils, a process known as bioturbation. Although the digging activities of some mammals appear small at a local scale, their cumulative impact can be surprisingly important for broader-scale landscape processes. Consequently, many of Australia’s digging mammals are considered ecosystem engineers. But many digging mammals are now absent from much of their former range. Without them, the ecosystem functions these animals once provided are no longer taking place. This may be compromising landscape health by reducing key processes such as soil turnover, water infiltration, nutrient cycling and plant recruitment. 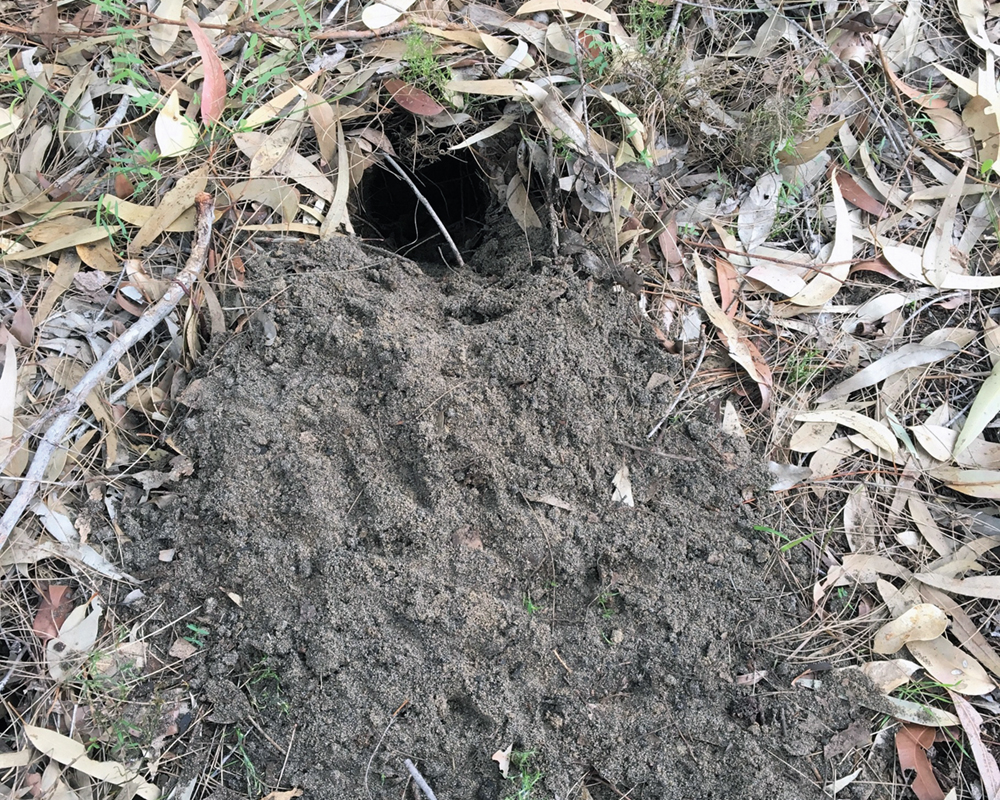 What about the rabbit?
The European rabbit, an introduced digging mammal, has spread throughout many Australian landscapes. This invasive species, with its ability to procreate rapidly and proclivity to overgraze, has caused enormous ecological damage and been the subject of many control programs. But could the rabbit be an ecological replacement for our lost native diggers? Unfortunately, it seems unlikely. Despite being considered an important ecosystem engineer in its native range, research on its impact in Australia strongly suggests that they are not functionally equivalent to our native digging mammals.

Quenda and woylie as diggers
To better understand the roles of Australian digging mammals, we have been examining what some of the persisting species can do.
A frequently spotted native digging mammal in Perth bushland reserves is the quenda (Isoodon fusciventer). Like other bandicoots, the quenda has suffered range contractions and population declines, but it persists in some urban bushlands and has been reintroduced to others, such as Craigie Bushland (managed by the City of Joondalup).

Quenda use their well-developed fore-limbs to dig for underground food, such as invertebrates, fungi and tubers, turning over substantial amounts of soil in the process. Through the creation of foraging pits, quenda break the crust of the soil surface, which changes the ability of soil to repel water. The combination of digging and discarding soil exposes subsurface soil and buries organic matter and litter under the spoil heap, potentially helping litter decomposition. 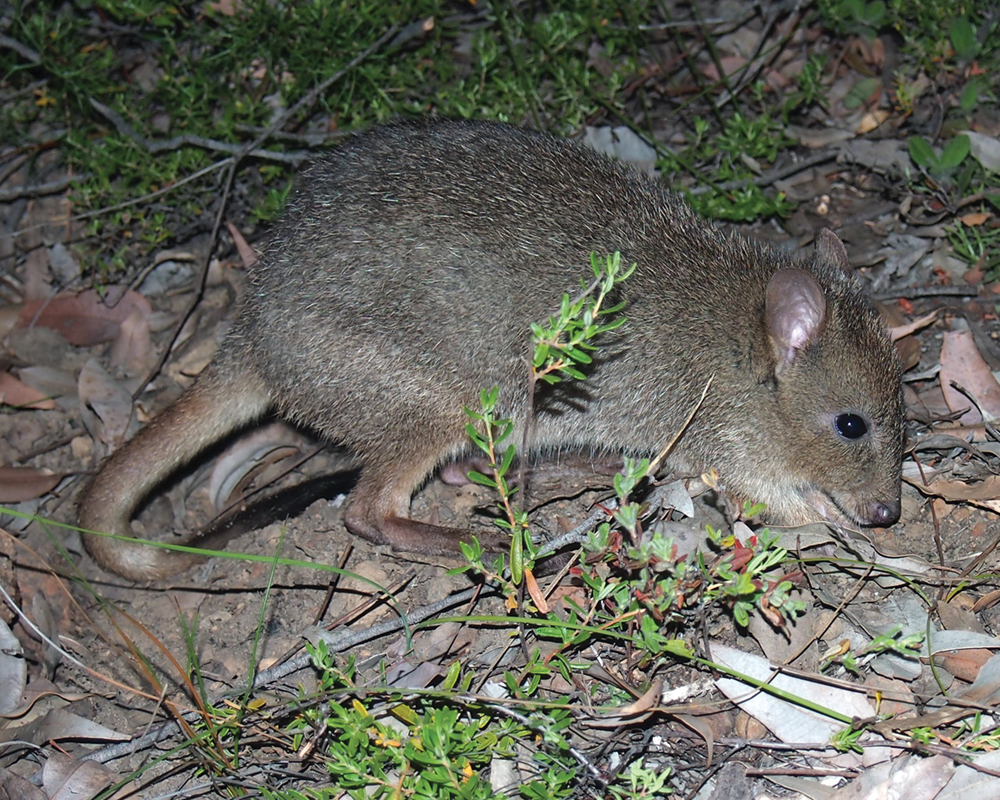 We’ve recorded higher levels of soil properties important for plant growth, such as potassium and electrical conductivity, in the spoil heaps created by quenda than in undug soil. These extra nutrients may assist seedling growth. In a trial, the seedlings of a local eucalypt, tuart (Eucalyptus gomphocephala), grew faster and bigger in soil from quenda spoil heaps than seedlings grown in undug soil.
Previously occurring across much of southern Australia, the woylie (or brush-tailed bettong, Bettongia penicillata), is now restricted to just 1% of the mainland and is listed as Critically Endangered. This delightful digging mammal still occurs in the proposed Dryandra Woodland National Park, an unfenced reserve approximately 170 km south-east of Perth. Woylies are also ecosystem engineers, turning over vast amounts of soil while digging for their dinner (mostly fungi, roots and seeds). They may also play an important role in the dispersal of some plant species, such as sandalwood (Santalum spicatum), through seed-caching behaviours. We are investigating their effect on both soil properties and seed dispersal. 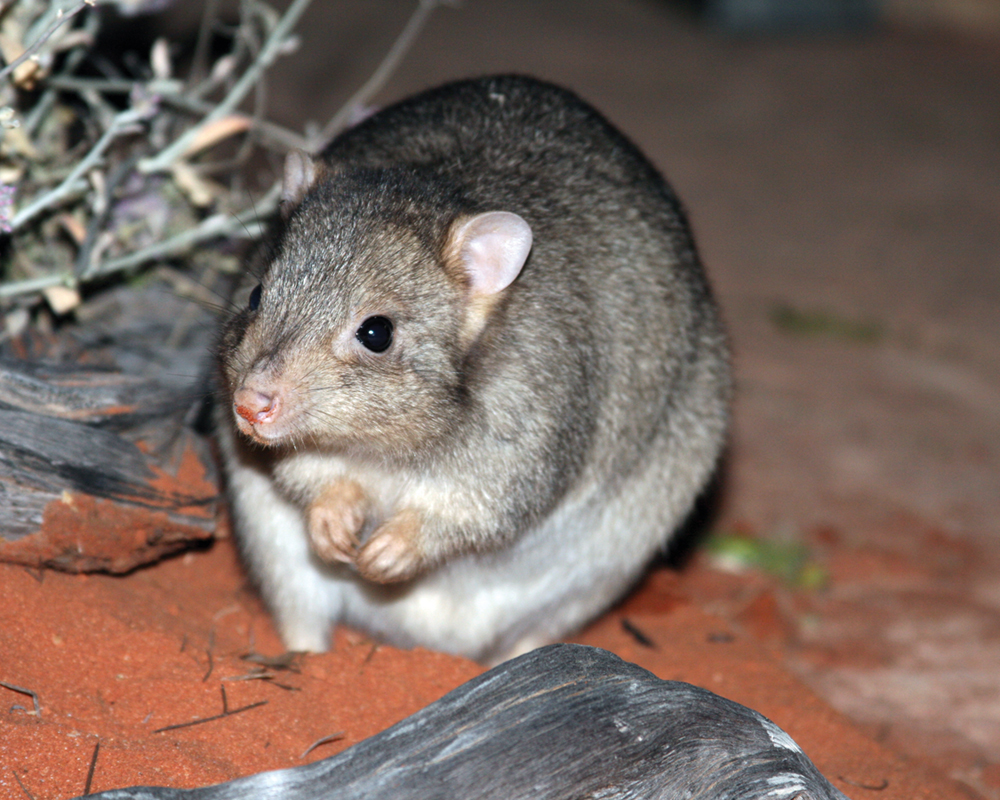 Returning lost diggers
Digging mammals are now absent from vast areas of the country. To improve the conservation status of these species, many conservation organisations, including Australian Wildlife Conservancy and Western Australia’s Department of Biodiversity, Conservation and Attractions, are working to reintroduce them to selected areas – usually behind predator-proof fences or on predator-free islands.
Reintroducing digging mammals could help to restore or reinvigorate lost ecosystem functions but the landscapes these animals are being reintroduced into are very different to when they were last present. Many native species are missing or reduced in abundance, new species of plants and animals are present, vegetation communities have been restructured by altered fire regimes and grazing by sheep or cattle, and the functions that the boodie itself contributed to have been reduced.

In this new landscape, how would the cumulative effects of thousands of foraging pits and burrows of species like boodies alter soil properties and structure vegetation communities? To find out, we are measuring soil properties and quantifying plant abundance and species composition on and off boodie warrens to see how they differ from undisturbed areas. We’ll then assess the same variables across large areas with and without boodies, and other digging mammals, to see what happens when the ghosts of diggers past are returned to Australian landscapes. 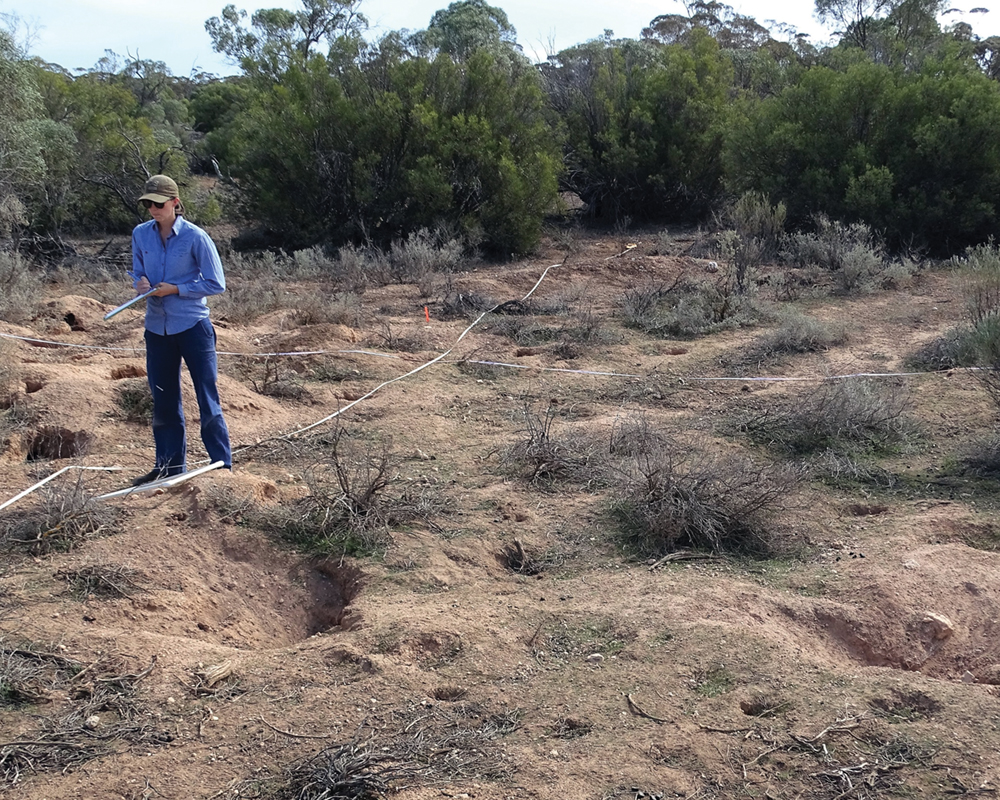