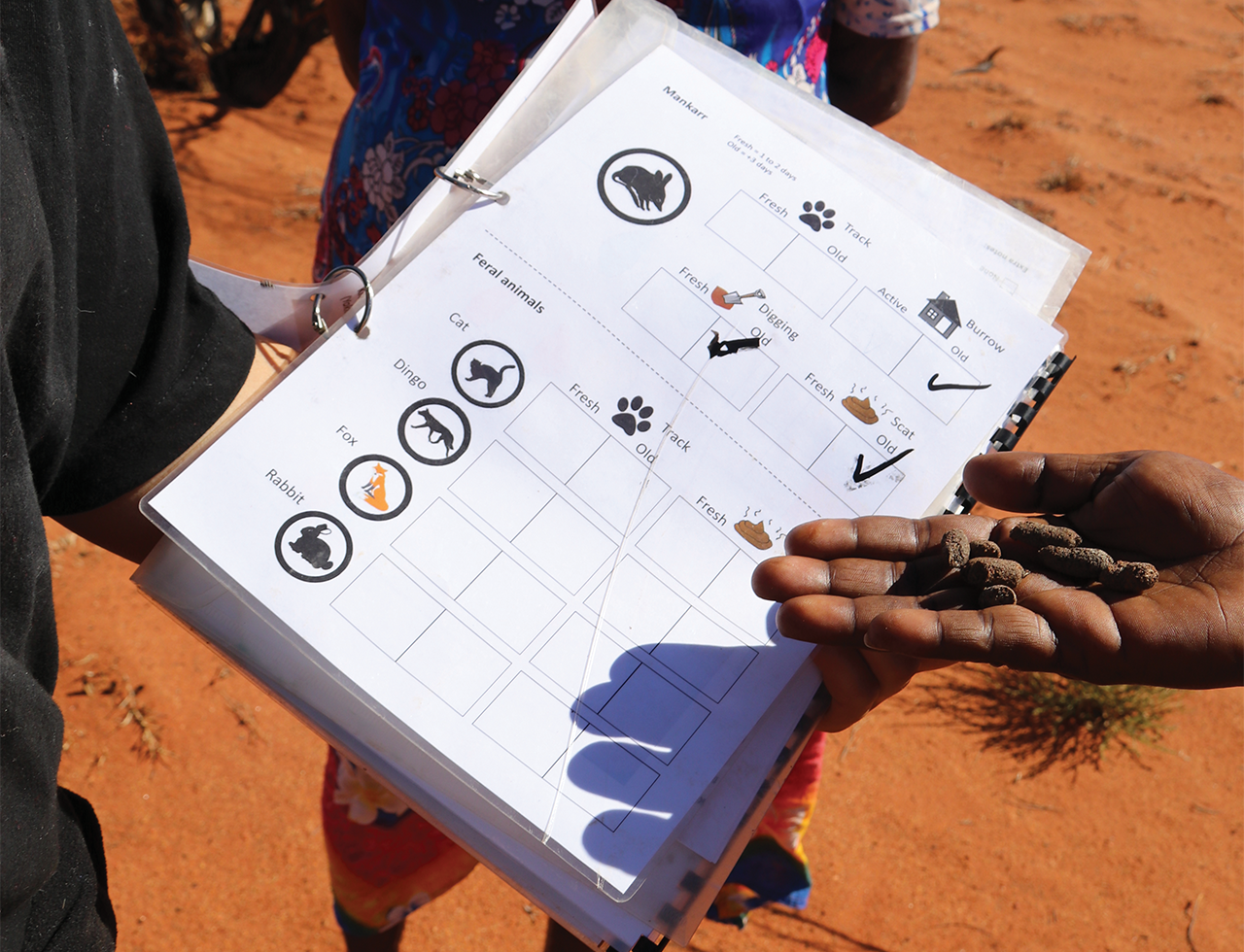 An Indigenous Reference Group (IRG) supported the hub to strengthen the engagement and participation of Indigenous people in hub projects. The IRG also worked to draw attention and support for the management of culturally significant species.

A key priority of the hub has been empowering Indigenous leadership and management of significant plants and animals. The hub has collaborated with 45 Indigenous groups on 25 research projects covering 21 Indigenous Protected Areas, four national parks and other Indigenous lands.

These collaborations value Traditional Ecological Knowledge and support two-way science approaches. They have resulted in a wide range of new and improved tools and knowledge to support improved management of threatened and culturally significant species and ecological communities across Australia.

Sixty percent of threatened species occur on Indigenous managed land. The hub’s Healing Country report quantifies current and potential Indigenous involvement in managing species that are significant for conservation across Australia and identifies four ways that Indigenous leaders and practitioners can be supported to empower their rights and responsibilities to heal Country for significant species.

Martu Traditional Owners are custodians of one of the last strongholds of the greater bilby. Martu people collaborated with hub scientists from The University of Melbourne to co-design and establish a robust and practical monitoring program for bilbies and pest species which is based on Traditional Ecological Knowledge and tracking skills. The monitoring program is helping Martu people to evaluate the effectiveness of their land management strategies for bilbies and contributes to national recovery
planning. Their 2017 and 2018 surveys found bilby signs at 80% of sites and
cat signs at over 50%.

Karajarri and Ngurrara Rangers and Traditional Owners have led research projects to support culturally informed fire management over the pirra (desert) of the Karajarri and Warlu Jilajaa Jumu Indigenous Protected Areas. The rangers collaborated with scientists from The Australian National University, Charles Darwin University and Environs Kimberley to use old aerial photography to understand fire regimes of the past, and to set up a biodiversity monitoring program to measure management outcomes. The monitoring is helping the rangers to set clear management targets for fire-sensitive species and to tell their communities about their work.

Arakwal National Park is owned by the Arakwal people and is governed through a joint management agreement. Two of the park’s significant values are the Graminoid Clay Heath Endangered Ecological Community and the associated Byron Bay orchid. A CSIRO project supported an Arakwal-led approach underpinned by IUCN Green List evaluation frameworks to develop an effective cross-cultural planning process and seasonal planning calendar for the park and orchid. The guidelines can also be applied to other species and locations and have been recognised by the IUCN as good practice, and are now shaping how Green Listings are done. 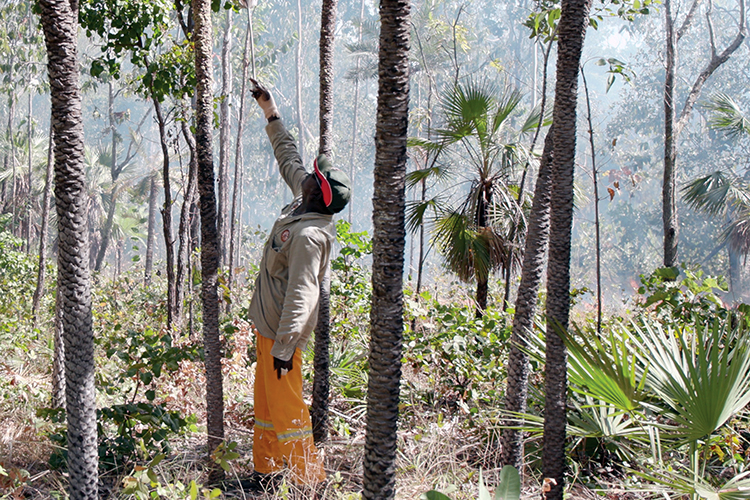 A collaboration between The Tiwi Land Rangers and Charles Darwin University has investigated how cats, fire and habitat conditions interact to impact native mammals on the Tiwi Islands. The findings have given the Tiwi Land Rangers confidence that their new fire management strategies will help conserve native Tiwi mammals. They have begun implementing island-wide programs of low-intensity burning in the early dry season. This will help to decrease the frequency and extent of high-intensity wildfires late in the dry season, while also leaving plenty of patches of unburnt vegetation, to help species like the brush-tailed rabbit-rat survive in a world with cats.

Top image: Martu rangers and Traditional Owners are using traditional tracking skills to find signs of mankarr (bilbies) and their threats during timed searches then record this on a data collection sheet. Image: Kanyirinpa Jukurrpa (KJ)