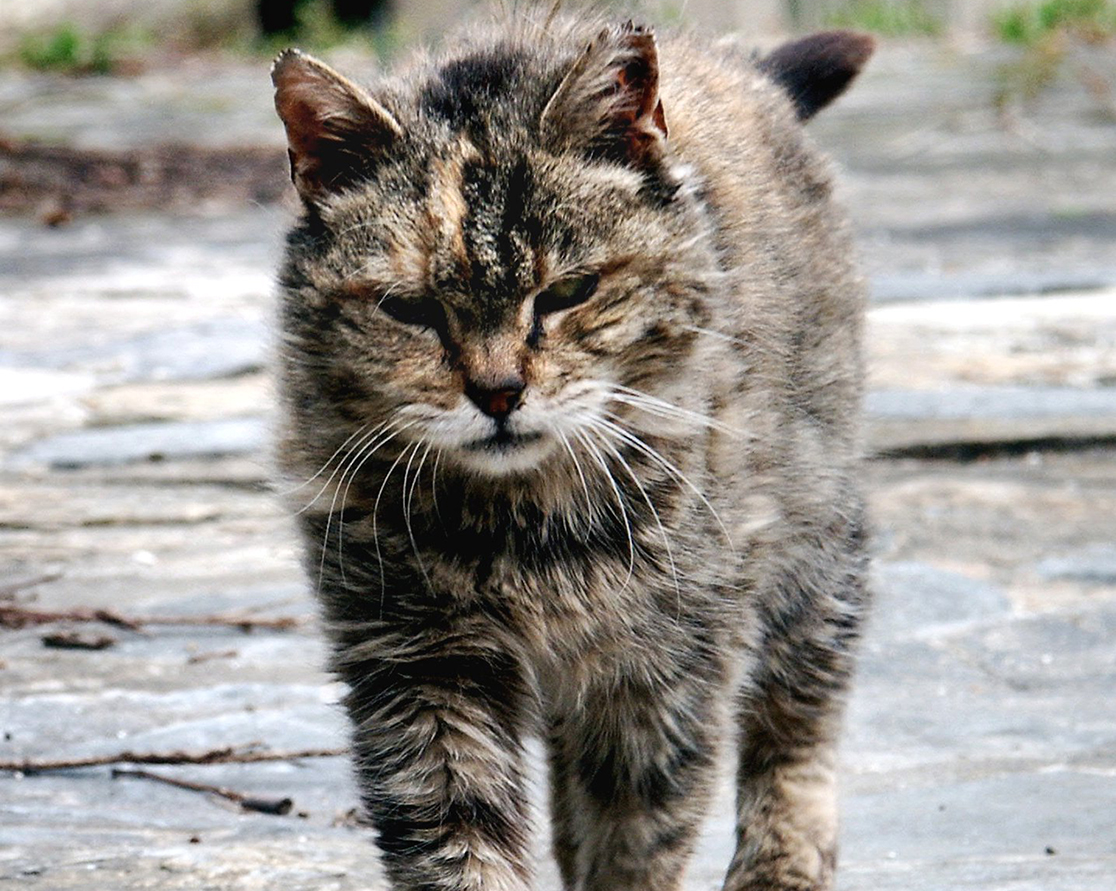 Rabbits off the menu for feral cats

Fourteen feral cats captured in the wild have been re-released to measure their predation on native animals.

The cats wear collars that track their whereabouts and activities through video, GPS and VHF beacons as part of the NESP TSR Hub’s Integrated management of feral herbivores and feral predators (Project 1.1).

The research, led by Dr Hugh McGregor from the University of Tasmania, seeks to understand how the hunting behaviour of feral cats changes post-calicivirus (when rabbit numbers suddenly fall), including by measuring the occurrence and impacts of pre-switching by cats.

There are long-term gains to native plants and animals resulting from the reduction in rabbit numbers through use of calicivirus (through improvements to vegetation as well as overall reductions in the densities of foxes and cats) but there may also be at least short-term detriment to some native animals.

“After calicivirus, the sudden scarcity of rabbit numbers could cause cats and foxes to ‘prey switch’ to native animals. In some circumstances, prey-switching could cause the local extirpation of a population of native species. For example, we think that the loss of some populations of rock-wallabies in the arid zone may have occurred because of prey-switching after the first calici virus release,” says Hugh.

Hugh aims to discover whether prey-switching occurs, and if so how it can be managed. He also aims to identify the threshold density of rabbits that results in cat densities with minimal impacts on native species.

“By describing the hunting behaviour, including the kill rates and prey choice of feral cats, we can make better calculations of the impacts of prey switching on native populations.

“We’ve been tracking the cats for a couple of months already, since July, and very early video footage is showing that the cats are hunting selectively around rabbit warrens and preferring rabbits as prey.

“When the footage shows a cat preying on a native animal, it can be quite confronting. The native animals are clearly unused to being hunted by such a predator.”