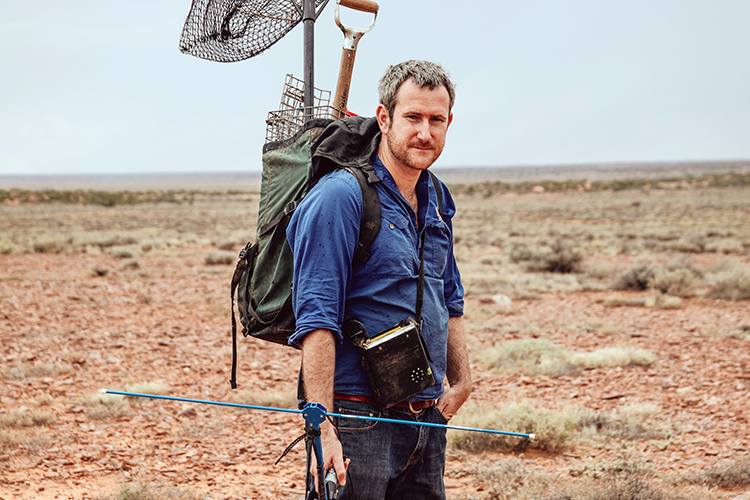 Feral cats are one of the greatest threats to Australian wildlife – and one of the most enigmatic of creatures. They therefore offer an incredible subject for a research career.

My journey with cats began when I volunteered at the Arid Recovery feral-proof fenced reserve in South Australia many years ago. The thriving populations of so many threatened mammals within the fence contrasted so sharply with how few mammals there were outside, where the cats were. Like many ecologists before me, I was greeted with the confronting sight of radio-collared animals like threatened bilbies that had been killed by a cat the night before.

I was offered a great opportunity to do a PhD on feral cats in the Kimberley, Western Australia, under the supervision of Sarah Legge (then with Australian Wildlife Conservancy), and Menna Jones and Chris Johnson (both of the University of Tasmania). The focus of the project was on measuring how cats interact with fire and grazing regimes to better understand how these factors interact to drive declines in native mammal species in northern Australia.

I moved to the beautiful Kimberley. Doing my PhD embedded within an organisation (AWC) gave me a wonderful chance to understand other important parts of the conservation industry by getting involved with everything from philanthropy to fire-fighting. It gave me greater insight into cats and my research, too. We spent a week in the October of my first year fighting a wildfire, and were then amazed to map the movement points from my study of cats that showed them leaving their usual territories to go hunting in that fire scar. The evidence and insights about what drives cat hunting success continued to amass as I worked with staff, other students, neighbouring pastoralists, dog handlers and volunteers to piece the puzzle together.

I really wanted to get even further into the mind of a cat, so I started to develop video collars. It was hard going, and I had to fund and build the things myself. There was much heartache and not huge amounts of footage considering the amount of effort I put in – but it did pay off. I was able to see up close (really, really close!) the immense damage that cats do to native animals – killing native mice, frogs and lizards. Yet I also saw many beautiful moments, like cats playing with their kittens.

The Threatened Species Recovery Hub has given me another opportunity to get right in and understand cats in a new ecosystem. It also got me back to Arid Recovery, where it all began for me, this time looking at how cats interact with rabbits. You can read more about this research in the article on page 20 of the special cats Issue 14 of Science for Saving Species.

My career in cat research has taken me to some diverse places. I’ve now helped to collar over 100 cats across Australia, in the Kimberley, Arnhem Land, Cape York, the Diamantina and South Australia. The cats seem different everywhere, and in every location I learn new insights into just how varied and adaptable they can be. Kimberley cats seem to avoid cage traps; Arid Recovery cats have no qualms about them. Cats in some places love fire scars and in other places avoid them. Whenever I feel I am starting to understand some patterns of cat behaviour, I get a new surprise. They seem to be constantly watching and learning from the landscape, ready to take advantage of any disturbance that tilts the ecology in their favour. They might be a tough animal to study, but they are certainly never boring.

Like others who study feral animals, I’ve developed a deep respect and regard for cats, which I balance with knowledge of the need to control them and manage their impacts. I don’t see any point in hating cats themselves, only the damage that they cause our country and wildlife. They are incredible animals, and it is endlessly fascinating and rewarding coming to understand them and trying to develop tools to effectively limit their impacts.