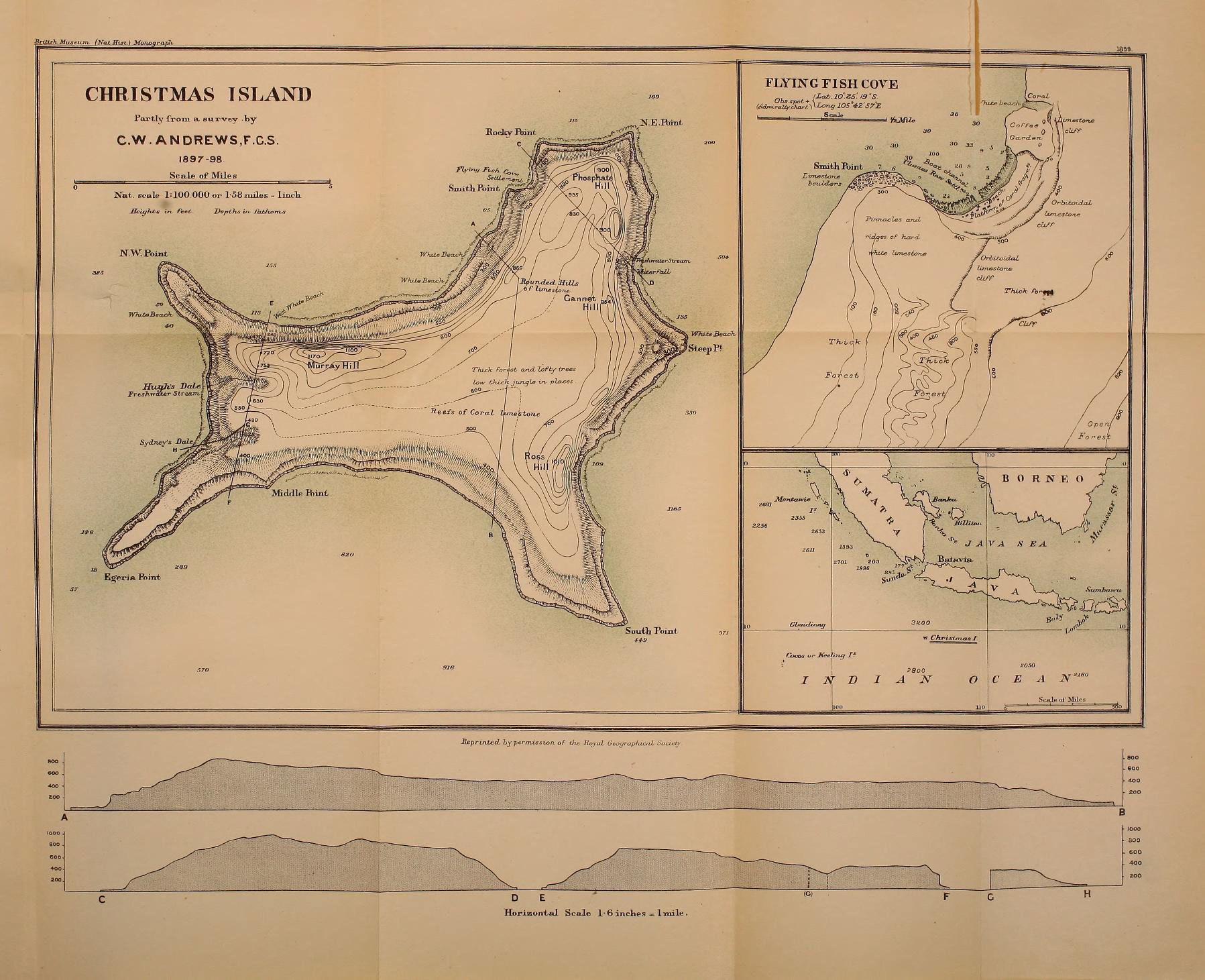 Christmas Island a high priority for the Hub

“The cause of these declines is hard to determine because it could be so many things – the giant centipedes, wolf snakes, cats, rats or yellow crazy ants swarming the island,” says Doctor Eve McDonald-Madden from The University of Queensland.

“There are so many invasive species interacting - it’s amazing when you see a diagram actually showing all the threats.

“The Christmas Island flying fox has declined dramatically in recent years and the island’s lizards are also under threat. Of Christmas Island’s endemic lizards, there’s only the Giant Gecko left in the wild, with two other species surviving only in captivity - Lister’s gecko and the blue-tailed skink.”

Led by Doctor Eve McDonald-Madden and Professor John Woinarski, in close collaboration with Parks Australia, Project 2.3 will provide evidence and its interpretation to improve conservation outcomes on Christmas Island.

This will include whole-of-island spatial planning, strategies to support the eradication of feral cats and management of Christmas Island’s threatened flying fox and lizards.

“We’ll be working with the managers to develop and implement the project further. We’re also aiming to work with all of the island’s interest groups, including Parks Australia, the local Shire and other key stakeholders to develop a whole-of-island conservation assessment to help guide management priorities.

“There are already projects underway to manage cats on Christmas Island, supported by significant investment from the Federal and West Australian governments, and it’s possible that feral cats could be eradicated within two to five years.

“But this brings new challenges - cats are also a regulatory animal with other species (i.e. rats). If you remove them there’s the potential for other invasive species to increase in number which could end up being bad for native species. We’re now looking at monitoring and management options to help Parks Australia be on the front foot.

“It’s a complex environment because there’s so much uncertainty. We might think we know how giant centipedes interact with wolf snakes, but when you scale that up to understanding interactions between 20 different species, you need to use novel methods to make decisions.

“We also need to work out what to do with the two captive lizard populations and the best way to plan for their ultimate release back to the wild (on Christmas Island or elsewhere) in the future.

“Parks Australia has been very proactive in engaging with the research community to help inform their decisions. It’s a difficult place to manage as there are so many threats, many competing interests and difficult terrain, but the managers are striving for the best outcome for this spectacular place – hopefully we can help them with this goal.”

The four universities collaborating on this project are all offering different and necessary skills, explains Dr McDonald-Madden.

“At the University of Queensland we’re bringing our expertise on modelling complex systems with uncertainty, and working closely with people who know a lot about management of cats to inform decision making in that really complex system.”