Research in Brief
The Christmas Island frigatebird is listed as Endangered under the EPBC Act, listed globally as Critically Endangered and is a specially listed priority bird species in the Threatened Species Strategy. The project consisted of a workshop held in March 2018 involving national and international experts. The workshop focused on collating the known information about threats and population trajectory of the frigate bird and proposing future research and management priorities.

The recommendations of the workshop informed a new conservation advice for the species, and have led to the development of a longer-term program of work on research and monitoring, which is being coordinated by Parks Australia. 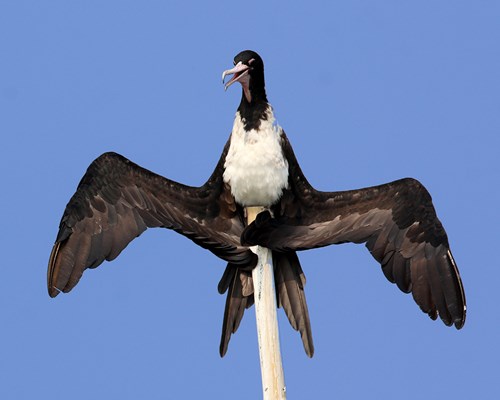 Why is the research needed?
This workshop was timely as there was considerable uncertainty about the population trends of the species and the effect of various potential threatening processes both on Christmas Island and in the non-breeding grounds in South East Asia used by frigatebirds. At the same time, the conservation advice for the species was being drafted by the Department of Environment and Energy and accurate information was needed to inform this process.

How will the research help?
By bringing together all groups working on the species, the workshop helped to build a better understanding of the status and current population trends of the species and the level of impact of the various threatening processes the species experiences. From this, recommendations for future research, monitoring methods and management actions were developed.

The workshop also informed the development of an updated conservation advice outlining the way forward for proposed research, management and monitoring activities and providing a springboard for ongoing collaborations.

A program of research and monitoring has been developed following the workshop, coordinated by Parks Australia. It includes plans to review methods for monitoring the species in both its breeding and non-breeding ranges, and a collaboration being developed between Fauna & Flora International–Indonesia Programme, CSIRO Oceans and Atmosphere and Parks Australia to investigate foraging success of frigatebirds in Indonesian waters. 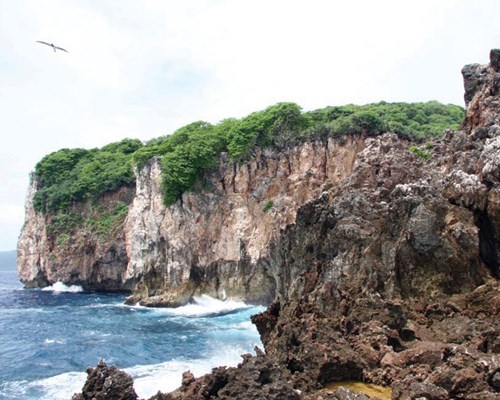 What research activities are being undertaken?
A workshop was held in Canberra in March 2018. The workshop brought together relevant people with an interest in and knowledge of the frigatebird including colleagues from Indonesia and the Australasian Seabird Group.

The workshop focused on:

Who is involved?
The workshop brought together a network of researchers and managers from government agencies and non-government conservation organisations in Australia and Indonesia, and was coordinated by Parks Australia and Stephen Garnett from Charles Darwin University. 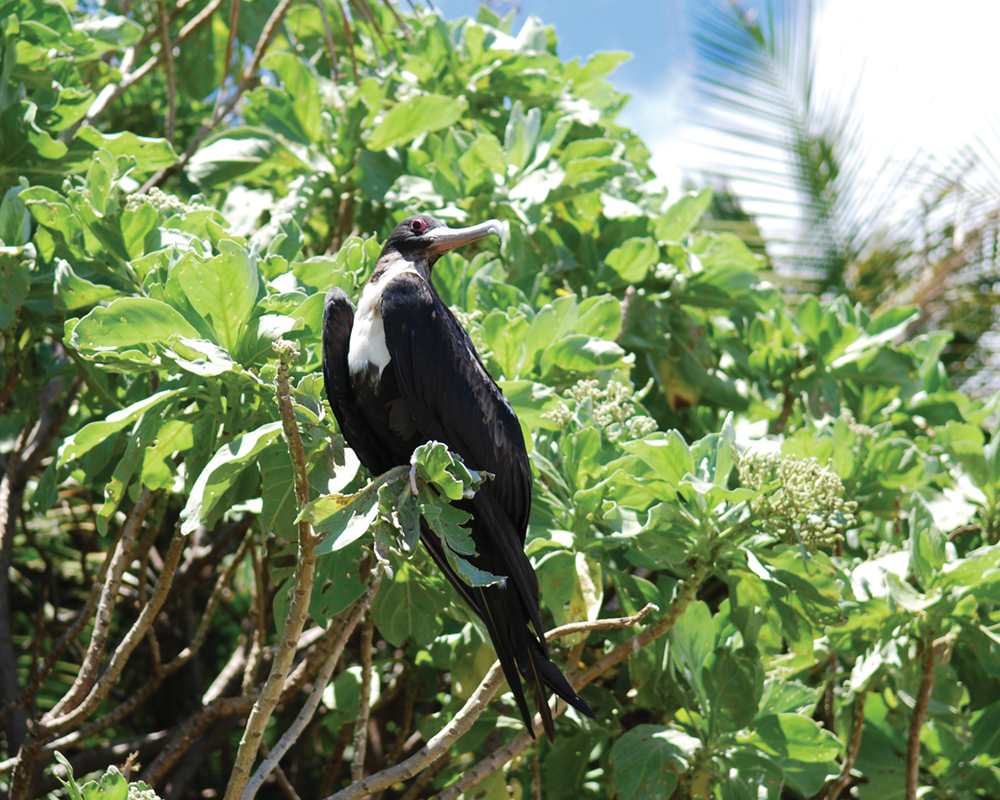 Where is the research happening?
The workshop was held in Canberra. The Christmas Island frigatebird breeds on Christmas Island and with some dispersal in the non-breeding season to South East Asian waters; ongoing research, monitoring and management will occur across this range depending on the project.

When is the research happening?
The workshop was held in March 2018.