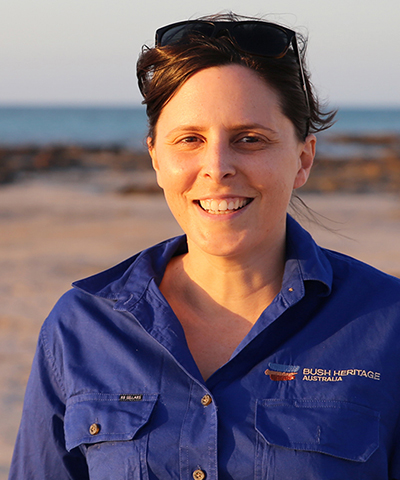 Ecologist
Bush Heritage Australia
Vanessa is employed as Ecologist NSW at Bush Heritage Australia. Her role is to oversee the ecological monitoring and research programs for Bush Heritage’s reserves and partnerships in New South Wales. Vanessa previously worked as an ecologist for Bush Heritage in Western Australia on projects including for malleefowl, bilbies, threatened orchids, feral cats and adaptive management frameworks. Over five years, Vanessa led the development of the Bush Heritage Birriliburu Aboriginal Partnership that is based on right-way science support of the growing ranger program within the Birriliburu Indigenous Protected Area in the Little Sandy Desert.

Vanessa completed her PhD in fire ecology at the University of Melbourne in 2010. She studied the effect of short fire intervals on the biodiverse Eneabba Sandplain Shrublands in Western Australia.