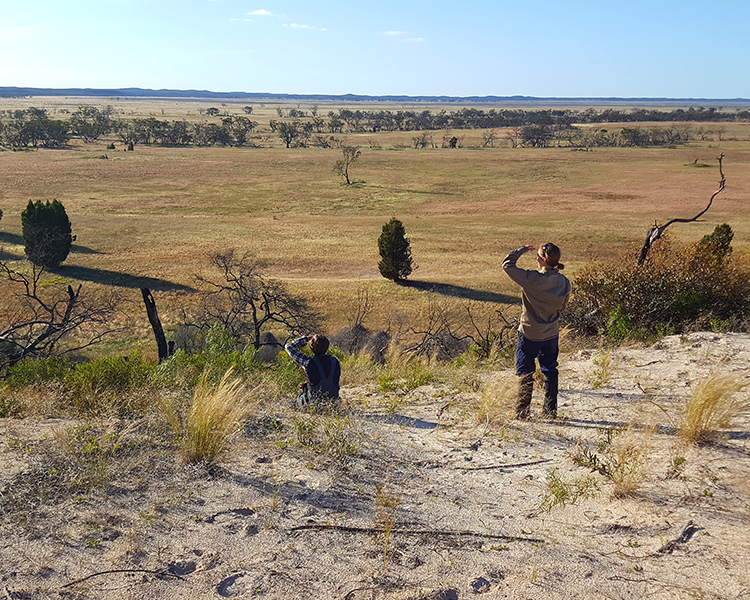 Why Buloke woodland species are failing to regenerate

The Buloke Woodlands of the Riverina and Murray Darling Depression Bioregions is an Endangered Ecological Community. Cleared over much of their original range to open up land for livestock grazing, the largest remaining remnants now lie inside national parks, but these are highly degraded. Park managers hoped that by removing livestock the Woodlands would regenerate naturally but, so far, this has failed to happen. Dr David Duncan and colleagues at the University of Melbourne have taken on the problem. Here he explains their multi-pronged approach.

Buloke Woodlands (also known as pine-buloke woodlands) are a semi-arid woodland community that occurs in the dune swales and former floodplains of ‘mallee’ landscapes in South Australia, Victoria and NSW. These relatively fertile swathes of country would have been important habitat for mammal species now regionally extinct such as woylie, red-tailed phascogale , bridled-nail-tailed wallaby, and the dingo. The woodlands were important hunting and foraging grounds for indigenous peoples, and evidence of their presence is frequently revealed by shifting sands.

When pastoralists first encountered the woodlands, they saw promising opportunities for livestock grazing. The woodlands were rapidly cleared or ‘opened-up’ for pastoralism, converted to freehold, and in places later developed for cropping. Cattle were introduced, bringing pasture weeds, and dingoes were exterminated. Eventually, following a review of public land use by the Land Conservation Council (in Victoria), grazing leases were extinguished and three of the largest Buloke Woodland remnants were incorporated into the Mallee National Parks of North Western Victoria.

The hope was that these large remnants would regenerate, but unfortunately, this has not been the case. Rabbits and kangaroos took advantage of increased grassy pick, goats made use of artificial water sources, and combined with the absence of dingoes a rapid increase in herbivore numbers resulted. Unfortunately, these changes perpetuated the damaging grazing pressure that the Government had sought to remove.

Parks Victoria aims to promote the natural regeneration of woodland species by managing and monitoring total grazing pressure – the combined impact of native kangaroos and introduced herbivores (primarily rabbits and goats). The exercise marks Parks Victoria’s longest continuous park management intervention. This management model, informed and adjusted over time (and with the help of considerable local knowledge and research partnerships), reflects the assumption that if grazing pressure is kept under control then recruitment events will naturally occur. However, although numbers of rabbits and kangaroos have been maintained at around or below target levels for extended periods, the Buloke Woodlands Community has not bounced back. 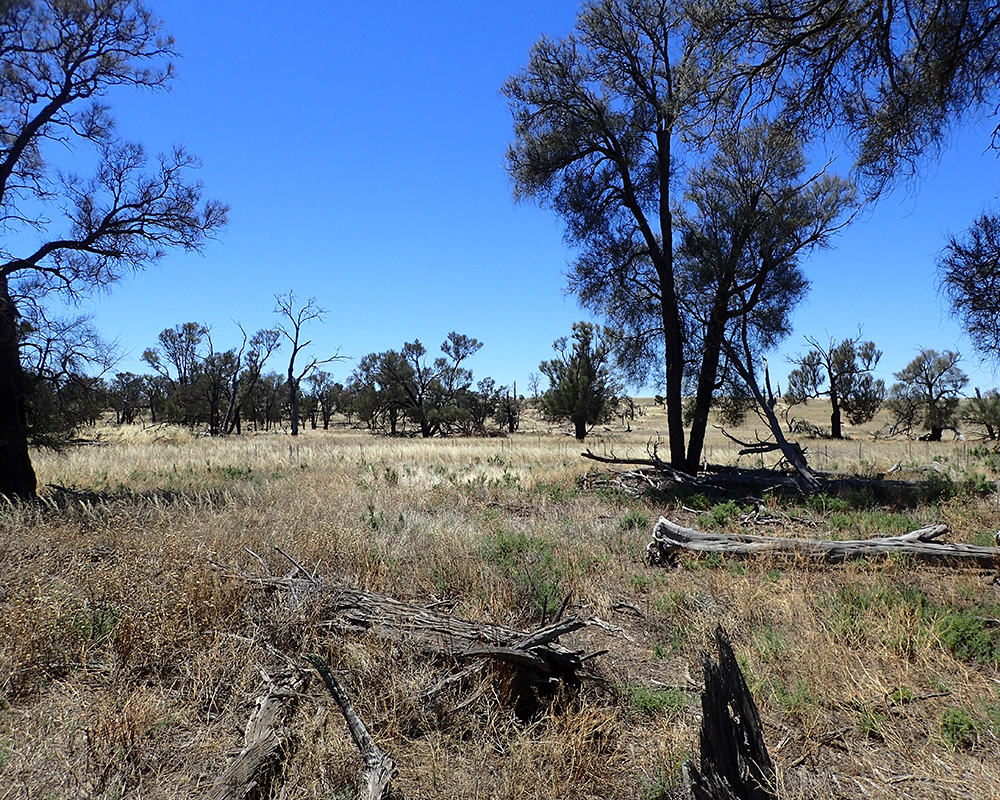 The Buloke Woodlands Community is experiencing a regeneration crisis. The remaining populations of the dominant tree species, buloke (Allocasuarina luehmannii), for which the community is named; belah (Casuarina pauper); and slender cypress pine (Callitris gracilis) are aging, and there are few seedlings and saplings coming up to take their place. Concern about the future of the community increases with each passing year in which no recruitment of canopy species occurs.

Unfortunately, it is not the only problem the Buloke Woodlands Community faces; the more palatable shrub and herb species were greatly reduced during the period of pastoralism, and most woodland patches have only a fraction of the native understorey species once present. Missing are important species such as wattles and peas, once common in this community, and the mammals mentioned earlier. Nonetheless, the recruitment of canopy species is fundamental to preserving the structure of the community, and a breakthrough is urgently required to ensure that we are not witnessing the Woodlands’ last stand.

Previous research has identified information gaps that need to be filled if managers are to adaptively address the problem, which is where the TSR Hub comes in. Our researchers are undertaking a set of projects to target these knowledge gaps. Here are the key questions we are tackling:

Under what circumstances do seedlings survive to become reproductively mature adults?

In the absence of natural regeneration of the missing tree and shrub elements of the Buloke Woodlands Community, Parks Victoria has undertaken extensive revegetation through direct seeding and replanting of buloke, belah, slender cypress pine, and several species of Hakea and Acacia amongst others. Past revegetation efforts have had limited success. Consequently, the prognosis for the current plantings is uncertain.

Dr Ami Bennett is leading a complementary, field experiment focused on hand-planted buloke seedlings. Buloke is the most perplexing case of recruitment failure in the Buloke Woodland Community because the species does recruit readily in other parts of the country. Ami’s experiment is testing how herbivore exclusion treatments and landscape position influence the survival of buloke seedlings.

Can native herbivore feeding patterns be forecast from remotely-sensed data?

PhD student Linda Riquelme is looking at how satellite imagery can be used to estimate grass biomass to help Park managers refine their kangaroo management strategy.

One of Park Victoria’s most heavily scrutinised management actions is the control of western grey kangaroo populations by culling. Western greys are thought to be the primary native grazer responsible for regeneration failure in this community. Kangaroo numbers are controlled (as are introduced herbivores) so that native seedlings may survive and reach reproductive maturity.

Buloke and pine seedlings are not the favourite food of kangaroos. However, it is believed that when the amount of native grass drops, kangaroos switch to other food sources, like seedlings of buloke, pine, shrubs and forbs. Therefore, managers need to be able to forecast how much grassy forage is available to better target kangaroo control to times when the risk of over-grazing is high.

Putting the pieces together

Each of the above studies targets a particular knowledge gap. Filling these gaps will benefit the management of the Buloke Woodlands Community into the future by providing an evidence base upon which more targeted and cost-effective management decisions can be made.

My job will be to combine new insights from these studies with existing knowledge from previous work to simulate management action and consequence scenarios for the Buloke Woodlands. The models I produce will help identify management priorities in the coming years.

Enhancing regeneration of buloke woodland species has proved a more difficult challenge than I ever imagined. Through targeted field trials, addressing knowledge gaps, and synthesising decades of disconnected work, we hope to contribute to a reversal of the fortunes of the Buloke Woodlands Community.

Top Image:  Ami Bennett (left) and Emily Baldwin look out from the crest of an ancient dune toward the Wirrengren Plain (Wyperfeld NP). A solitary young pine grows below the dune, and behind it a mature buloke. The area they are gazing at would have formerly been dominated by the Buloke Woodland Community. Photo: Kate Cranney