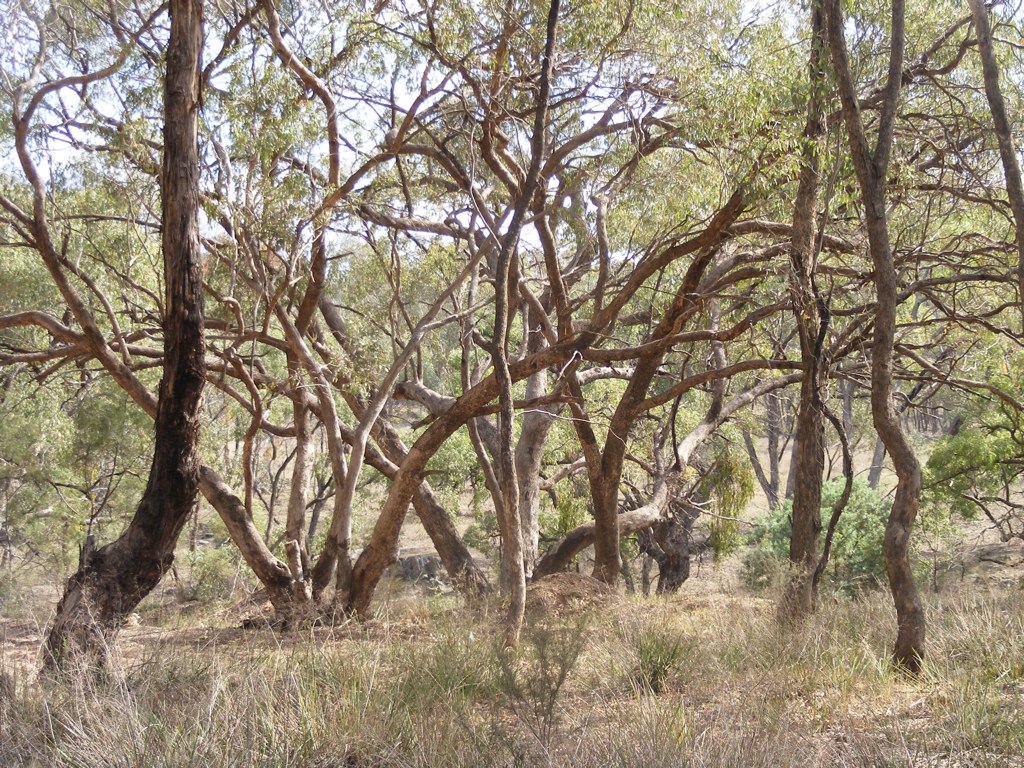 “Threatened and endangered species need the right vegetation and resources throughout their lifecycle to survive, and when you’re dealing with habitats you’re rarely just conserving one species – it’s often whole communities under threat,” says Associate Professor Peter Vesk from The University of Melbourne, who leads Project 1.2.

“A lot of the large trees in the grassy box woodlands of South-East Australia have been cleared for agricultural development and will take hundreds of years to be restored to their historic state, prior to European settlement.

“David Lindenmayer’s (ANU) group of researchers will focus on key structures like large old trees, which provide lots of flowers and large boughs. The boughs fall off to create hollows that many threatened bird species depend on for breeding.

“As well as researching habitat revegetation, we’ll assess the effectiveness of 150 purpose-built nesting boxes for hollow-dependent bird species such as the Brown Treecreeper, the Squirrel Glider and Brush-tailed Phascogale.”

Another way to improve habitats for threatened woodland birds, including White Browed Treecreepers, Swift Parrots and Jacky Winters, may be to manage the thriving and disruptive noisy miner population.

“European settlement has changed the Australian landscape in a way that favours noisy miners – which hang around in family groups and are quite aggressive in pushing other birds out of their territory. While they’re native, they’re contributing to the decline of other woodland birds,” says Professor Vesk.

“There have been calls for culling trials, but we need to know whether that would make a difference. It’s controversial as they’re native, but there has been a lot research that shows a large number of noisy minors will lower numbers of other species - particularly the smaller birds.”

Further research will also take place into how to best accommodate reptiles in the Box Gum Grassy woodlands, which don’t seem to respond to revegetation, led by Damien Michael from ANU.

“While much attention has gone into planting shrubs and trees for birds and arboreal mammals, reptiles just don’t use them, so we’ll work to better understand features such as rocky outcrops and boulders.”

The group is also trying to work out how its understanding of woodlands in one part of the country might be applied to other areas.

“While there might be Blakely's Red Gum in NSW where there’s Grey Box or River Red Gum in Victoria, there will still be woodland spacing between them, with grassy areas scattered between occasional scrubs.

“If we can generalise learnings across these woodlands we’ll be able to apply them to other places, make the best use of the research and limited taxpayer resources.”

The second major focus for Project 1.2 is the Pine-Buloke woodlands of Northwest Victoria – home to the Buloke or casuarina and Murray Pine.

“These trees are preferred food sources for the threatened Red-tailed Black Cockatoo, which uses its strong beak to get the seeds out of its large woody fruits.

“While a lot of these trees have been cleared from the woodland for agriculture and cropping, there are some mature trees remaining in the Wyperfeld National Park and we’re working with Parks Victoria to investigate why there aren’t younger trees growing to replace them.

“A major factor seems to be livestock, feral rabbits and kangaroos grazing the seedlings – as well as climate conditions. Kangaroos have a boom and bust cycle, building up to high population densities and eating all the vegetation but then dying in large numbers when drought hits. Important vegetation like casuarinas, cypress pines and rosewood just don’t have time to recover.

“We have two students starting at the University of Melbourne to better understand the grazing pressures in the region, and the best ways to give seedlings a chance of growing up to become mature trees.

“One of the students will be investigating whether there’s a good remote sensing tool to test the availability of foliage for kangaroos and the potential pressures they may apply to seedlings.”

The third key component to the project will be prioritising the many threats to habitats in the Alpine bogs and Fens – led by Dr Joslin Moore from Monash University.

Partnerships like this are a big part of Project 1.2, and the Threatened Species Recovery Hub in general.

“It’s about making the most of the available knowledge and resources. We’re partnering with organisations on the ground such as Greening Australia and Parks Victoria and will eventually expand to work with the NSW Office of Environment and Heritage and SA Department of Environment. We’re building a strong research community.”