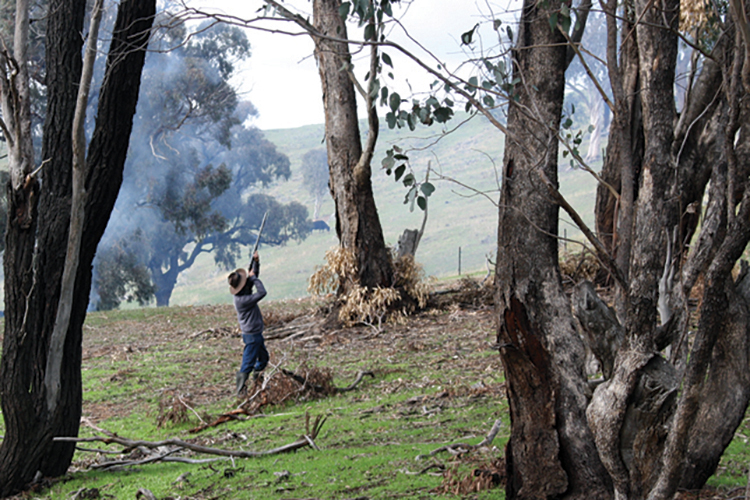 To cull or not to cull? Quieting the noisy miner

The noisy miner is possibly Australia’s most successful native bird species. It is also one of the most hated, as its success has been at the expense of many other species of woodland birds, including several threatened species. For these reasons many people call for the bird to be culled – but does it work? That is exactly what Richard Beggs from the Australian National University is going to figure out as part of a PhD project. Here he explains how this aggressive and territorial bird is causing so much trouble and discusses the challenges of controlling it.

In recent decades, noisy miner populations have expanded in fragmented landscapes across most of eastern Australia. They are a striking example of the unforeseen consequences of habitat modification. In two centuries, Australia has achieved levels of deforestation that took two millennia to achieve in Europe. This has had severe negative impacts on small woodland birds as well as encouraging noisy miners to become overabundant. 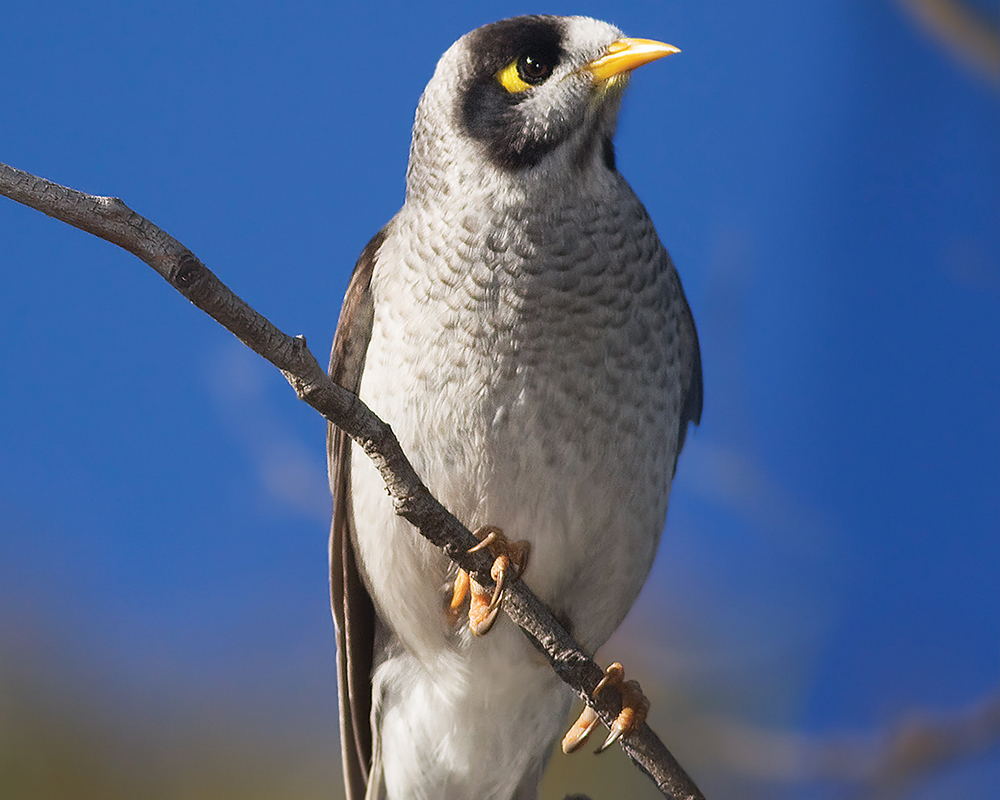 The noisy miner, possibly Australia’s most successful native bird species. Unfortunately, its success is at the expense of many other woodland species. Photo:JJ Harrison, CC BY-SA 3.0 Wikimedia commons

As aggressive, communal birds of considerable size (around 70 g), noisy miners manage to frighten away many other species of woodland bird from their patch, several of which are in steep decline.

Noisy miners favour small (under 300 ha) patches of eucalypt woodland with minimal understorey and a grass ground layer. This is the type of habitat created when native woodland is used for grazing. Consequently, the agricultural landscapes of eastern Australia provide perfect habitat for this aggressive native species, and their numbers have exploded.

So concerning are the impacts on declining woodland bird species that, in 2014, the aggressive exclusion of woodland birds from potential habitat by noisy miners was formally declared to be a Key Threatening Process under Australian environmental legislation (the EPBC Act).

It is believed that habitat restoration (i.e., re-establishing the understorey layers) is the best way to reverse the dominance of the noisy miner in these landscapes, but this is easier said than done. It takes time and money, there is considerable uncertainty about how to achieve enduring restoration cost-effectively, and such restoration on farmland can reduce the economic potential of the land. For all these reasons it seems unlikely that restoration will happen quickly enough or at a sufficiently large spatial scale to save many species of woodland bird that are currently in decline. 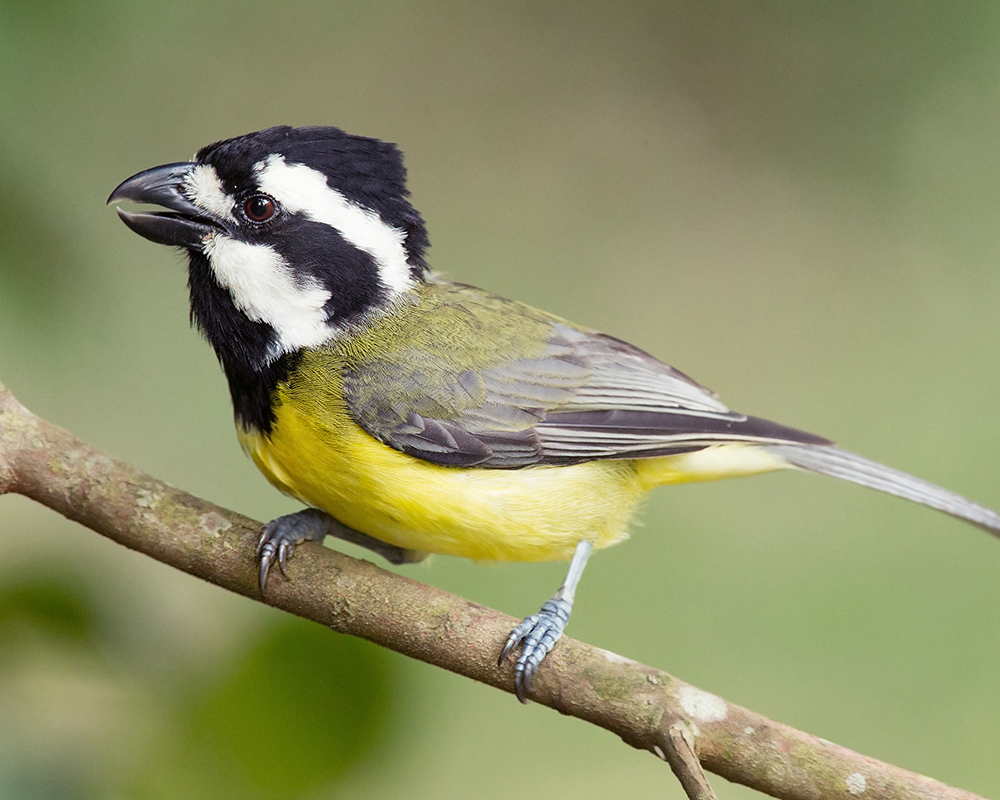 The crested shrike-tit is one of many woodland bird species that is aggressively driven away from open woodland habitat by groups of noisy miners. Photo: JJ Harrison CC BY SA 4.0 Wikimedia Commons

Some ecologists and conservation managers have therefore suggested that culling noisy miners is the only practical way to prevent extinctions of some of the most threatened small woodland birds affected by noisy miners.

The impact of such a cull on the success, in particular the breeding success, of small woodland birds is largely unknown. Three studies in the 1990s involved the experimental removal of noisy miners. They showed an improvement following this removal in species richness of insect- and nectar-feeding birds in small woodland fragments. However, these experiments used only a few replicates, one had no control, they only measured detection rates, and included large woodland insectivores and nectarivore species such as white-winged choughs and red wattlebirds. While these two species are sometimes attacked by noisy miners, they are larger birds that can manage to coexist with them.

Which is where my research comes in. My PhD project aims to measure the impacts of an experimental cull of noisy miners on ecosystem function. We culled noisy miners from eight small, degraded patches of remnant box gum grassy woodland in the highly fragmented South West Slopes region of New South Wales, and compared those sites to eight matched control sites. At the experimental and control sites, we measured the size of the noisy miner population, the size of other bird populations, foraging rates of small woodland birds, harassment rates (by noisy miners) of other species, and artificial nest predation rates.

During the winter of 2016, we removed all noisy miners from treatment patches until there was no vocal response to a 45-minute playback of their call. This is a good indicator that no other noisy miners are in hearing range.

Unfortunately, as soon as the operation was over, the vacant sites were quickly recolonised by noisy miners from the surrounding area. We attempted to remove noisy miners again within three weeks of the first cull – but the same thing happened. Similar results have been noted in a number of culls of different scales across Victoria, New South Wales and Queensland in the past few years, most recently in a study by Davitt et al (2018).

In conclusion: Looking ahead

So, what has been the impact of removing noisy miners? It hasn’t significantly reduced their numbers. Noisy miners quickly recolonised sites from surrounding areas, so densities in treatment sites remained higher than the 0.8 birds per ha threshold above which they impact small woodland birds.

While the number of noisy miners remains high, there is likely to be a change in the behaviour of the new birds, and this may be beneficial to other birds. This is because noisy miners have a very complex social structure. When a site is colonised by birds who do not yet have an established community structure they are likely to behave quite differently – and this may be enough to change ecological outcomes, at least for a time. We are now working on determining what the effect is.

In treatment compared to control sites, we have so far seen a small increase in total harassment rates, a small increase in foraging rates of small woodland birds, but no change in artificial nest predation rates. Through further modelling of responses we aim to discover whether culling of noisy miners has any benefits for small woodland birds in this kind of landscape.

Thanks to all the landholder partners in the region who allowed the experiment to be carried out on their properties.

Top image: Research team member Mason Crane carries out a cull of noisy miners. Unfortunately, there are so many miners in the landscape that new individuals poured into the cleared area in a matter of days. Photo: Jenny Pierson