Why is the research needed?
Traditional techniques for monitoring wildlife are often expensive, inefficient or impractical, especially in remote and rough terrain.

Effectively monitoring threatened species and the impacts of management actions to protect them is constrained for many species due to difficulties in detecting them. Many animals are cryptic by nature and are therefore difficult to detect and monitor effectively by traditional monitoring methods. To exacerbate the situation, a large part of Australia’s mammalian fauna is nocturnal.

Drones fitted with thermal cameras could circumvent these problems. However, managers need information to know when and how to augment traditional ecological monitoring approaches with advanced technologies, and the performance of such technological innovations is often uncertain in the early stages of their development and use.

How will the research help?
Unmanned aerial vehicles (drones) have the potential to both improve and automate data collection for biodiversity monitoring and therefore help managers in their decision- making. They show great promise in situations where traditional survey techniques (such as spotlighting for nocturnal species) are expensive, inefficient, and in many situations impractical.

This project will trial the relative benefit of this new technology compared to more traditional methods. We will develop a framework for designing drone-based surveys, and evaluate the statistical and technical trade-offs between different survey designs.

Drones fitted with thermal imaging cameras are a new technology that offers a major advance in survey methodology. They have the potential to provide more precise data at lower cost with little impact on wildlife. There is a high probability that they will circumvent the particular problems monitoring species that are cryptic, nocturnal and/or tree-dwelling. 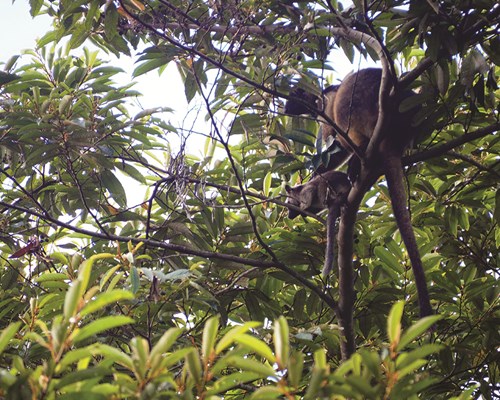 A Lumholtz tree-kangaroo and her young photographed in their habitat. Photo: José Lahoz-Monfort

What research activities are being undertaken?
To trial the framework, the project will evaluate the potential of using thermal cameras mounted on drones to survey for a cryptic and iconic species – the Lumholtz tree- kangaroo. This species is difficult to monitor using traditional means – as it is cryptic and most active at night and lives in the tree canopy of tall rainforests, often in locations that are hard to access. Drones fitted with appropriate imagery technology could circumvent these problems.

Occupancy and detection probabilities will be estimated from a pilot study, using a robust statistical analysis. This will then inform the design of monitoring for the species. The benefits of drone technology developments will then be transferred as soon as practicable to the Martu lands case study and to other relevant case studies being undertaken by close collaborators, such as the ‘Returning burrowing bettongs to Bon Bon’ initiative being led by Bush Heritage Australia, and the Eastern bettong reintroduction program at Mulligan’s Flat (ANU and the ACT Government).

Who is involved?
The project is being led by the University of Melbourne, who are working with the Australian Wildlife Conservancy and The Tree-kangaroo Mammal Group Inc. 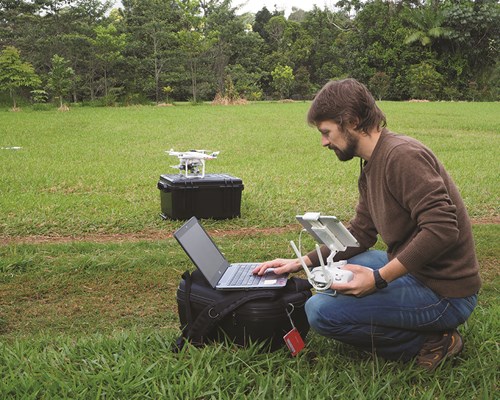 Where is the research happening?
Field trials and case studies are taking place in Queensland.

When is the research happening?
The project will run from November 2015 to mid 2021. 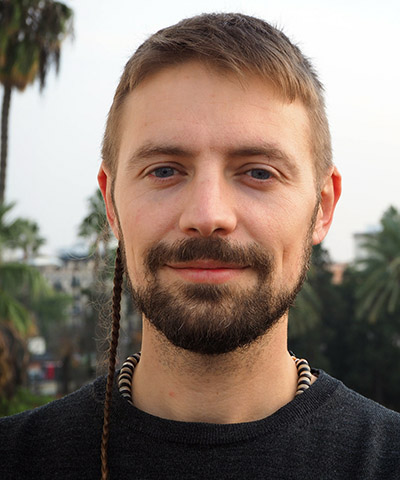