Research in Brief
This project informs and updates Department of Agriculture, Water and the Environment (DAWE)’s current practices for species distribution modelling under future climate change. These practices were last reviewed almost a decade ago.

We identify robust methods that can be applied to map threatened species distributions under current and future climates, ensuring that these are “fit-for-purpose” for target applications and reflect the current state of knowledge in the field.

Further, this project 1) extends previous work to provide more detailed guidance on difficult-to-model species and data bias; and 2) undertakes new work to develop a concept of habitat critical to the survival of a species.

Why is the research needed?
Conservation decisions rely on robust information about the current and future distributions of threatened species, which are used to inform policy, conservation and recovery planning, offsets, and environmental impact and strategic assessments. There is a need to identify modelling approaches that can be broadly and swiftly applied across thousands of species (including those with limited data) to provide robust distribution predictions that are suitable for particular applications under a range of future climate change scenarios.

A precautionary approach is taken for species distribution modelling in DAWE, as the distributions are primarily used to identify species of national environmental significance that may potentially be impacted by development. However, if the models do not adequately capture changes that are likely to happen to species’ distributions under future climate change, the approach would not be as conservative as believed, as it would be missing key processes driving distribution through time. This would lead to mismatches between recommendations made by the department and the response of threatened species.

Improving models of species distributions under future climates will enable the department to appropriately advise stakeholders on how best to ensure preservation of threatened species into the future. This will likely impact each facet of the department’s use of species distribution models: assessing impacts of development on threatened species, prioritising areas for conservation management and recovery plan actions, informing strategic assessments, and assessing invasive species mitigation strategies. These improvements to modelling future distributions under climate change are being integrated with a synthesis of best-practice methods, such as biophysical modelling, providing tangible guidelines for future work. Species distribution models developed by the department are published for wider use on the department’s website. These models are used by researchers, citizen scientists and jurisdictions for conservation planning, vastly magnifying the potential impact of improving these modelling practices on threatened species outcomes.

What research activities are being undertaken?
An initial workshop was held with the team formerly known as ERIN (now GIA) in the Department of Agriculture, Water and Environment in August 2018 to transfer knowledge about current methods and logistical constraints and to identify a set of key target applications. The research team is using this information, as well as the greater glider modelling study (Project 4.4.8), to identify opportunities for improving DAWE’s threatened species distribution mapping to inform decision-making.

A representative set of threatened species – identified with DAWE – are serving as case studies for identifying how DAWE can improve predicted distribution mapping under current and future climate change scenarios. The work focuses on priority applications identified by DAWE, and is considering key logistical constraints and data availability - including modelling data deficient species and species with a data biases.

Additionally, and based on an expression of interest by the department, a second workshop was held to support work on defining and operationalising the concept of “habitat critical to survival”. This involved preliminary scoping of the concept for expanded use under the EPBC Act.

Who is involved?
The project is led by researchers from The University of Melbourne, in close collaboration with the GIA team at DAWE (formerly known as ERIN) and DAWE’s Protected Species and Communities Brand and the Adaption and Climate Science Policy Section.

Where is the research happening?
The project’s analyses of distribution models is focusing on modelling species at the national level. 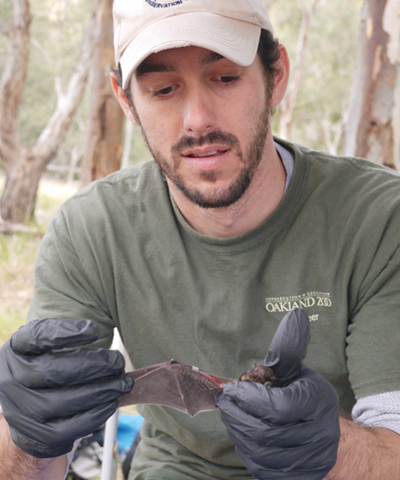 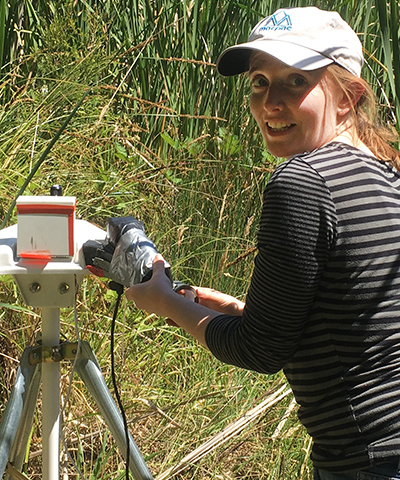 Natalie Briscoe
The University of Melbourne