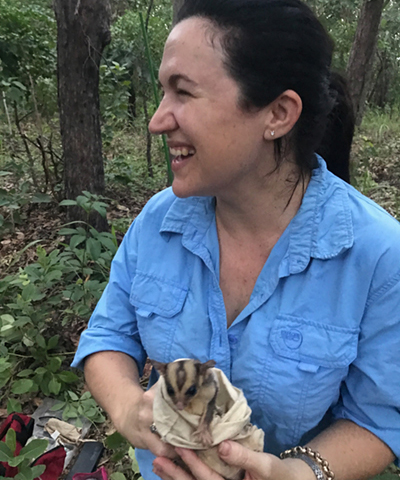 Leigh-Ann Woolley is a Research Associate at Charles Darwin University. She is a conservation ecologist with over 15 years research experience in African and northern Australian savannas.

Currently she is working on projects investigating the drivers of mammal decline in the tropical savannas of northern Australia.

Leigh-Ann has a particular interest in ecosystem response to disturbance and stochastic change, and the resulting trophic interactions within the system.