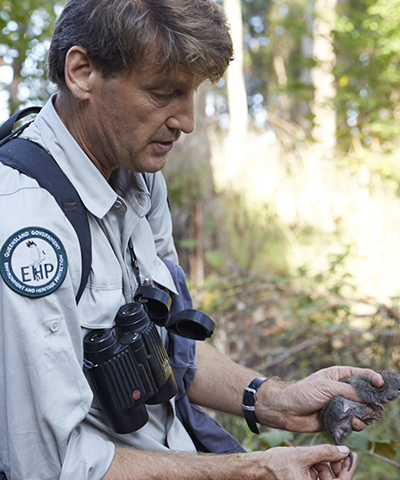 Dr Ian Gynther is a Senior Conservation Officer in the Threatened Fauna Species Program of the Queensland Department of Environment and Science and an Honorary Research Fellow at the Queensland Museum. He is also a member of the Queensland Government’s Species Technical Committee, which provides recommendations and advice about listing and delisting species to classes of wildlife under the state’s conservation legislation. Ian is or has recently been involved in conservation programs for various threatened species, including Coxen’s fig-parrot, Hastings River mouse, water mouse and Richmond birdwing butterfly. He was also a member of the team that in 2014 confirmed the extinction of the Bramble Cay melomys in Torres Strait due to climate change impacts.