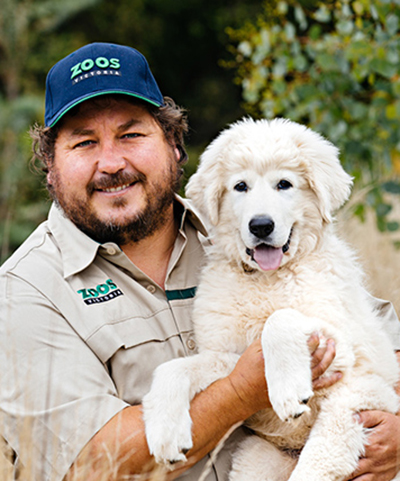 David Williams has a Bachelor of Science in Environmental Science. He worked on threatened species recovery programs while employed as a Biodiversity Officer for the then Victorian Department of Sustainability and Environment. He was involved in the creation of the Middle Island Maremma Project, which used Maremmas to protect little penguins (Eudyptula minor) and the Point Danger Maremma Project, which used Maremmas to protect Australasian Gannets (Morus serrator). He conditioned Maremmas for both projects and was the first Project Officer for the Warrnambool City Council for the Middle Island Project. David has now been employed by Zoos Victoria as the Guardian Dog Program Coordinator since late 2014.