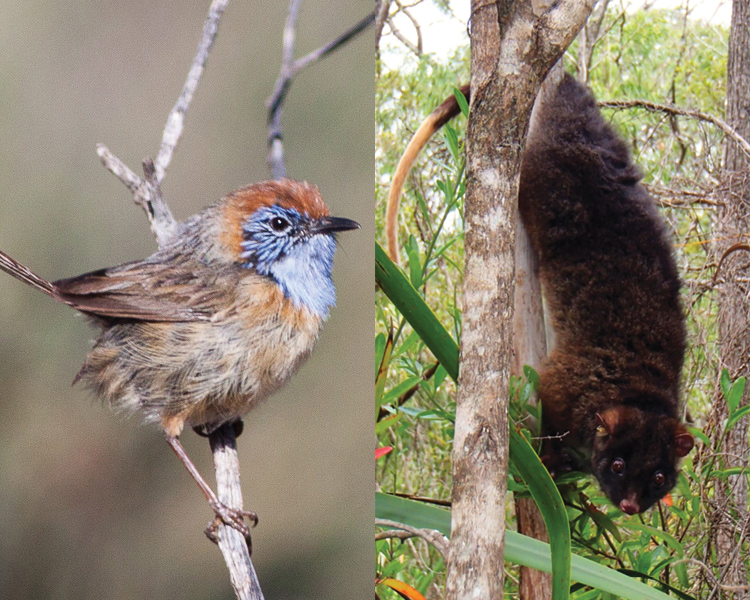 Top 20 Australian mammals and birds at risk of extinction

Ten Australian birds and seven mammals are likely to become extinct over the next twenty years, if we continue with current management, according to new research.

Research co-leader Professor John Woinarski, the Deputy Director of the Threatened Species Recovery Hub, said most of these extinctions could be prevented if conservation managers and our community are more aware of the risk these species face, and managers are able to respond effectively and rapidly.

"Identifying the species at greatest risk of extinction is a crucial first step in avoiding their extinctions," said Prof Woinarski from Charles Darwin University.

"The fate of these species depends upon support from governments and communities, and public interest, awareness and involvement.
"Some of our other research recently published has compiled case studies of successful conservation for almost 50 Australian threatened species, so we know it can be done when the commitment is there."

Researcher Hayley Geyle from Charles Darwin University co-ordinated the new research which draws together many types of evidence, including assessments by about 30 independent experts.

The results identify both the birds and mammals at greatest risk of extinction and also an estimate of their likelihood of extinction within the next 20 years if there is no increase in management effort or effectiveness. 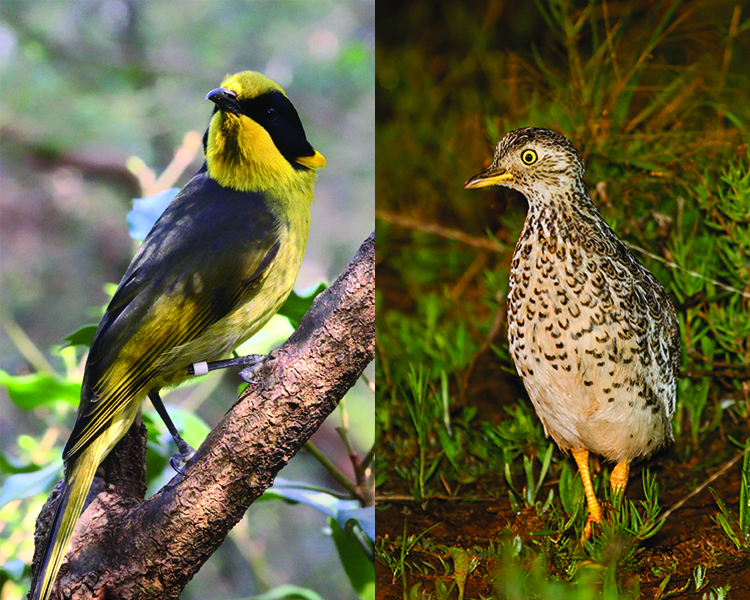 "The most at risk Australian bird is the tiny King Island brown thornbill, which - under its current low level of conservation care ¬- has little more than a 5% chance of surviving the next 20 years," said Ms Geyle.

"Most at risk birds are on islands or in the more intensely developed parts of southern Australia.

"The central rock-rat is the most at risk mammal with an estimated 65% likelihood of becoming extinct in the next 20 years. For the northern hopping-mouse the risk is about fifty-fifty. For Perth's western ringtail possum the risk is 1 in 4.

"The mammals at risk are spread widely, but many occur in northern Australia, an area currently witnessing a rapid and severe decline in mammals generally. 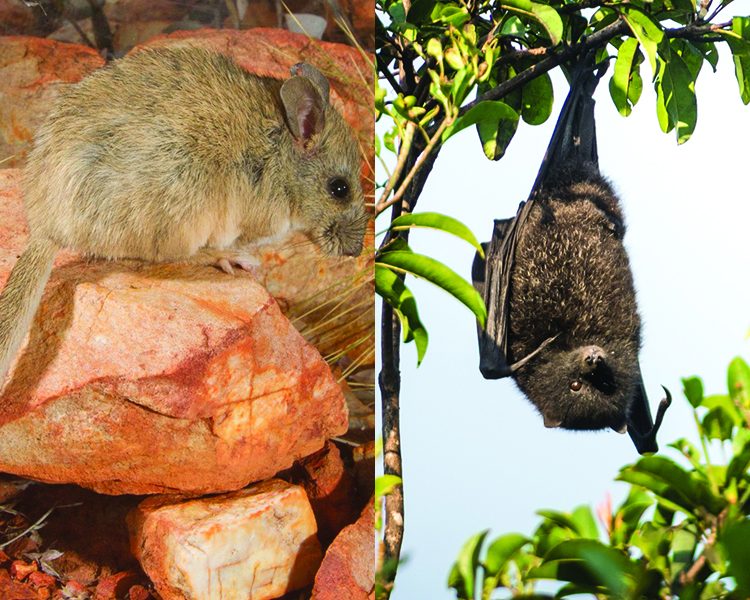 "To avoid extinction each species will require individual targeted action, investment and collaboration among governments, non-government organisations and the private sector to mitigate threats and support recovery."

The research has been published in the scientific journal Pacific Conservation Biology. (LINK)

The Threatened Species Recovery Hub is a partnership of ten Australian Universities and the Australian Wildlife Conservancy to undertake research to recover threatened species. It receives funding from the Australian Government's National Environmental Science Program. 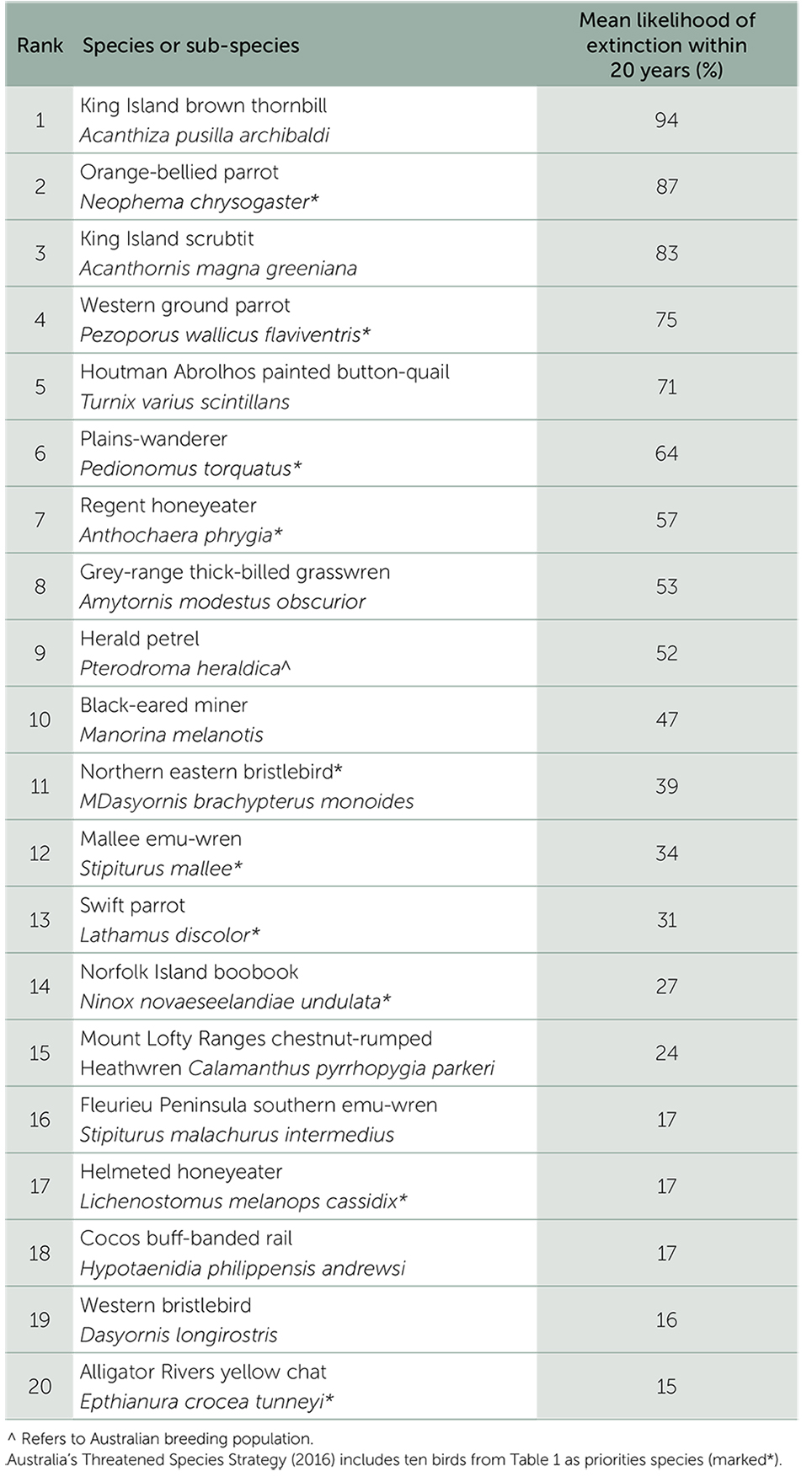 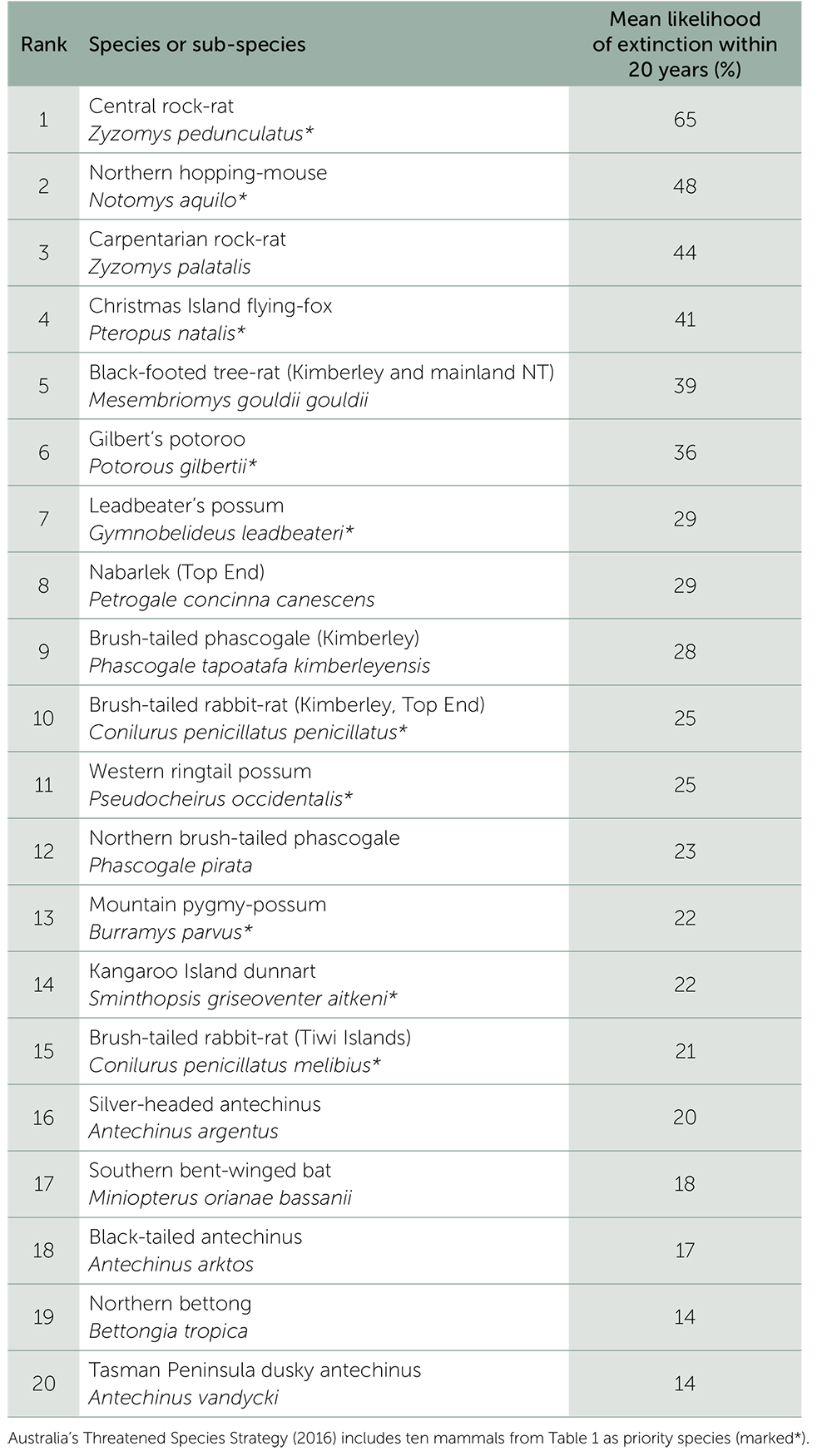 Photos
Photos are available in dropbox to accompany this story. Photographers must be credited.

Tables and maps
Tables listing the species and their likelihood of extinction, and maps of the locations of the top 20 mammals and 20 birds are available in dropbox.