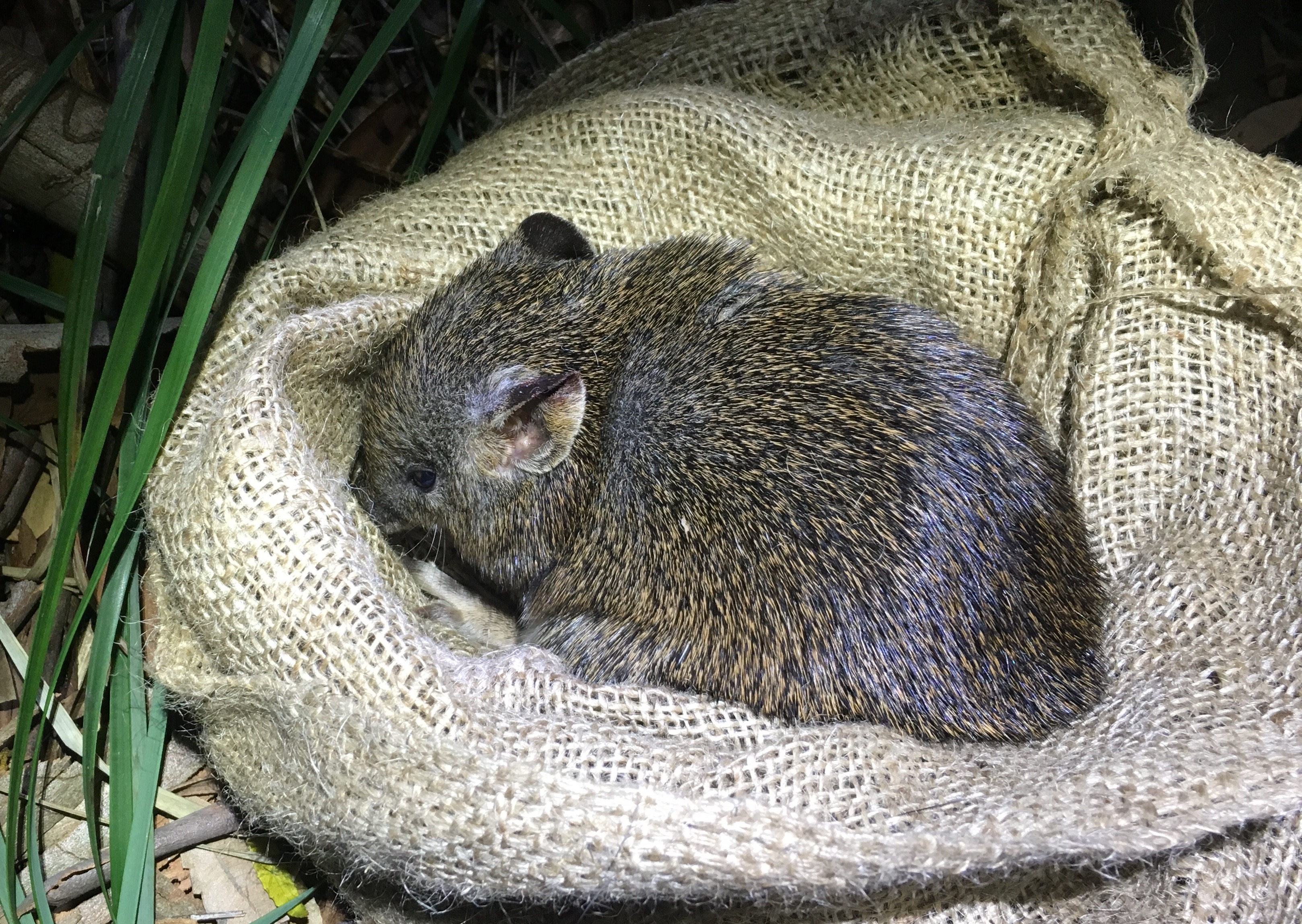 Hopes are high for eleven southern brown bandicoots being reintroduced to Booderee National Park – the endangered marsupials haven’t been seen in the area since World War One.

“Bandicoots have the second shortest gestation span of any mammal - around 12 days from conception to birth,” Mr MacGregor said.

In mainland south eastern Australia the southern brown bandicoots’ used to range from the Hawkesbury River (NSW) to the Adelaide Hills (SA) but land clearing and red foxes have substantially reduced their range.

“Booderee is now largely free of feral predators thanks to the work of Parks Australia, and we’re hoping to translocate around 45 animals over three years and build up a sustainable population.”

Threatened Species Recovery Hub researchers are providing advice throughout the reintroduction and are now coordinating annual monitoring and further tracking of the southern brown bandicoots.

“With the help of almost 30 volunteers we attached radio transmitters to them and tracked them day and night for a month. It was quite an exercise,” Mr MacGregor said.

“We’re hoping to learn how far and fast they travel from their point of release, and how long it takes for the bandicoots to settle down and establish nesting sites.

“It’s a surprise they’ve only moved around 700 metres over the course of the month, given they’re not limited by aggressive neighbours or competition. We thought they’d move further but it seems they’ve found an area with plenty of food and shelter and have stuck to that location.”

Parks Australia also undertook a small prescribed burn on the site prior to the release - good news for bandicoots which like variation in their habitat and different aged heaths.

“While our tracking shows they haven’t used the burnt site yet, this will be a popular area in 12-18 months once the cover grows back and there’s more insect and fungi activity,” Mr MacGregor said.

“Monitoring shows a number of small mammals like southern brown bandicoots and potoroos have significantly increased in state forests since pest control measures were implemented, and hopefully this success will be replicated in Booderee,” Dr Dexter said.

“Small mammals play an integral role in forest ecosystems, and the release of these bandicoots to areas where they have been locally extinct for almost a century will assist to restore ecological balance within Booderee National Park.”

Southern brown bandicoot translocation programs in Western Australia have proven successful, but this is the first time it’s been done in the eastern states.

The capture and relocation of the bandicoots has been a collaborative project between Parks Australia, the Threatened Species Recovery Hub, Forestry Corporation of NSW, the Australian National University and the Taronga Conservation Society.