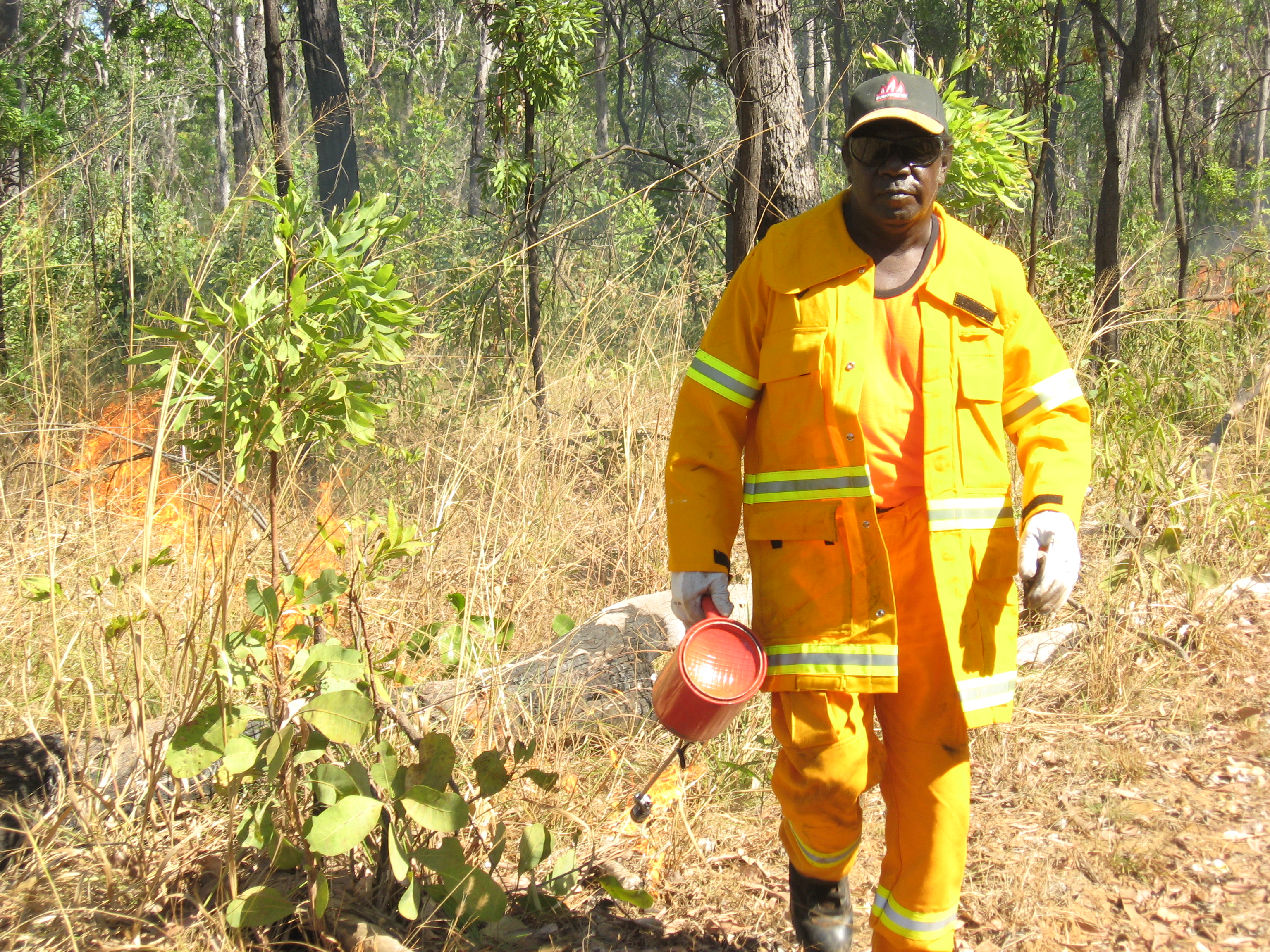 This is one of the findings of a recent Health Check of native animals on Melville Island, 80km north of Darwin, which undertook surveys at almost 100 sites and compared them to survey results from 15 years ago.

A brush-tailed rabbit-rat caught and released during the survey on Melville Island.  Image: Hugh Davies.

The project was a collaboration between Charles Darwin University, The University of Melbourne and the Tiwi Land Council.

Ecologist Hugh Davies from the University of Melbourne worked with the Tiwi Land Rangers to undertake the latest surveys.

“Overall we caught about 40% less animals than in the 2002 surveys. So for every ten animals caught last time, this time we only trapped six,” explained Mr Davies.

“The result for brush-tailed rabbit-rats was worse. We only caught about a third the number as last time, and only found them at half the number of sites. Bandicoots also showed significant declines”.

“We also found that the two factors most strongly correlated with finding mammals in an area were a thick shrub layer and an absence of cats,” said Mr Davies.

A feral cat sanpped by one of the camera traps during the survey.  Image: Hugh Davies.

Tiwi Land Ranger Willie Rioli worked with Mr Davies on the surveys which used a variety of trapping methods including camera traps.

“The result showing less native animals isn’t good, and we are seeing more cats than before,” said Mr Rioli.

“But we are trying to play our part to save native wildlife as much as we can.

“Fire management plays a big part, burning late in the season can do a lot of damage.

“We are trying to do burns early. It makes them patchy and leaves more habitat for the native wildlife, more food for them and more places to hide from cats.

“We’ve been burning country for thousands of years but now we have to think about cats roaming about.

“Cats are a tough thing on the Tiwis and right around Australia,” said Mr Rioli.

Charles Darwin University wildlife researcher Dr Brett Murphy thinks we should be concerned about what is happening to the brush-tailed rabbit rats and bandicoots on Melville.

“These species are a red flag. In other areas in Northern Australia, like Kakadu National Park, Brush-tailed rabbit-rats and bandicoots were the first mammals to disappear, but not the last.

“We had hoped that the Tiwi Islands would serve as a refuge for many animal species that have disappeared from the mainland, but unfortunately that is not the case.”

Northern Territory Government scientist Dr Graeme Gillespie is focusing on what can be done.

“We don’t yet know whether cats or loss of habitat is the biggest contributor to the widespread mammal decline that we are seeing in Australia.

“But we do know that in areas with no good habitat animals don’t stand a chance and are easy to pick off by cats.

“Until we work out effective ways to cull cats at large scales, our best hope is to maintain good vegetation in the landscape by using cool early burns and avoiding over grazing.

The research has received support from Charles Darwin University, the University of Melbourne, the Tiwi Land Council, the Northern Territory Government and the Threatened Species Recovery Hub of the Australian Government’s National Environmental Science Programme.

The survey findings have been published in the research journal Diversity and Distributions.

Photos to accompany this story are available in dropbox.