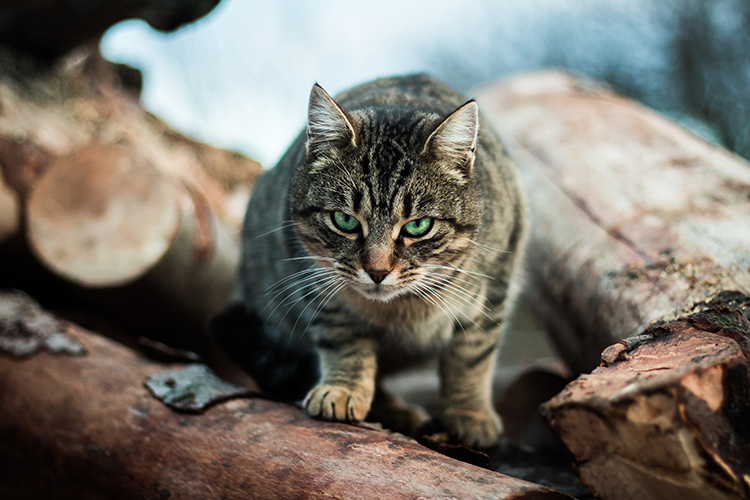 Pet and feral cats together are killing over two billion reptiles, birds and mammals per year in Australia, and most of these animals are natives, according to a new book written by three of Australia’s leading environmental scientists.

The book, Cats in Australia: Companion and killer, compiles key findings from hundreds of studies and management experience about cats across Australia.

The authors, Professor John Woinarski from Charles Darwin University, Professor Sarah Legge from The Australian National University and Professor Chris Dickman from The University of Sydney, are also leaders of a major research program investigating the impacts of feral cats on Australian wildlife through the Threatened Species Recovery Hub of the Australian Government’s National Environmental Science Program.

According to Professor Woinarski the book investigates one of Australia’s most complex and controversial conservation management dilemmas – what to do when a loved one turns bad?

“Cats tamed humans about 4000 years ago and since then they have cunningly used humans to provide food, comfort and safety, and to aid their dispersal across, and conquest of, most of the world.

“We want to alert and inform all Australians to the threat cats pose to our wildlife. Our community and leaders need to manage this threat far more effectively if we want to conserve Australia’s unique wildlife,” said Prof Woinarski.

“With almost 4 million pet cats in Australia, this is also a call for those with pet cats to help contribute to this conservation effort, by being responsible with the cats that own them. 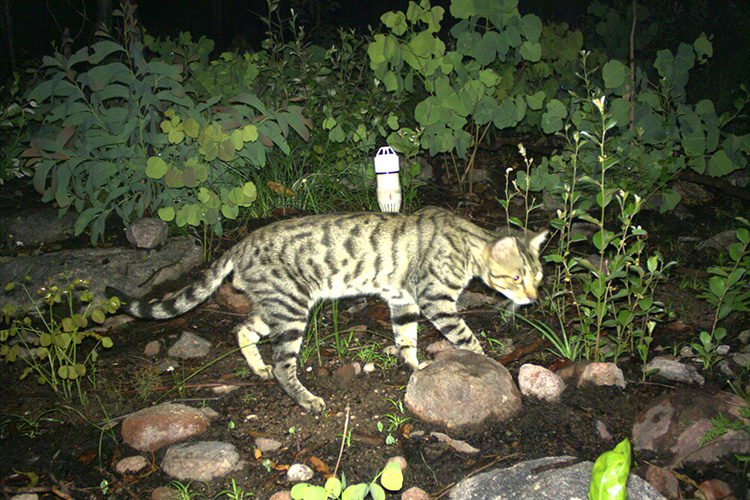 “Some may think that cats work to keep down the numbers of introduced rabbits, rats and mice, but actually these introduced species are a food source, boosting the number of cats and hence increasing their impact; and cats aren’t an effective control on introduced pest animals.
Co-author Professor Sarah Legge said people have very deep and conflicting opinions about cats, but there is no denying they are a catastrophic problem for Australian wildlife, which evolved without cats.

“Australia’s mammal extinction rate is by far the highest in the world and cats have been a leading cause of at least 20, or two-thirds, of our mammal extinctions over the last 200 years,” said Professor Legge.

“On average, each feral cat in the bush kills a whopping 740 animals per year. In a year with average conditions there are about 2.8 million feral cats, but that figure can double when good rain leads to an abundance of prey animals.

“On average each pet cat kills about 75 animals per year, but many of these kills are never witnessed by their owners.
“Whilst each urban cats kill fewer animals on average than a feral cat in the bush, in urban areas the density of cats is much higher (over 60 cats per square kilometre). As a result, cats in urban areas kill many more animals per square kilometre each year than cats in the bush. 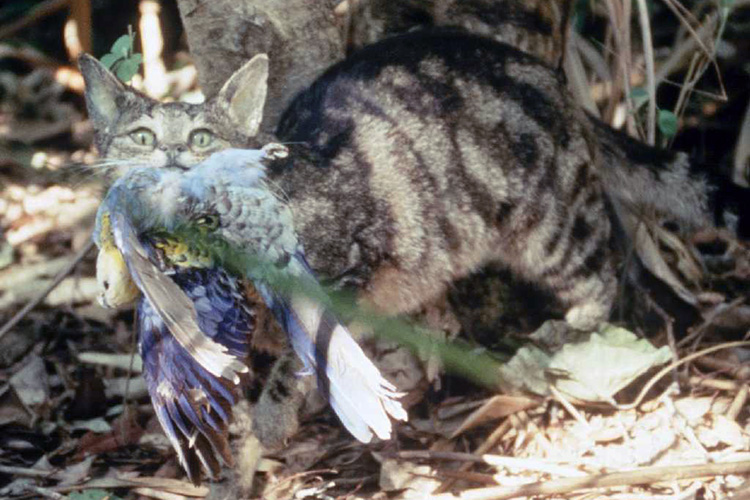 Professor Chris Dickman, co-author of the book, said that each day cats are killing over 3.1 million mammals, 1.8 million reptiles and 1.3 million birds in Australia.

“Many of Australia’s native species cannot withstand these high levels of predation, and will become increasingly at risk of extinction unless the problem of cats in Australia is solved.”

Cats in Australia: Companion and killer is available from CSIRO Publishing and was launched by the Australian Government’s Threatened Species Commissioner, Dr Sally Box, at the Australian Mammal Society Conference at The University of Sydney this week. 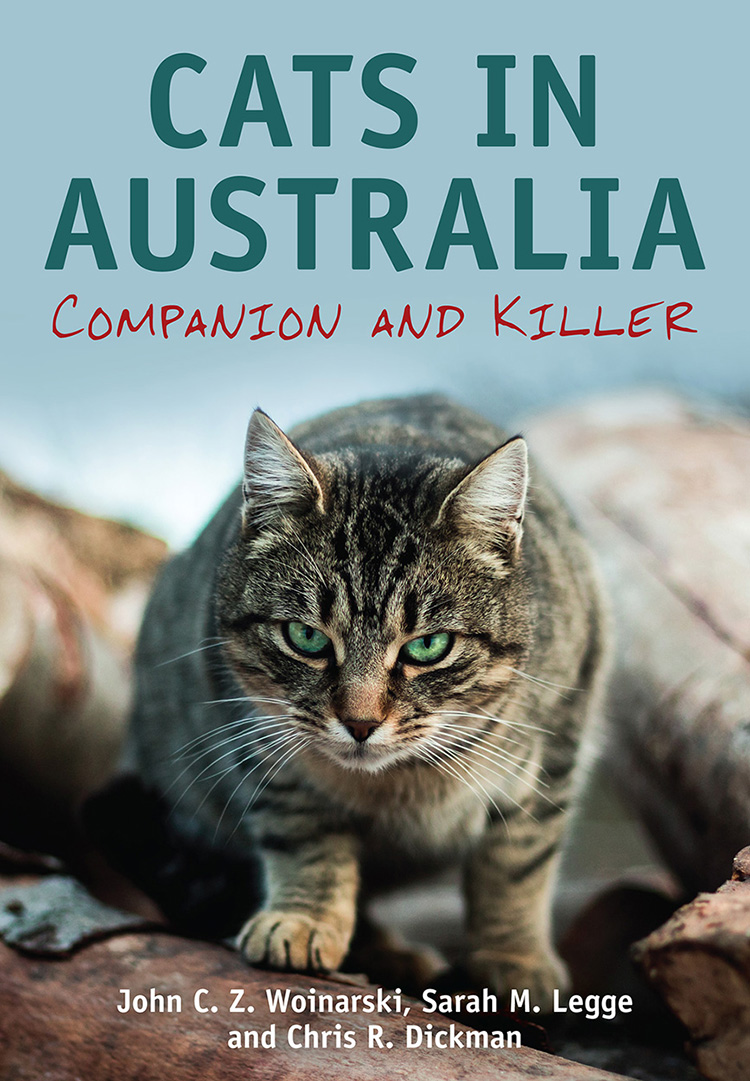