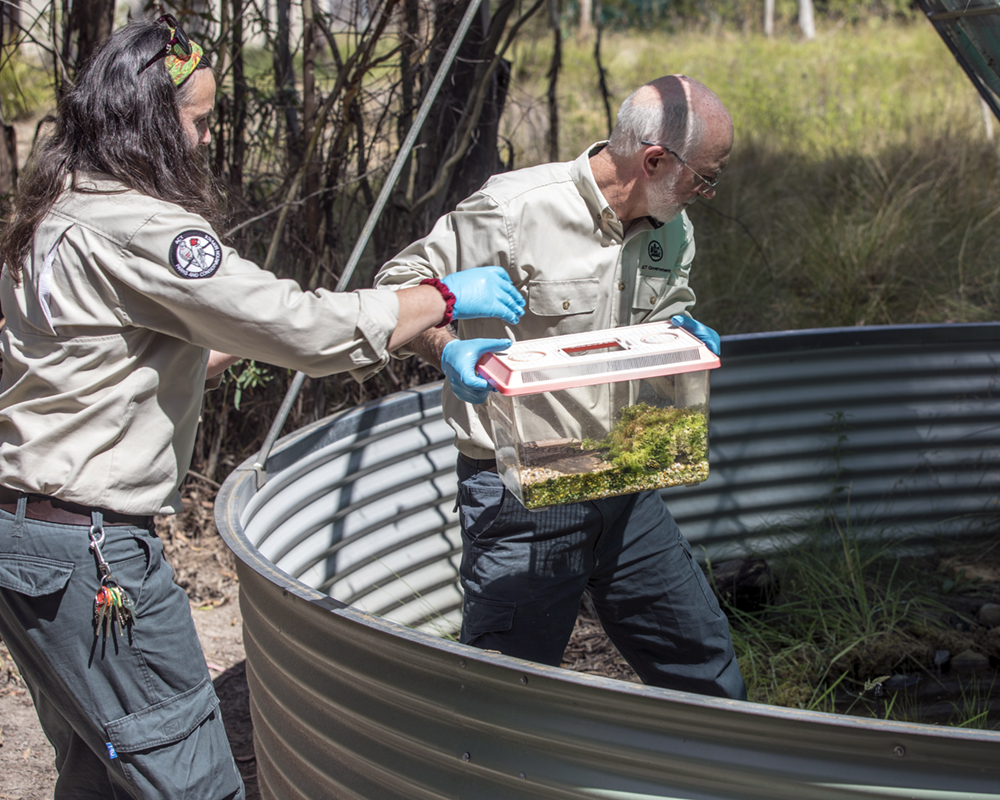 The ACT Government leads Australia’s main captive breeding program for the tiny black and yellow frogs at Tidbinbilla Nature Reserve, accounting for 90% of the captive population.


Senior Ecologist Dr Murray Evans from the ACT Government, is overseeing the release of 30 frogs into new semi-wild enclosures at Tidbinbilla this month. 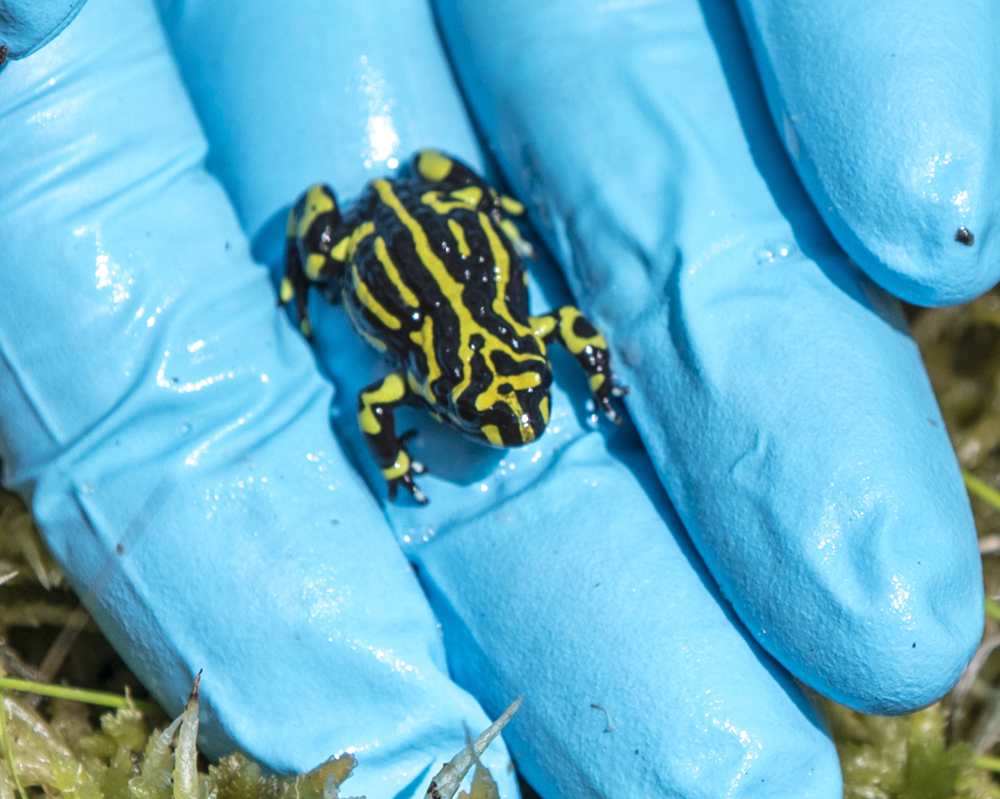 
“Our new semi-wild enclosures will provide the frogs with more natural conditions and space, and will also allow more frogs to be bred and raised.

“One of the main objectives of the program is to breed frogs which can be released back into the wild, to boost wild populations that have declined due to the amphibian disease chytrid fungus, so being able to breed more frogs is a great advantage,” said Dr Evans.

Past releases have been into areas that were prime Corroboree Frog habitat in Namadgi National Park, but overcoming threats in the wild, such as chytrid fungus, is proving challenging to re-establishing wild populations.

A new research collaboration between the ACT Government and the Threatened Species Recovery Hub of the Australian Government’s National Environmental Science Program will ensure that the frogs bred at Tidbinbilla have the best chance of establishing healthy wild populations.

Lead Researcher Dr Ben Scheele from the Australian National University is working to identify potential new release sites that will give the frogs an advantage in the wild.

“We are moving beyond focusing just on habitat and environmental conditions that suit Northern Corroboree Frogs,” said Dr Scheele, “including finding areas that are most unfavourable to chytrid fungus, and that have few other frog species to act as carriers of the disease.
“We are also investigating other aspects that can give the corroboree frogs an advantage and allow wild populations to better tolerate the impacts of chytrid fungus; one of these factors is better understanding how long frogs take to reach sexual maturity.

“Although the frogs are found high up in the mountains of Namadgi, we think warmer temperatures at lower sites could give the frogs a helping hand by enabling them to grow faster and breed sooner.


“We will survey lower elevation areas in Namadgi National Park with the aim of identifying potential new habitat for introductions of corroboree frogs.


“The overall objective is to ensure that the frogs bred at Tidbinbilla have the best chance of surviving and breeding in the wild to establish healthy wild populations,” said Dr Scheele.


This work builds on the ACT Government’s corroboree frog recovery program, and is supported by Australian Government funding through the National Landcare Program and National Environmental Science Program.