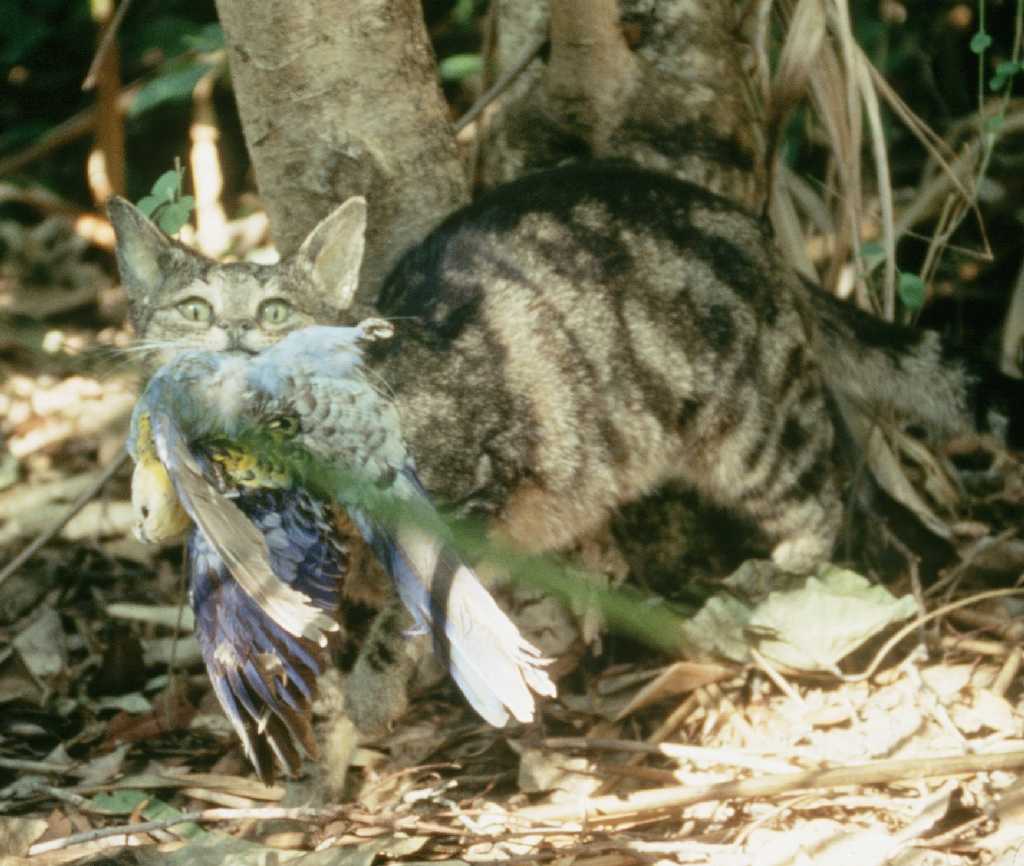 These are some of the findings of recently published research by a group of Australian environmental scientists.

Lead researcher Professor John Woinarski said that while previous research has looked at the impact cats are having on Australia’s mammals, this is the first nation-wide assessment of the impact of cats on Australia’s birds.

“Everyone knows that cats kill birds, but this study shows that, at a national level, the amount of predation is staggering, and is likely to be driving the ongoing decline of many species,” explains Professor Woinarski, from Charles Darwin University.

The study also found that the highest rates of cat predation on birds is on Australia’s islands and in remote arid Australia, where the number of birds killed by cats each year can reach 330 birds per square kilometre.

“We found that the birds most likely to be killed by cats are medium sized birds, birds that nest and feed on the ground, and birds that occur on islands or in woodlands, grasslands and shrublands.”

“For Australian birds, cats are a long-standing, broad-scale and deeply entrenched problem that needs to be tackled more effectively” Professor Woinarski said.

“Our knowledge of the impacts of cats on threatened mammals was a major stimulus for our first-ever national Threatened Species Strategy, which prioritised actions to control feral cats,” Mr Lang said.

“This new research emphasises the need to continue working to reduce the impact of cats on our native biodiversity.

“The number of birds killed by pet cats is also high, but I would like to commend pet owners who are containing their cats instead of letting them roam freely,” Mr Lang said.

The research was undertaken by the Threatened Species Recovery Hub of the National Environmental Science Programme. The Hub is a collaboration of 10 leading Australian universities and the Australian Wildlife Conservancy, to undertake research to support the recovery of Australia’s threatened species.

The work has been published in the science journal Biological Conservation.

Photos are available in dropbox to accompany this story. Photographers must be credited.