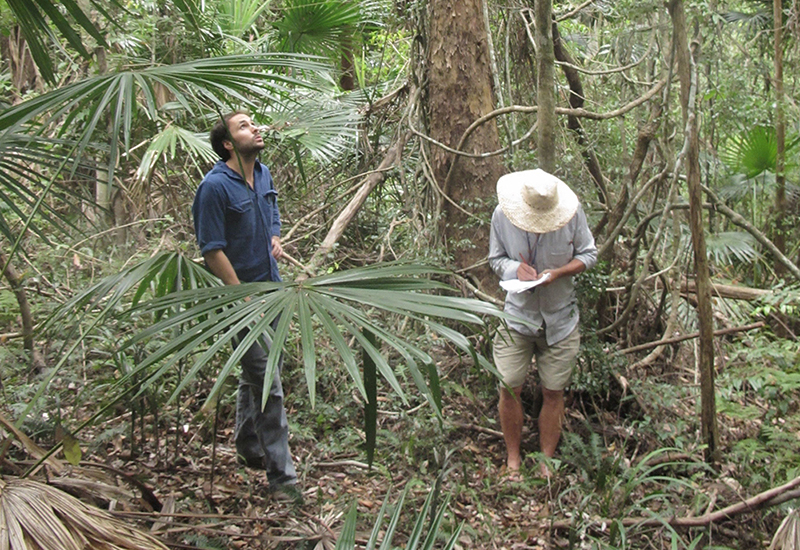 The native guava is one of the first Australian plants to be pushed to the brink of extinction by a fungal plant disease which has spread rapidly across the globe, according to a new study by scientists from the Australian Government’s National Environmental Science Program. 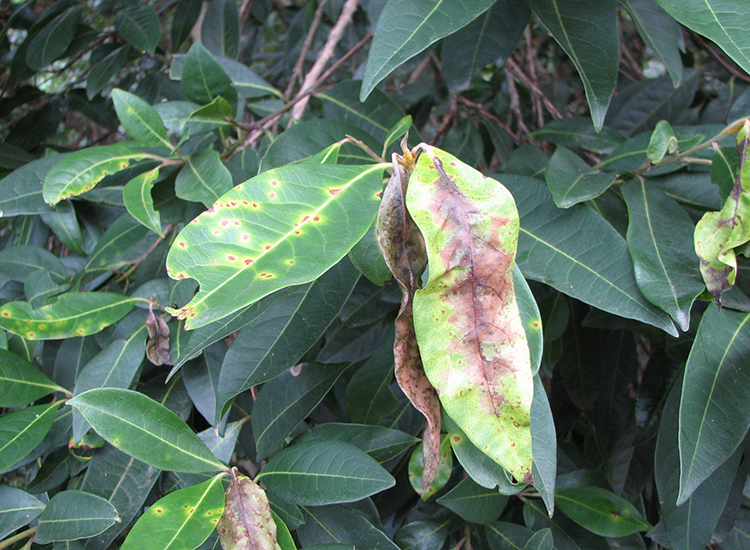 Unhealthy leaves of a native guava infected with the myrtle rust plant disease. Image: Rod Fensham
This research has highlighted the existing and potential impact of myrtle rust on many native species and underlines the importance of working to prevent new diseases entering and establishing in Australia,” Mr Thompson said.

According to the study’s lead scientist Associate Professor Rod Fensham from The University of Queensland the disease, myrtle rust, arrived in Australia in 2010 and poses a major threat to the survival of dozens of Australian plant species.

“Myrtle rust is a highly contagious and deadly plant disease,” said Dr Fensham, “It produces trillions of microscopic spores which are carried by the wind allowing it to quickly reach new areas. 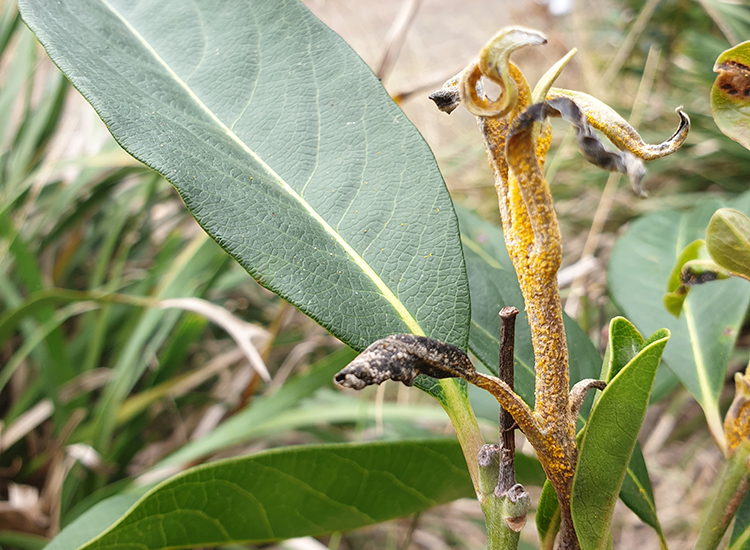 A myrtle rust infection (yellow) is killing the new shoots on this native guava. Image: Rod Fensham
“It is particularly catastrophic for many rainforest species like the native guava, and could change the nature of some of our rainforests.

“We have been monitoring native guavas at 66 sites in Queensland and New South Wales since 2010. In that time the plants have died at every site except one in a national park near Byron Bay where about 10 plants remain.

“This shrubby tree was once common in subtropical rainforests stretching over one thousand kilometres along the east coast of Australia from to Gympie to Newcastle, where it provided important habitat for many other species.

“Containment and eradication responses have so far been unsuccessful. 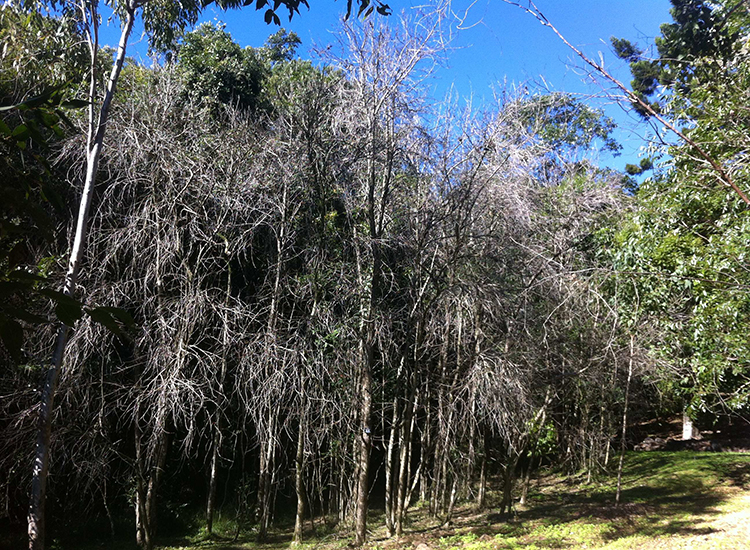 “To prevent extinctions we are working with nurseries and gardens to establish rescue populations away from myrtle rust affected areas.

“This is an important step to prevent the extinction of this species but ultimately we want to see this and other affected species returned to their natural habitats.

“To achieve this it will be critical to find and propagate strains of these plants that are more resistant to myrtle rust.

“This kind of selection process is something that the nursery industry has a lot of expertise in, and we are working with commercial nursery partners on this endeavour.
The study has just been published in the scientific journal Trends in Ecology and Evolution.

It was undertaken by the Threatened Species Recovery Hub, a collaboration between ten of Australia’s leading universities and the Australian Wildlife Conservancy, to undertake research to support the recovery of Australia’s threatened species.