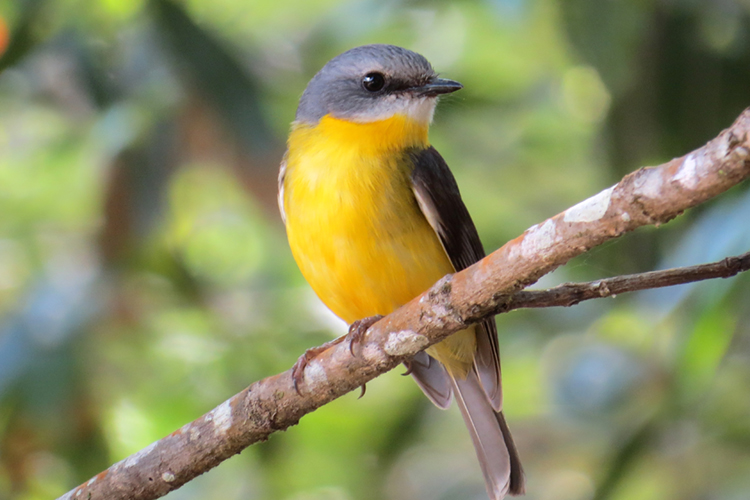 New research has found that habitat loss is a major concern for hundreds of Australian bird species, and south-eastern Australia has been the worst affected.

The Threatened Species Recovery Hub study found that half of all native bird species have each lost almost two-thirds of their natural habitat across Victoria, parts of South Australia and New South Wales. 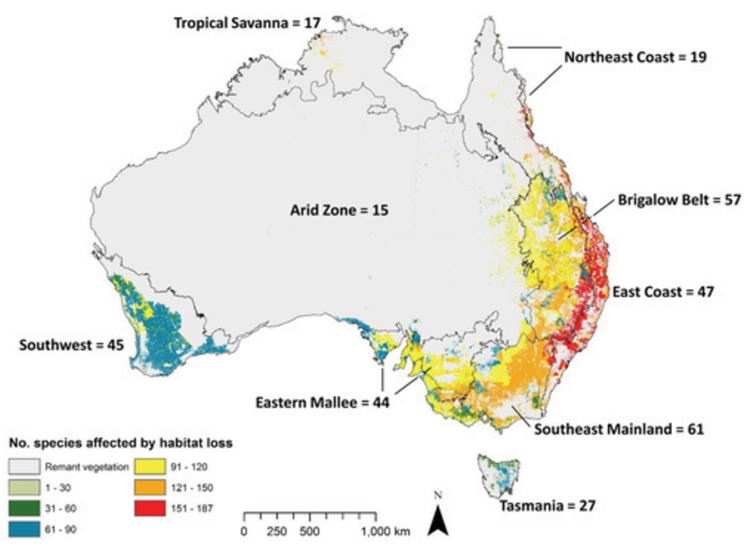 Lead researcher Dr Jeremy Simmonds from The University of Queensland said the team looked at both threatened and non-threatened birds, including common species.

“While more attention is usually paid to threatened species, common species, like many of our familiar fairy-wrens, pigeons and honeyeaters, are crucially important,” said Dr Simmonds.
“Common species play a vital role in services like controlling insect pests and pollination. Their decline, through loss of habitat, has implications for the health of ecosystems. 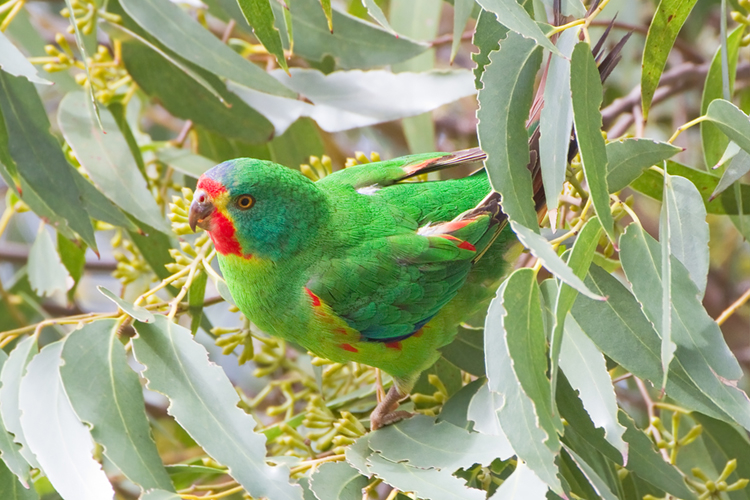 Australia’s iconic parrots have been particularly hard hit by habitat loss. Forty percent of our parrots have each lost at least 40% of their habitat. Loss of habitat has not only affected threatened species like the swift parrot (shown); familiar birds of our cities and countryside like noisy lorikeets, colourful rosellas and majestic cockatoos have suffered extensive habitat loss as well. Image: JJ Harrison (www.jjharrison.com.au) CC BY SA 3.0 Wikimedia Commons

“Along with feral and invasive species, habitat destruction is among the greatest threats facing biodiversity in Australia, so it is important to understand how big the problem of habitat removal is: our research developed a method to do this, called the Loss Index.
“We looked at how the amount of habitat available for each of Australia’s 447 different land bird species had changed since 1750.
“In places like Queensland’s south-east and the Wet Tropics, each hectare of forest cleared can affect up to 180 different native bird species.
“Habitat loss has been particularly devastating for birds from south-east Australia; more than half of the 262 native birds in this region only have a small fraction of their natural habitat remaining in this part of the country.

Northern Australia and Australia’s arid zone have had the least habitat loss, as there has been much less vegetation clearing across that region.

“We also looked at different bird groups and found that Australia’s parrot species are more impacted by habitat loss, compared with birds of prey, like eagles and owls, which have been less affected as a group.

Dr Simmonds said the index provided a tool for conservation managers and planners to better understand how habitat loss affects all birds, and not just the endangered ones.
“It helps to show that every hectare of native vegetation that is removed chips away at remaining habitat for dozens and sometimes hundreds of species including common species which typically do not receive conservation attention,” he said.

Birds of prey occur across Australia in a range of habitats. Species of eastern Australia’s forests like the powerful owl have lost more habitat than widespread species like the whistling kite and white-bellied sea eagle. Image: Jim Bendon from Karratha CC BY SA 2.0 Wikimedia Commons

“The quality of the remaining habitat is often reduced, due to weeds, grazing and changed fire patterns, such as more and hotter fires, and this can further reduce the number and type of birds that an area can support.”
The Loss Index can also be applied to other species like mammals or plants.
The research was conducted by the Threatened Species Recovery Hub of the Australian Government’s National Environmental Science Program, a national initiative to undertake science to help save Australia’s threatened species.
It was published in Conservation Biology (DOI: 10.1111/cobi.13331).