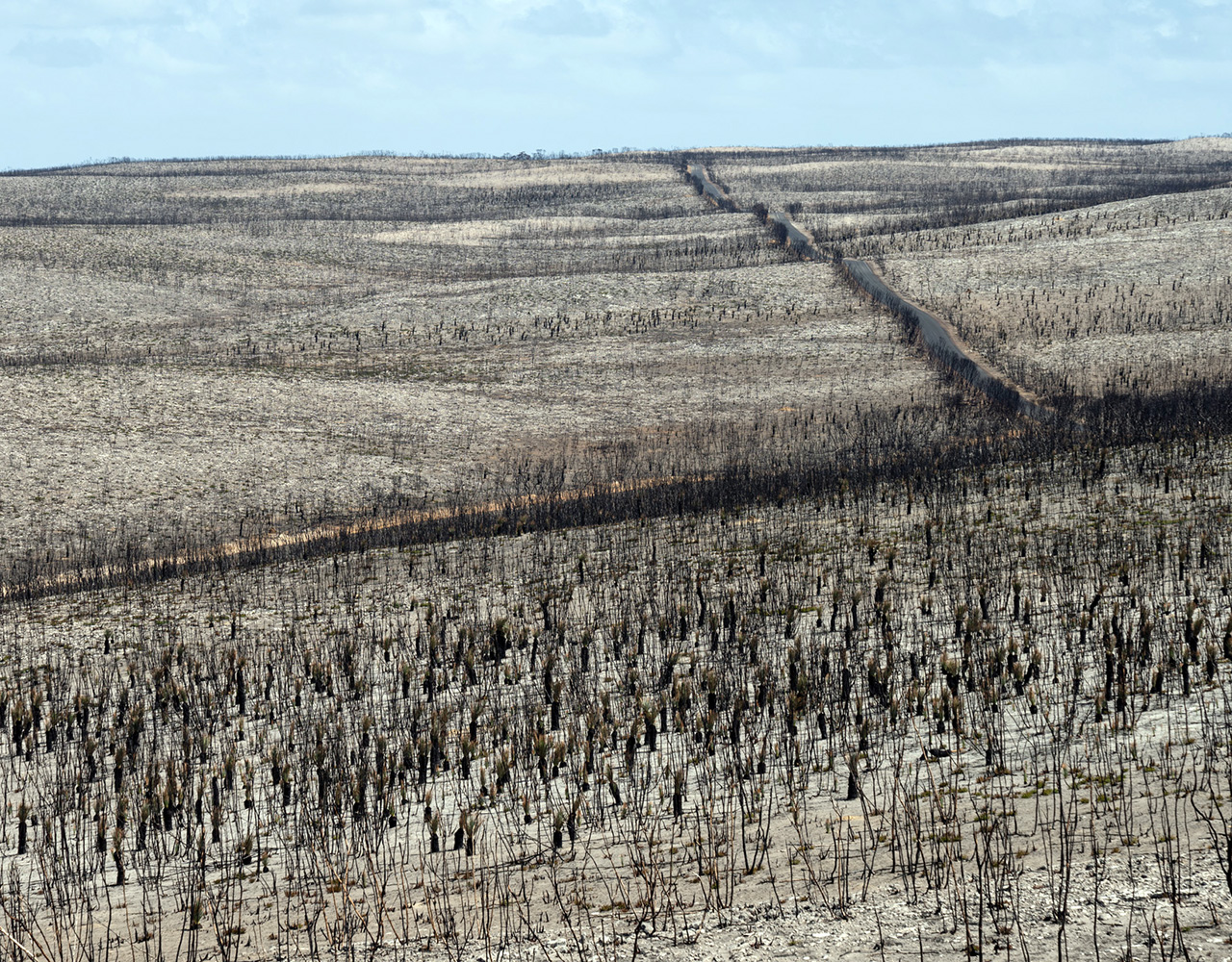 Some of Australia’s leading ecologists will gather with government representatives, conservation groups and landholders on Kangaroo Island to further develop a recovery plan for bushfire-affected wildlife and threatened species. 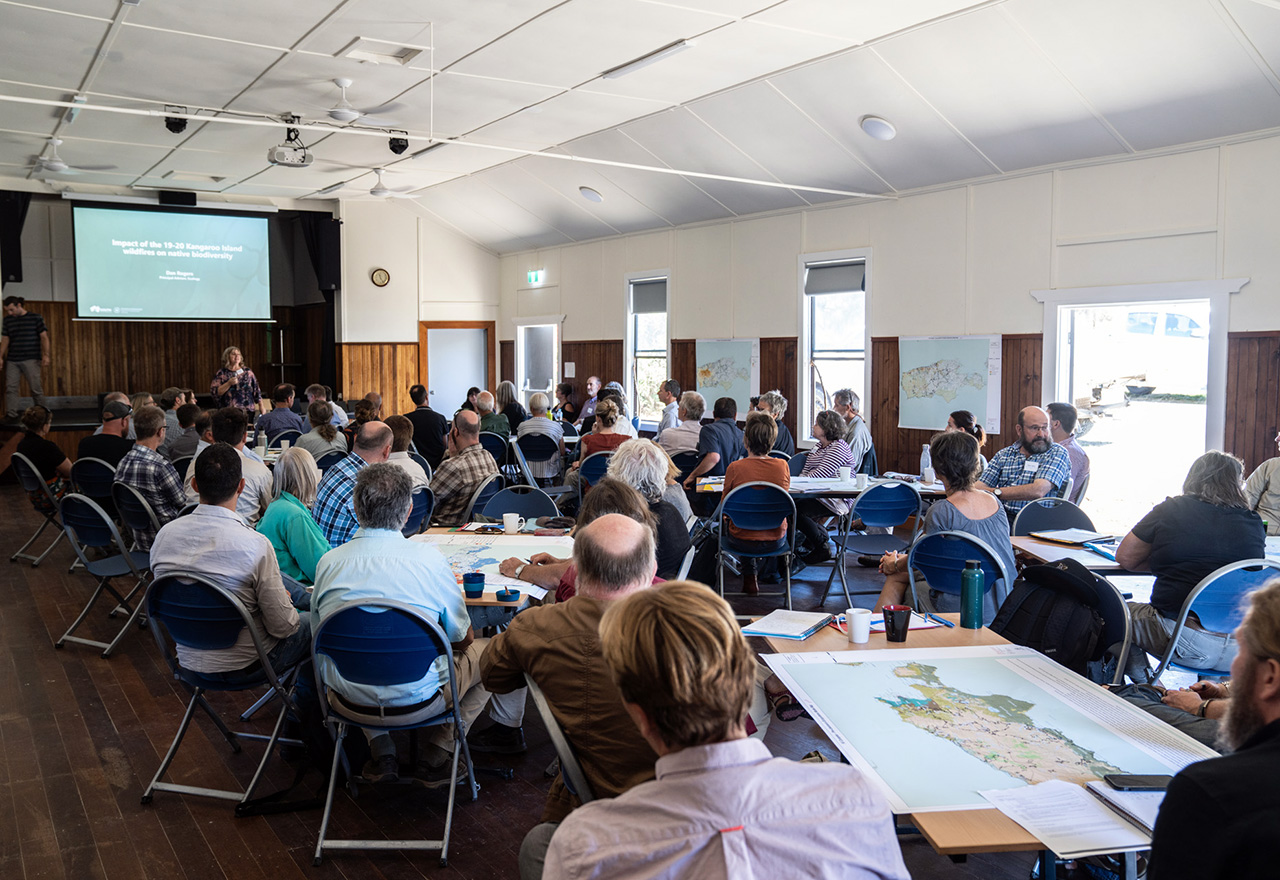 The workshop held at the American River Hall on Kangaroo Island from 25 to 27 February. Image: Nicolas Rakotopare

Department for Environment and Water Conservation and Wildlife Director, Lisien Loan, said the three-day workshop would identify short and long-term strategies for Kangaroo Island’s unique and threatened wildlife in the move from emergency response to recovery.

“It will be the first time that the national scientific community has met with conservation managers on Kangaroo Island to discuss in detail the impact of the recent fires on wildlife, including our threatened and endemic species, so it is a significant event,” she said.

“Bringing together local and national expertise will help us establish the best strategies with actions for the short, medium and long term to rescue, protect and restore Kangaroo Island’s biodiversity.” 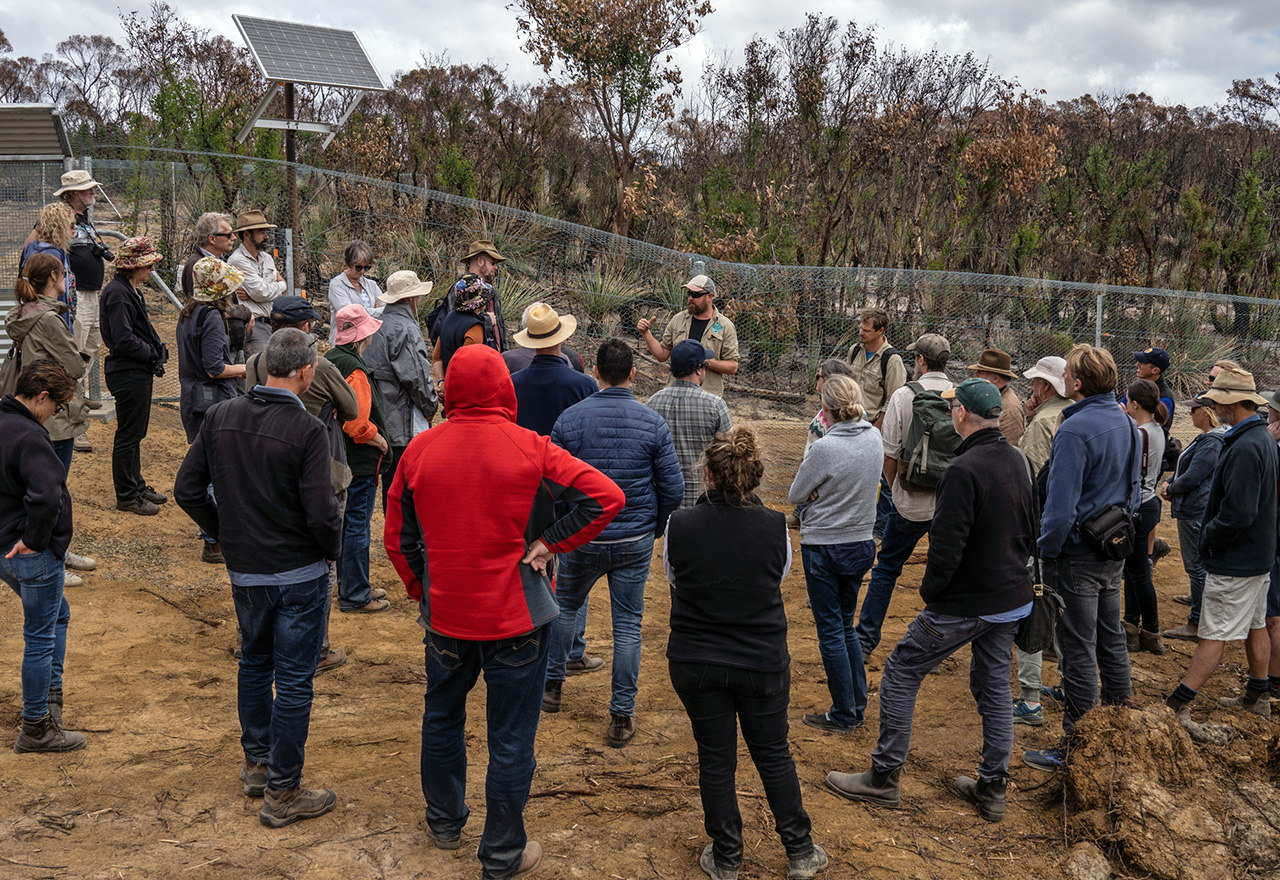 Workshop participants inspecting a feral cat proof fence being constructed by the Australian Wildlife Conservancy in partnership with Land for Wildlife Kangaroo Island in order to protect a population of the Kangaroo Island dunnart and other vulnerable native wildlife. Image: Nicolas Rakotopare

It will be held at the American River Hall on Kangaroo Island from 25 to 27 February.

Threatened Species Commissioner Dr Sally Box said the recovery workshop was a valuable opportunity for a range of partners to come together and work out how to best support the animals and plants affected by the recent fires on the island.

“The fires have had a significant impact on Kangaroo Island, but there is hope,” Dr Box said.

“I am encouraged by the spirit of collaboration and the willingness of people to come together to provide the support that Kangaroo Island’s native species need right now.”

Dr Lewis said she looked forward to developing strategies and a program of work to support the wildlife, habitat and ecosystem recovery on the island.

“This will involve those who work and volunteer in this important area on the island,” she said.

“There is already a well-established network of groups that are monitoring and researching a number of endangered species such as the dunnart & glossy black cockatoo. There are many birds, bees and reptiles that are also under pressure given the recent bushfires.”

The key species of concern are:

The workshop will produce a summary of the current state of knowledge and the impact of the fires on these species, as well as reviewing initial emergency response actions.

The workshop will ultimately inform the development of a wildlife recovery plan for Kangaroo Island being developed by DEW and Natural Resources Kangaroo Island.

It will also identify opportunities for partnerships with the community, research institutions, industry, government and the philanthropy sector and act as a key input into the work of South Australia’s Wildlife and Habitat Recovery Taskforce.

Top image: The fires have had a significant impact on Kangaroo Island. Image: Nicolas Rakotopare