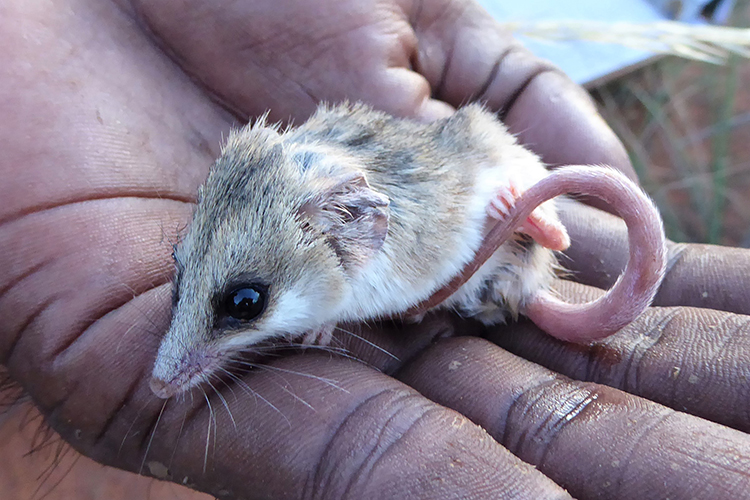 If you are a threatened species in Australia, chances are you occur on Indigenous-managed land, as it is the last stronghold for many species which have been lost from the wider landscape.

Indigenous communities play a critical role in protecting threatened species from extinction on their traditional country. Three-quarters of Australia’s threatened species have all or part of their current distribution on Indigenous-managed land, according to research by the Threatened Species Recovery Hub.

“I believe we all have a role in managing Country and taking care of the environment,” said Ms Gore-Birch.

“It is vital for threatened species programs to work with Indigenous people and for everyone to work in collaboration.

“Almost half of Australia’s land area is managed by Indigenous people.

“There are many species, like the Greater Bilby, that were once widespread, but have been lost from large parts of their original range, and are now mainly found on Indigenous managed land.

“Aboriginal and Torres Strait Islander people have a unique understanding of the landscape and species on their country,” said Dr Box.

“This understanding and the application of traditional management practices benefit the recovery of many species that have their strongholds on these lands.”

Bradley Moggridge, a proud Murri from the Kamilaroi Nation who now lives on Ngunnawal land in Canberra, is the Threatened Species Recovery Hub’s Indigenous Liaison Officer.

“People are concerned about biodiversity loss in Australia, but threatened species are not the only things that are important to people, there are also species that are culturally important to Aboriginal people that could be declining on their traditional country,” Ms Gore-Birch said.

“We also need to care for these species that are important to Indigenous people and the broader community.”

Culturally significant species have stories connected to people, kinship, totems or cultural and customary resource use and many are now extinct or threatened locally. The stories and cultural practices that connect Indigenous people with these species are at risks of becoming extinct along with the plants and animals themselves, if we don’t look after them better.

Top image: A lesser hairy-footed dunnart found during fauna surveys by the Karajarri Rangers in the Kimberly, WA. The dunart is a small carnivorous Australian marsupial. Photo: Sarah Legge
Media Releases Contact
Subscribe to the Newsletter