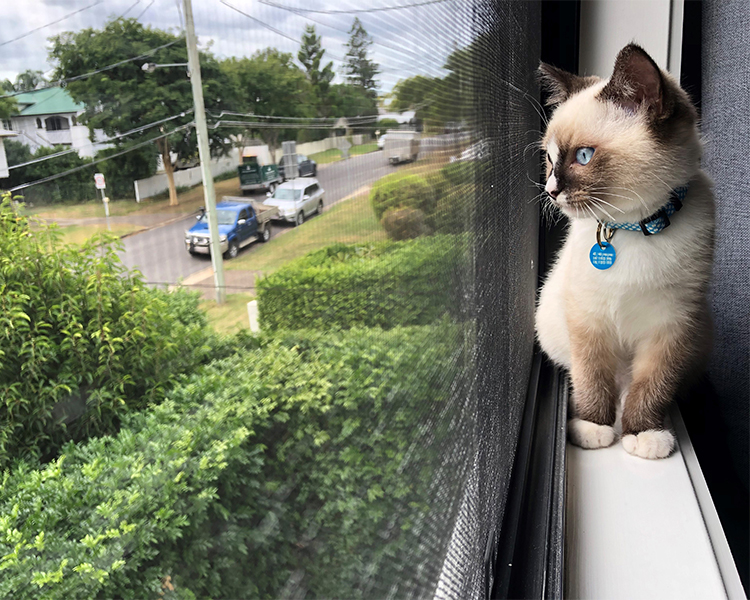 New research by the Australian Government’s National Environmental Science Program has quantified the impact of Australia’s pet cat population on wildlife at a national scale for the first time.

The study found that collectively pet cats kill 390 million animals per year across Australia, and that on average each roaming pet cat kills 40 native reptiles, 38 native birds and 32 native mammals per year.

To complete the national assessment they combined the findings of 66 different studies on pet cats which included GPS tracking studies, analysis of pet cat scats to see what they had been eating, and surveys of pet owners.

The research team headed by Professor Sarah Legge from the University of Queensland had previously studied the national impact of feral cats, but has turned their attention to our suburbs and pets.

“On average each roaming pet cat kills about one quarter of the number of animals that a feral cat kills each year,” said Professor Legge, “but there are more pet cats in Australia than feral cats and they are concentrated in a much smaller area.”

“Around our cities and towns, the places we live, pet cats occur at very high densities; about one quarter of Australian households have pet cats. In total there are 3.8 million pet cats in Australia.

“Just under a third of these pet cats are kept contained 24 hours per day and are not a threat to wildlife, but 2.7 million pet cats, or 71% of all pet cats, are allowed to roam and when they do, they hunt.

“Many people believe their cats are not hunting because they do not see the prey, but many cats do not bring their prey home. On average pet cats bring home only a small proportion of their prey, about 15% of the animals they kill.

“We found densities of 40-70 roaming pet cats per square kilometre are common in our suburbs.

“Many native animals only produce a few young each year and cannot sustain this high rate of predation.


Video: The impact of pet cats on wildlife in Australia (YouTube)

“Every cat counts; there are documented cases of even single pet cats driving the decline of a species in their local area, sometimes to the point of local extinction.

“Devices like bells and cat bibs can make hunting harder for cats but are not completely effective and do not prevent cats from disturbing animals.

“When cats prowl in an area, wildlife have to spend more time hiding or escaping which stops them feeding, resting or caring for their young.

“In Mandurah, WA, the disturbance and hunting of just one pet cat and one stray cat caused the total breeding failure of a colony of more than 100 pairs of fairy terns.

“Much of our community values the wildlife in their gardens and local parks, but these wildlife populations are being consumed by pet cats.

“The only way to keep wildlife safe is to keep cats contained 24 hours per day.

“As well as impacting wildlife, roaming cats can be injured in cat fights and car accidents and pick up diseases, some of which can be passed on to humans, so keeping your cat indoors is good for your cat, as well as good for wildlife.”