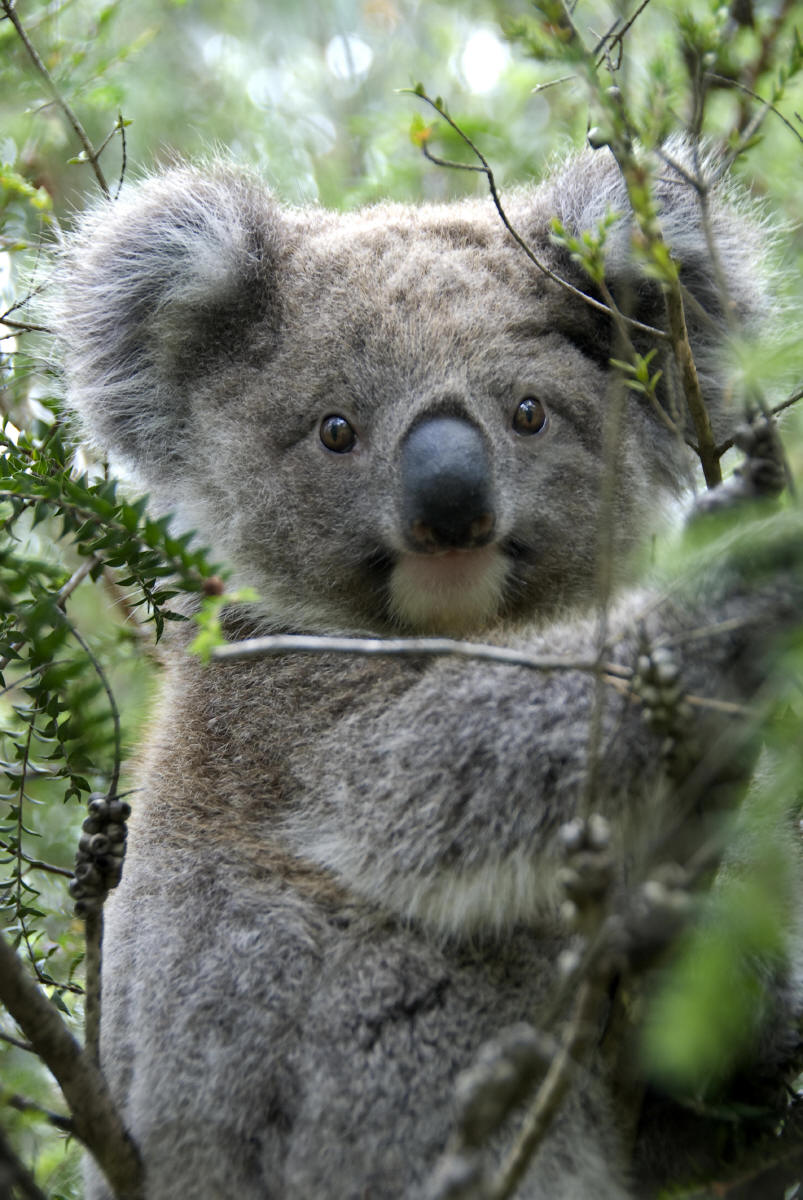 Climate change likely to turn up heat on koalas

A changing climate means that by 2070 koalas may no longer call large parts of inland Australia home, researchers have found.

Using a detailed ecological model, the University of Melbourne study shows hotter temperatures and altered rainfall patterns will make it much more difficult for koalas to get the water they need – making inland populations vulnerable to heat-stress.

The researchers mapped potential koala habitats in 2070 by using information about koala behaviour, physiology, body size, and fur to predict how much energy and water koalas need to survive under the climate at a particular location. They found that the climatically suitable area dramatically reduced by 2070, particularly in Queensland. The koala’s range across Australia was limited by water requirements for keeping cool, with the timing of rainfall and heat waves being crucial in limiting the koala in the warmer parts of its range.

Lead author of the study Dr Natalie Briscoe from the School of BioSciences, University of Melbourne says that the findings could help our ability to forecast future impacts of climate change on biodiversity.

“Studies of climate change impacts on wildlife have often focused on how changes in average temperature or rainfall will affect species, but our research highlights the importance of thinking about the extreme conditions that will be most stressful for the animals – such as hot, dry periods – and how these may change in the future.

“By developing a better understanding of what controls species distributions now, we are much better placed to forecast how these may shift in the future” says Dr Briscoe.

Dr Brendan Wintle, Deputy Director of the National Environmental Science Programme’s Threatened Species Recovery Hub, and a co-author of the study, says describing where koalas and other threatened species find refuge from changing climate and other threats such as cats and foxes allows efficient focus of conservation efforts and limited conservation funding.

The study is published in the current issue of Global Change Biology http://onlinelibrary.wiley.com/doi/10.1111/gcb.13280/abstract .

To build the ecological model the team compiled data on how koalas behave under different weather conditions, measured characteristics such as fur depth and body size from across the koala’s range, and collated detailed data on koala physiology. They could then predict the koalas' habitat from a climatic point of view based only on their water and energy requirements, assuming that eucalyptus trees were available everywhere.

The team also used models that correlate known koala locations with the climatic conditions of the recent past – the approach most commonly used to predict climate change impacts on wildlife, but one which could be misleading when projected to the future.

They found that both kinds of models made accurate predictions of the koala’s current range and agreed that koalas will disappear from much of the drier, hotter parts of their range.

“There is a lot of uncertainty when predicting the impacts of climate change on species, particularly when climate change leads to novel weather patterns. Comparing predictions from different models allows us to more confidently predict the location of havens where koalas could survive in the future” says Dr Briscoe.

It is supported by the Australian Government ’s National Environmental Science Programme, a long-term commitment to support environmental and climate research.