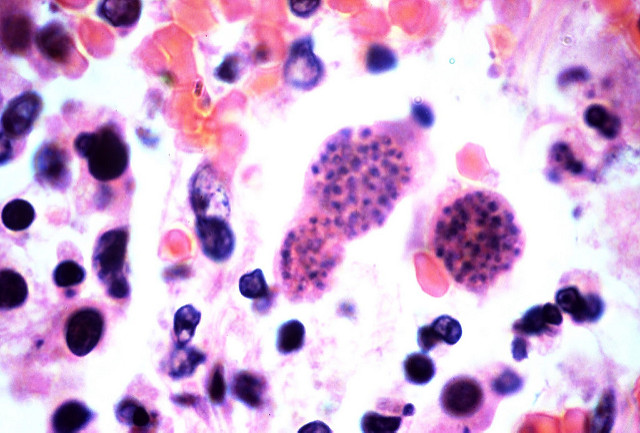 The other kind of invasive species

Little is known about the impact of the diseases carried by invasive species that spread throughout the food chains of our native animals.

TSR Hub researcher Dr Nelika Hughes (Project 1.4) from The University of Melbourne is looking closely at one such disease – toxoplasmosis – a parasitic disease that was introduced to Australia in cats.

Toxoplasmosis is caused by parasitic protozoa (Toxoplasma gondii) and is capable of infecting most (if not all) mammals. A high proportion of humans have contracted toxoplasmosis but most will experience only mild flu-like symptoms (if they experience any symptoms at all).

In humans, the biggest threats associated with the disease are faced by those with compromised immune systems and by pregnant women, as toxoplasmosis can spread through the placenta and is associated with foetal death.

Similar risks are likely to apply to pregnant native species.

“There are still a lot of unanswered questions about how this disease affects threatened species in Australia. We know marsupials can be highly susceptible to acute infections, but we don’t necessarily know what the acute or chronic effects mean for the future of many native species,” says Dr Hughes.

“The ways toxoplasmosis can interfere with the breeding success of mammals are a cause for concern. Lab studies have shown that not only can the disease cause the prenatal death of offspring, it can also increase the proportion of males born,” says Dr Hughes.

“Further studies have revealed that the parasite actually causes behaviour change- infected mice and rats no longer seek to avoid the ‘warning signs’ of cat urine or cat fur. This could spell disaster for Australian species – who don’t necessarily share the same avoidance behaviours developed by animals that have co-existed with cats for a long time.”

While many species are capable of hosting the parasite, it is only known to reproduce sexually in felines. Dr Hughes is analysing samples from feral cats sent to her lab from around Australia, to determine which particular strains are present.

“So far we have received about 50 samples, mostly from islands such as Bruny Island, French Island, and Kangaroo Island, and also a few from Victoria. This project will genotype at least 500 samples to discover where the most virulent strains of the disease are present,” says Dr Hughes.

“Once we have a better understanding of the problem, we can begin to consider possible solutions.”