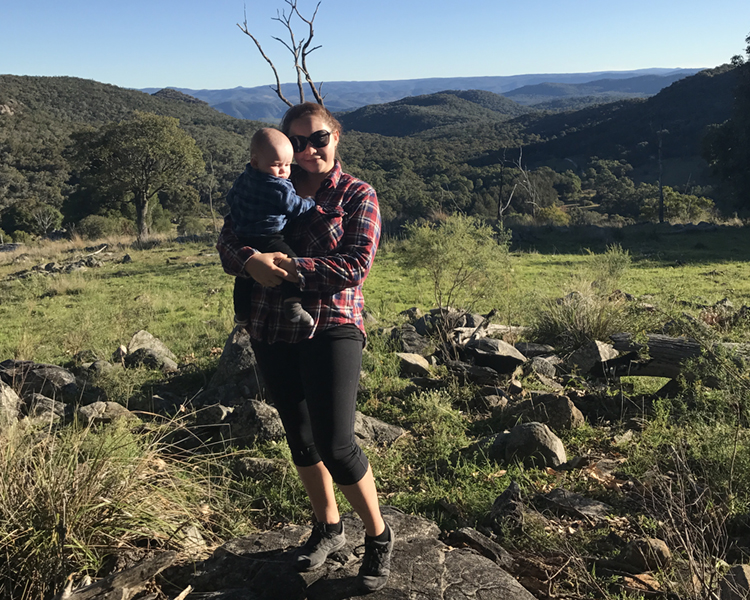 Taleah Watego - Drawn to work with nature and wildlife

Growing up, I spent a lot of time camping at Stradbroke Island, Byron Bay and many other coastal places. I am a Bundjalung woman, so naturally I am drawn to the water. Wategos beach at Byron Bay was named after our family, and some of my elders were actually born in the lighthouse! Spending so much time around the water as a child made me want to work with nature and wildlife. While being a marine biologist was my first dream, I have found myself on a path of wildlife biology and conservation.

I discovered a passion for our unique threatened species during my Bachelor of Science majoring in wildlife biology.  I conducted a six-month study on the spotted-tailed quoll, which started from many sightings of the quolls on my family’s property in Tenterfield. I looked at the effectiveness of camera traps in capturing elusive species like this one. I captured approximately five individuals, and also interacted with wedge-tailed eagles and feral pigs, and had a very close encounter with a fox.

After university, I secured a graduate position as an ecologist, and as a fauna spotter-catcher. However, this wasn’t quite right for me, so I ventured out as a Wildlife Officer for the Department of Environment and Science, working at the Daisy Hill Koala Centre. This was mostly a public education role, but included looking after the five resident koalas. It was a dream: the first time as a child that I ever went to that koala centre I said to my aunty, “I want to work here!” – and now I was!  I absolutely loved being in the field and so hands-on, as well as being able to educate so many people, especially children. I know that children are the key to our future and that of our threatened species and ecosystems.

Now that I am lucky enough to have a son of my own, I strive to give him a childhood as adventurous as mine was. And it is so important that we teach the younger generations how unique our ecosystems and species are.

My next position was with the Threatened Species Recovery Hub as a Research Assistant. This role is so rewarding. I work with Sarah Legge, Katherine Moseby and others collating tracking data that has been collected by Indigenous rangers from desert areas across Australia (see pages 14–16), and I get to travel to meet some of the people who are collecting the tracking data. This project will be able to tell us a lot about the abundance of threatened species and the effect that feral animals have on them. I’m now also supporting the hub with data and publications management.

My career so far has been incredible, but I am still only 23. I have possibly more study to do, and lots of personal and cultural growth. I am not sure where I will end up, but I do know that it will involve my passions for protecting our threatened species and the environment.

Top image: Taleah with her son Mason during her fieldwork at Tenterfield. Photo: Taleah Watego