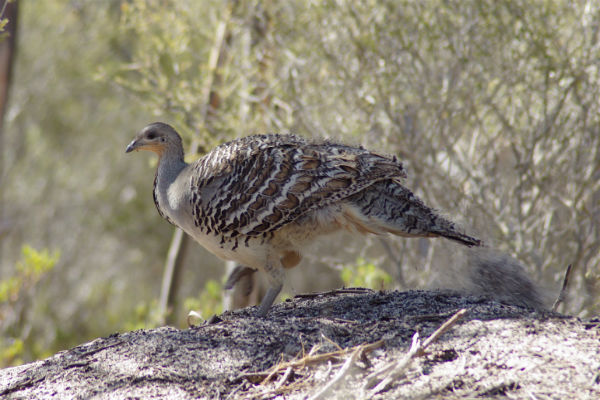 Tuesday, 01 September 2015
Social research under the National Environmental Science Programme’s Threatened Species Recovery Hub was under discussion at a workshop of key researchers held in Darwin last month.
Theme leader Professor Stephen Garnett (Charles Darwin University) said the theme looked to investigate social and economic opportunities for threatened species recovery.
“The aim is to create a portfolio of projects that link to each other, drawing ideas and skills from multiple disciplines across many institutions.”
Ricky Archer from the Minister's Indigenous Advisory Committee explained the importance of process in Indigenous research, to demonstrate respect and ensure Indigenous people are involved as early as possible in research planning.
Many opportunities for Indigenous partnership were identified across the five projects discussed. The workshop also discussed progress with plans to explore the full range of opportunities for Indigenous people to contribute to threatened species conservation in Australia – a project led by Dr Cathy Robinson (CSIRO).
RMIT’s Dr Georgia Garrard and Associate Professor Sarah Bekessy identified many opportunities for understanding how messaging about threatened species and communities can be translated into conservation action.
The workshop heard how the impact of conservation communication is largely untested. The project will work closely with the Hub's communications team as well as across a range of other projects to develop on-ground benefits for threatened species.
University of Queensland’s Associate Professor Rich Fuller described the explosion of interest in citizen science, and the moral obligation to the thousands of volunteers who give their time and resources to threatened species conservation research. He explained the importance of ensuring the data they collect is both useful to threatened species and communities, and that their enthusiasm leads to the results sought.
Rich and his team will be looking at where citizen science can make a real and lasting difference, and where more specialist knowledge and equipment is needed.
Professor Dave Pannell (University of Western Australia) and Dr Kerstin Zander (Charles Darwin University) talked about the current review of existing studies valuing threatened species and the extent to which they have been applied.
A range of opportunities were also identified to link economic valuation to improved communications and citizen science, particularly increasing the value of threatened species to Indigenous peoples.
Dr Angela Guerrero Gonzalez (University of Queensland) and Stephen Garnett discussed how an understanding of what has succeeded or failed in the past could inform future threatened species conservation.
Surprisingly little fuss is made of the successful threatened species work in Australia and there are many opportunities, not only to show what can be done but, to learn the keys to that success and make sure the principles are applied more widely.
The theme members then developed a list of the ten key research questions in social research for which answers could usefully contribute to Australian threatened species conservation.
Importantly, the workshop engendered a strong feeling of collaboration across the five theme projects, and pleasurable anticipation of doing research that produces practical benefits for threatened species and communities. Workshop organisers would like to thank all those who participated, both in person and via telecon across the country.
Subscribe to the Newsletter
Related Projects