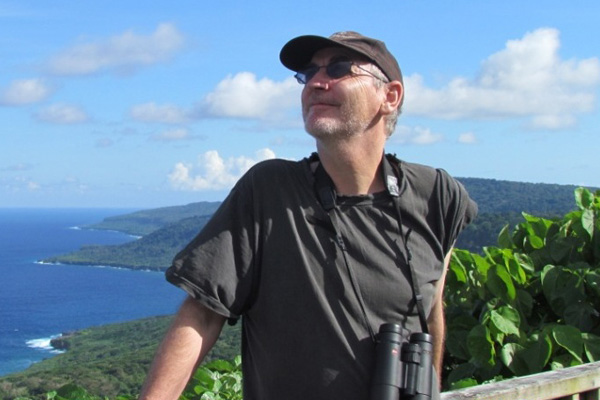 Preventing extinction – why we should

Most of those who are involved in research and management of threatened species take it as self-evident that we should seek to conserve those species, to prevent their extinction. That’s not surprising. We are intrigued by them and we have devoted much of our lives to conserving them. But others in our society may have different values, and those investing in the recovery of threatened species may need a compelling rationale to justify such investment. Here are ten components of such a rationale.

1. Utilitarian value. Many plant and animal species provide food or pharmaceuticals; they can provide vital ecological services, such as giving us oxygen and increasing soil fertility; they can be of aesthetic value, helping to add wonder and joy to our lives. Of course, not all species may provide explicit benefit to us, but because we know little about most species, the extinction of any species carries the risk that we have lost something of potential value.

2. Legal obligation. Australia pledged to prevent extinction in various international and national agreements and laws (along with most other governments). For example, we signed up to the Convention on Biological Diversity which commits us to preventing the extinction of known threatened species. And we pledged our support to the 2015 United Nations Sustainable Development Goals which commits us to “Take urgent and significant action to reduce the degradation of natural habitats, halt the loss of biodiversity and, by 2020, protect and prevent the extinction of threatened species.” Reinforcing these commitments, the Australian Government produced the country’s first ever national Threatened Species Strategy in 2015 which makes an explicit commitment to attempt to prevent any more species becoming extinct.

3. Warning of dysfunction. Extinction is an ipso facto demonstration that we are not living sustainably. Extinctions provide an early warning sign that that the natural systems in which we live are fraying. Such ecological degradation and instability may eventually come to affect us too.

4. A full inheritance. We should gift to our descendants a world that is as diverse and beautiful as the world we inherited (‘inter-generational equity’). This argument reflects a deeply entrenched human virtue that parents almost always seek to give to their children the opportunity of a better life, and not to debase the legacy that they themselves have inherited.

5. Intrinsic rights. All species have a basic right to exist, and we do not have the right to make them extinct. Most species have been on the earth for hundreds of thousands or millions of years; they belong here.

6. The ‘greatness’ of our society. Too frequently we mark our society’s worth with economic parameters (and sporting success). Such narrowly based measures are a poor reflection on the value of our society. Stressing the virtue of altruism, Mahatma Gandhi noted that the greatness of a nation and its moral progress can be judged by the way its animals are treated, and similarly that a nation’s greatness is measured by how it treats its weakest members. Extinctions are a sign that our society cares too little for others.

7. Our nature makes us distinctive. Australia and Australians are defined and distinguished by our culture and nature, and these two elements are indissolubly linked. Extinctions erode that identity. They make us less distinctive.

8. Understanding our country. The ecological workings of our land (and seas) are fascinating, and we will live uneasily in this land if we have too little knowledge of how our nature works. Every case of extinction denies us the opportunity to understand our country (after all, who wouldn’t want to figure out the ecology of a thylacine?)

9. Respecting Indigenous people. Most of us have some liking for, or affinity with, some plants and animals. But for most Indigenous Australians, this affinity may be profound. In many Indigenous cultures, some plant and animal species are totemic, with that link binding individuals to the fate of those species. The connection is part of a long enduring responsibility for country and its welfare and productivity. This is an association that all Australians can learn from and should respect.

10. A spiritual gift. There is a long-established tradition in many religions, including Christianity, that the beauty of the world, and all of its inhabitants, is a sacred gift from a creator to us, and that we have an obligation to be good stewards of that creation.

What does this add up to?

Australia has an appalling record on extinctions. Over the last two centuries, more species of plants and mammals have become extinct in Australia than for any other country in the world. This wasn’t because these species were an effete bunch of losers; it happened because of the changes we wrought to their environment.

For our own interests, for our ancestors, for our descendants, for society in general, for the wonder of our nature, we should strive more resolutely to prevent extinctions.


Top image: John Woinarski - On reflection there are many reasons to care and to invest in preventing the extinction of Australia's threatened species.