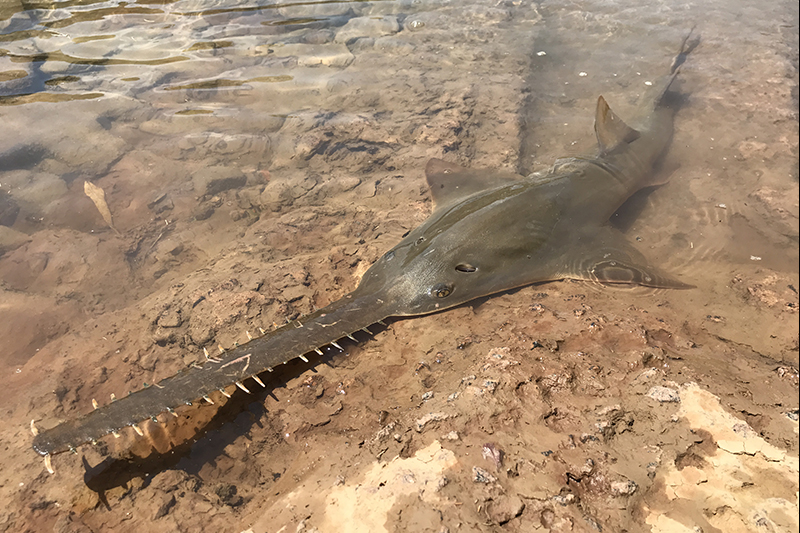 The Clean Air and Urban Landscapes (CAUL) Hub is focusing on the sustainability and liveability of urban environments. Biodiversity conservation (including threatened species management) lies at the centre of many of its projects and TSR and CAUL are collaborating on several projects including studies of urban populations of frogs and flying foxes. Other research of the CAUL Hub includes understanding urban residents’ interactions with nature and developing protocols for reintroducing species into cities.

The Earth Systems and Climate Change Hub is improving our understanding of climate processes and how they are changing. Changes in our climate – including increasing temperatures, changes in rainfall, more extreme rainfall and increased fire-weather risk – could all impact on threatened species and pose new threats to other species. Accessible climate change information will improve our understanding of these possible impacts, and inform threatened species policy and management decisions.
The Marine Biodiversity Hub is developing improved and innovative approaches that increase the options available to managers and stakeholders to protect and recover priority marine species. Approaches include seascape analysis to identify priorities, national threat-based analyses and priorities for multiple species, and use of cutting-edge genetic techniques and telemetry to estimate population size and connectivity of rare and difficult to sample species. Conservation of sharks is a dominant theme of the Hub’s research. Other focal species include spotted handfish, southern right whales and seasnakes. The Hub is increasingly engaging in restoration of compromised habitats, especially shellfish reefs and saltmarshes.
The Northern Australia Environmental Resources Hub is developing knowledge to underpin improved sustainable planning, management and policy in northern Australia. Within this they are identifying high-priority areas for threatened species and ecosystems to better target threat abatement and species recovery investments; and are trialing practical species recovery techniques in Kakadu National Park. TSR is working with the Northern Hub on several research topics including management of feral animals and the design of monitoring programs.
The Tropical Water Quality Hub works to build Great Barrier Reef resilience through research projects that improve water quality and reducing other pressures on these ecosystems. Many projects focus on improving prospects for the coastal, seagrass and reef habitats that sustain threatened species such as turtles and dugongs.
As you can see, the science of threatened species cuts across multiple sectors and relates to all dimensions of Australian life. While the TSR Hub has a tighter focus on the theme of ‘threatened species’, protecting our endangered animals and plants is a common cause whether we are working in the space of our cites, regional Australia, the marine realm or the atmosphere.
Which raises a key insight we all should keep in mind; the key to the successful recovery of Australia’s threatened species does not lie in only one research centre or network. Rather, it depends upon multiple approaches engaging a variety of different skills and insights.
Australia has an enormous challenge ahead in recovering its many threatened species. NESP science in all its forms and places give us a much better chance of meeting that challenge.
Professor Brendan Wintle
Director, TSR Hub