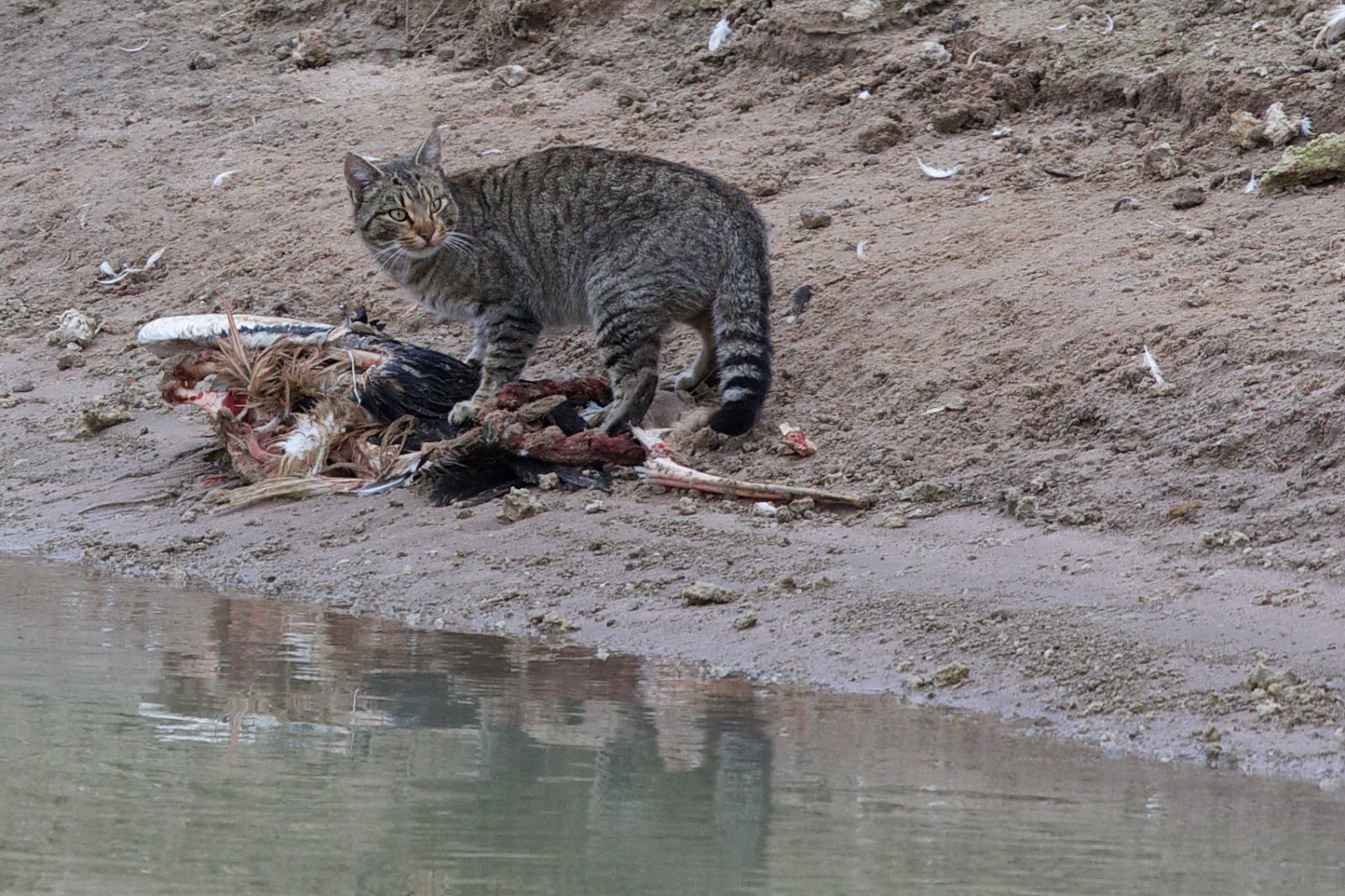 “We have already received data from most of the larger organisations leading the charge against feral cats in the Australian environment, but we realised that we don’t really have a measure of the efforts of smaller-scale organisations and individuals,” said TSR Hub researcher Mr Richard Faulkner.

There are many people and occupations with an interest in reducing the number of feral cats – from farmers to conservationists to traditional land owners – who may not necessarily think of themselves as ‘pest managers’ but who nonetheless contribute to the protection of Australian wildlife through their management efforts.

Without proper measurement of their activities, it is difficult to realise the true scale of the feral cat problem, to calculate the resources (time, money and equipment) that will be required to bring them under control and the effectiveness of the different methods of control employed.

“Our survey aims to provide a solid national picture of what’s going on out there. It has been open for two weeks and so far we’ve received over 1000 responses so we will have a lot of qualitative and quantitative data to sift through and analyse,” said Mr Faulkner.

Having a clearer picture of the scale of the problem will help to inform critical management decisions such as whether or not to use controlled burns, allow dingo numbers to increase or pursue programs of baiting, shooting or trapping.

“We recognise that people can be quite sensitive about controls, but it’s important to also recognise we are not talking about the cute little moggies that people keep at home as pets; feral cats are devastatingly efficient killers,” Mr Faulkner said.

“Feral cats are not the only threat to native species; there are bushfires, habitat-clearing issues and other invasive species but we know that once a species becomes critical, feral cats are often there to deliver the finishing blow – they are awesome hunters.”

The research will measure the sentiments of individuals toward their management efforts, and the kinds of considerations they make when planning and conducting their activities.

In 2015, Threatened Species Commissioner Gregory Andrews set an ambitious target to remove 2 million feral cats from Australia’s environment by 2020. The research will also help to gauge the progress made toward this target.

If you participate in activities to manage feral cats, you can help by participating in this survey.