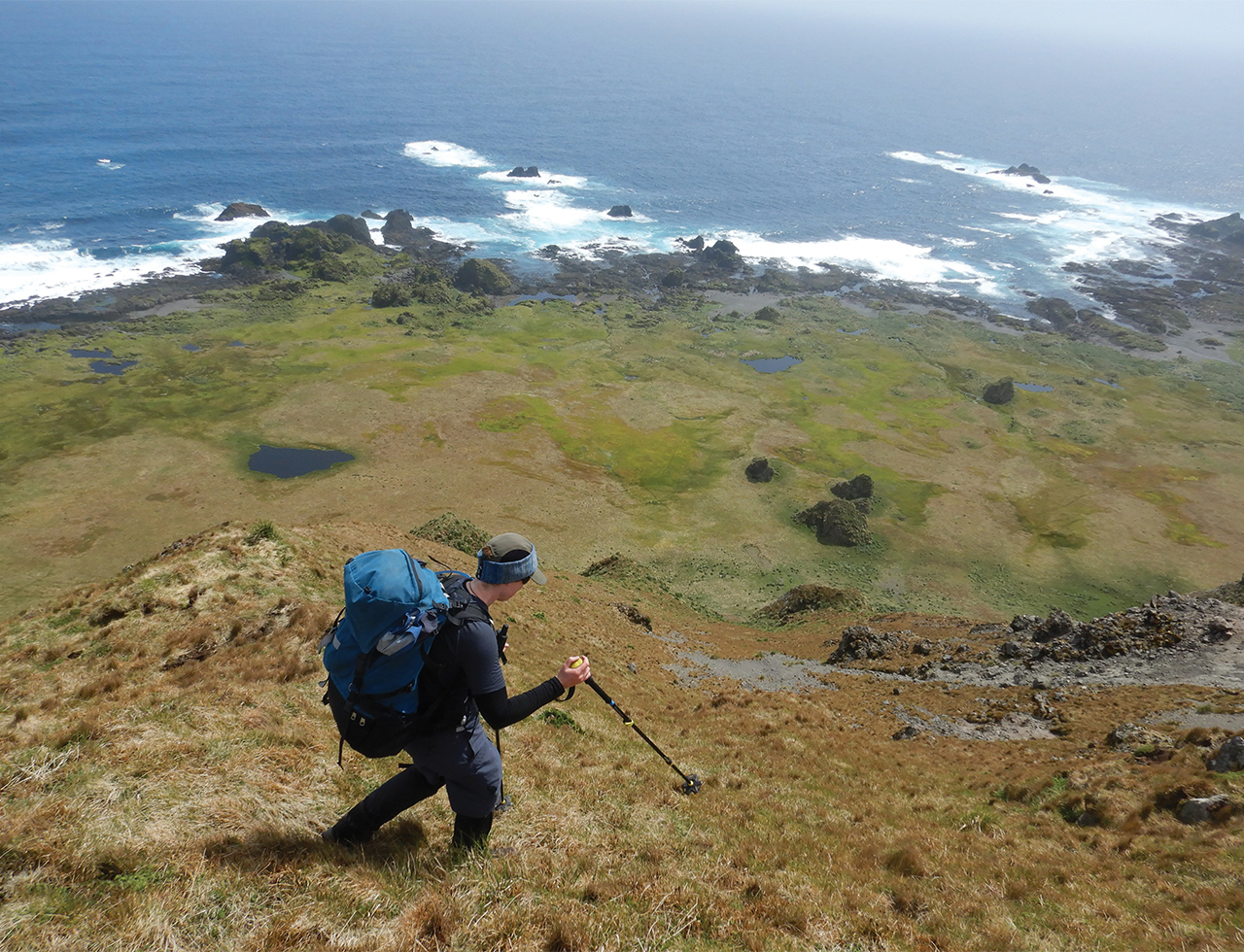 eDNA: A successful technique for identifying cryptic species in a remote location

Sub-Antarctic Macquarie Island is an important breeding site for many seabirds. Pest animals introduced by sealers in the 1800s drove some species of burrowing petrels to extinction on the island, and reduced the number of other petrel species. Now that cats, rabbits, rats and mice have all been successfully eradicated, Macquarie Island’s conservation managers wanted to know how species respond to the removal of these animals, and if any of the lost species had returned. It was a hard question to answer as burrowing petrels spend most of their time at sea, burrowing underground in two-metre long nesting tunnels, and leaving their burrows only at night. In addition, several species look very similar. Dr Justine Shaw and PhD candidate Jeremy Bird from The University of Queensland talk about how they tested new eDNA methods to see if they could shed light on some aspects of the island’s burrowing petrels. They collaborated with molecular ecologist Dr Julie McInnes from The University of Tasmania to undertake this work.

Macquarie Island, located midway between Tasmania and Antarctica, is a remarkable place. The 34 km–long treeless island is covered in grasslands, herbfields and tundra-like vegetation. It supports vast congregations of wildlife, including breeding colonies of seal, penguin and seabird species, including numerous species of burrowing petrels.

Cats, rabbits, rats and mice established on the island after they were introduced by sealers and whalers during the 19th century. They caused extensive damage to island habitats and wildlife, including the local extinction of some seabird species. Rats and cats ate birds and their eggs; rabbits destroyed nesting habitat.

To overcome this, the Tasmanian Parks and Wildlife Service began feral animal eradication programs on Macquarie Island in the 1970s and the island was declared free of invasive mammals in 2014. Now that the threats to burrowing petrels have been removed on the island, conservation managers wanted to know whether populations were increasing, and whether some species are now returning to the main island. They were also curious about whether species never seen or not seen for many decades were returning to the island.Previously, Tasmanian DPIPWE Parks and Wildlife rangers and government scientists surveyed these birds with methods like hand searches, spotlighting and burrow-scopes – but the birds remain hard to detect throughout the landscape.

We wanted to test the application of eDNA to identify these cryptic species in the landscape. Scats and feathers are easy to find and quick to collect. 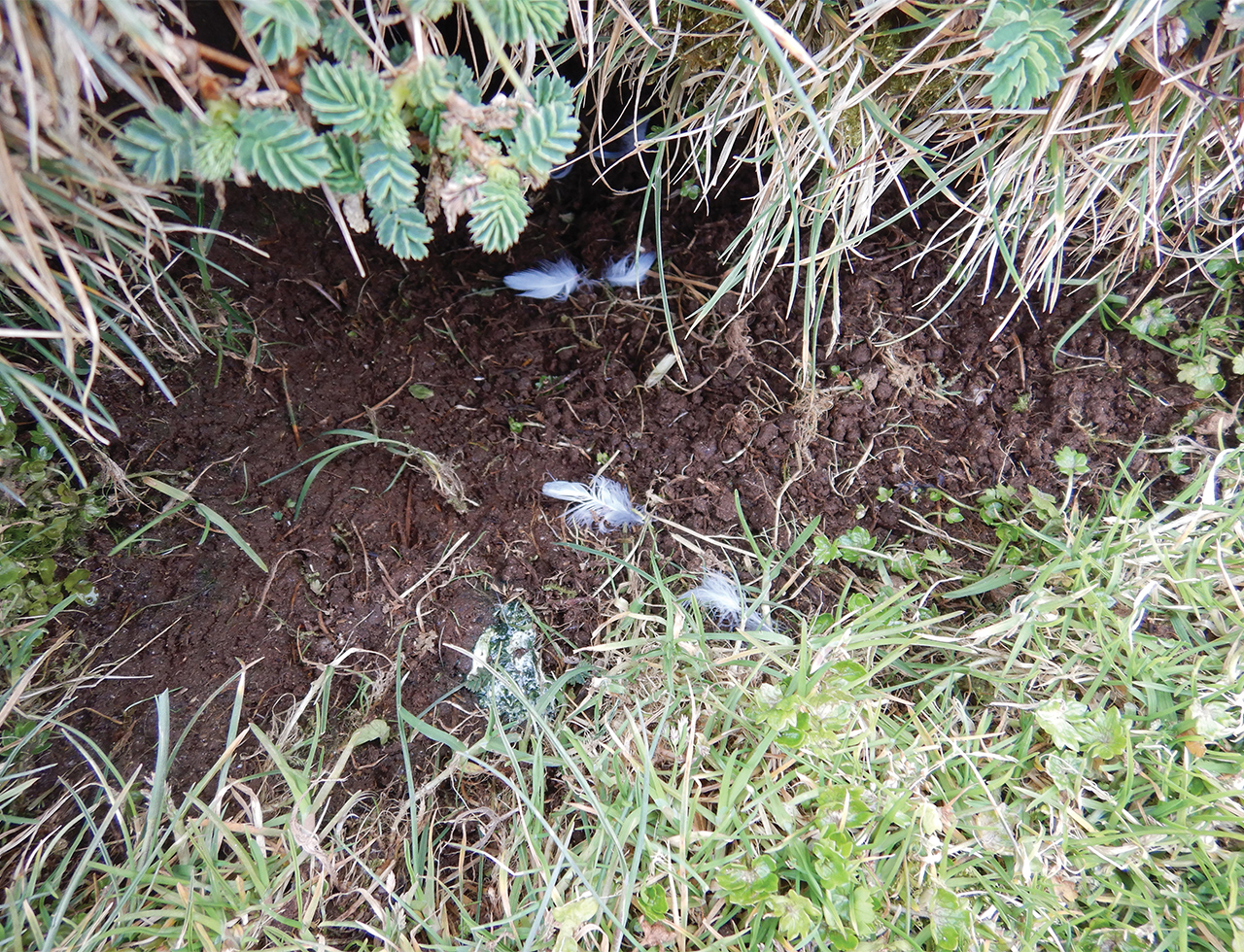 Petrel scats and feathers outside a burrow on Macquarie Island. Image: Julie McInnes

Feathers and scats the key

Our methods involved collecting 222 scat and 108 feather samples from breeding sites of either known species or mixed/unknown species on Macquarie Island, then analysing the samples later in the lab by extracting and sequencing the DNA. This gave us valuable insights into what species occur where.

Our eDNA sampling at the established and known colonies confirmed that the species thought to occur there were indeed present, verifying previous survey methods.

Further, our research detected some burrowing petrels at new locations. Diving petrels and fairy prions have rarely been detected on Macquarie Island, with the latter previously recorded only on offshore rock stacks and Bishop and Clerk Islets since monitoring began. Yet, we found diving petrel DNA in samples from five locations around the island and fairy prion (or fulmar prion) DNA from three locations. 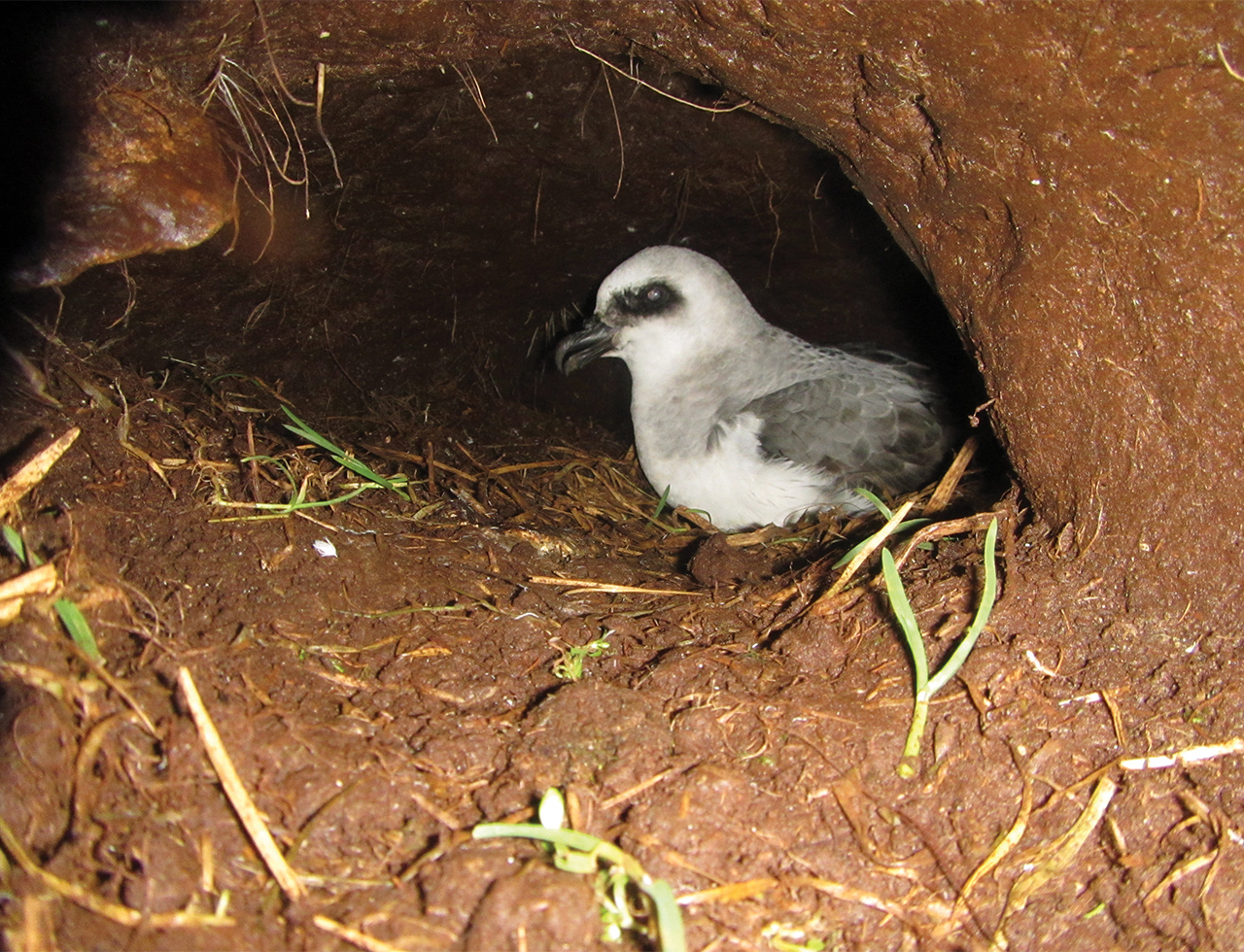 Two rock stacks were hotspots of burrowing petrels, with at least four species identified on each. One of these rock stacks likely provided a refuge to burrowing petrel species while rats, cats, mice and rabbits existed on Macquarie Island, as it is not connected to the main island. However, the presence of four petrel species on the second, connected, rock stack, which was accessible to the invasive pest animals, is encouraging and provides the first evidence in recent years of fairy prions on the main island.

All up, we detected DNA that matched reference sequences for seven of the burrowing petrel species previously recorded breeding on Macquarie Island or offshore islands, with an additional two sequences
that could only be identified to genus level. Table 1 shows the species we were able to identify from the scat and feather DNA. 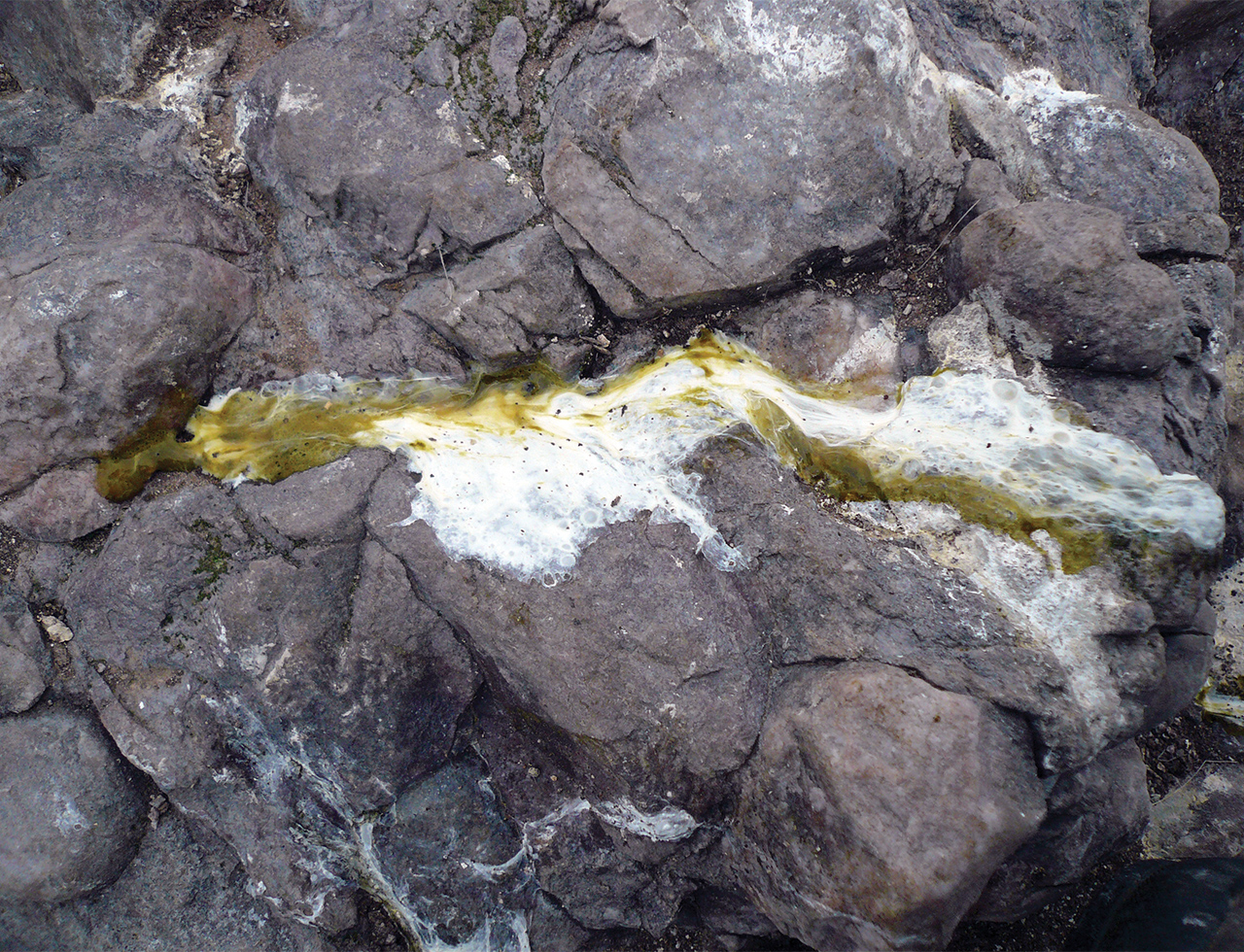 The project tested and confirmed both the efficacy of on-ground survey techniques for threatened burrowing seabirds on the island, and the efficacy of eDNA methods using scats and feathers to identify species in the landscape.

Future work could  provide insight into the provenance of recolonising populations and population genetics, such as we identified for white-headed petrels during this study.

The methods we developed are relevant and useful for surveys of cryptic species on other islands in Australia, and globally, that are remote, such as Heard Island, and where field trips are consequently infrequent and/or where resources, logistics and access are limited.

Our findings can also be used to help inform surveying of cryptic species and future eradication projects on other islands, where managers, funders and researchers are required to anticipate ecosystem responses to eradications of pest animals. 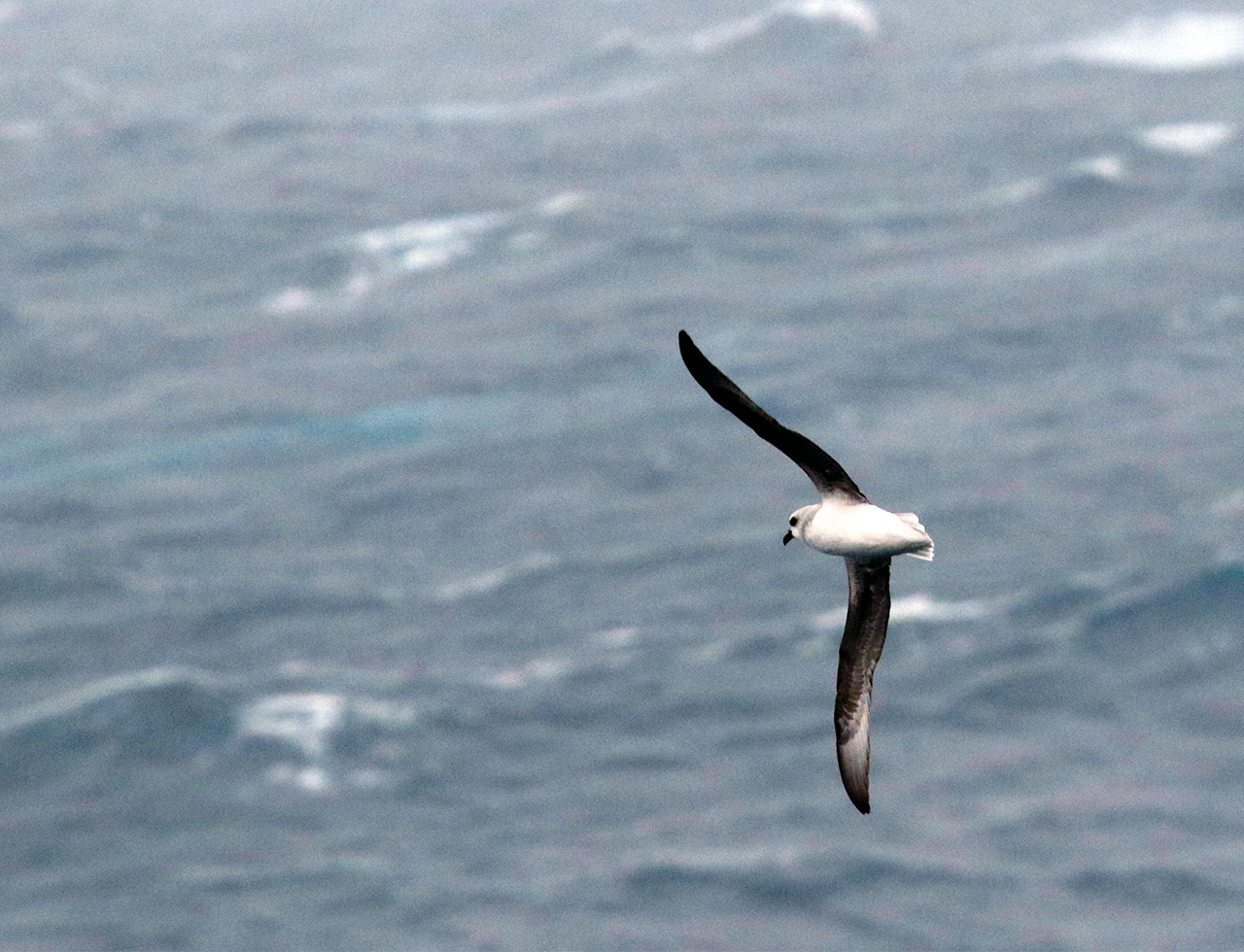 Collaborating with molecular ecologist Dr Julie McInnes from the beginning of the project, in the initial design phase, was critical to the success of our project.

This work was supported by the Australian Antarctic Science Program.