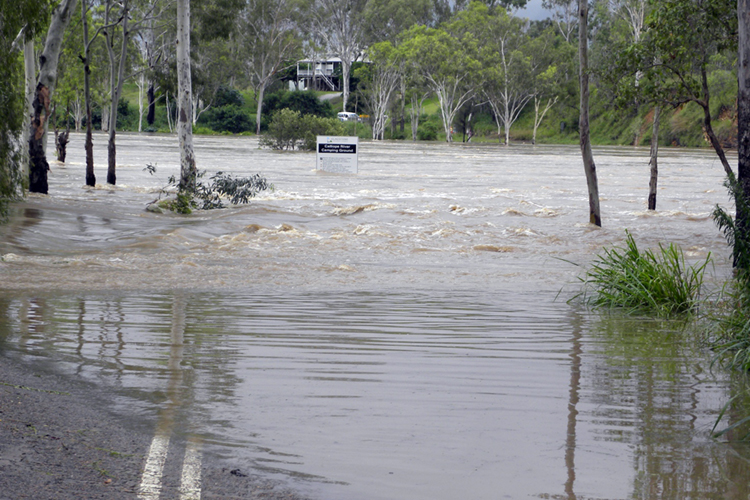 The world is changing. Some of this change is planned and desirable. But much else is an unwanted consequence of the expansion of the human species. Those unwanted impacts will affect our lives and those of our descendants. But they are also affecting – and will increasingly threaten – many of the world’s endangered species, including many Australian plants, animals and ecosystems.

The Australian environment is now experiencing climate change. Of course, not all single abnormal climate events are a consequence of our pattern of greenhouse gas emissions. But the pattern is evident.

Extremes becoming the new normal
In the past 12 months, fires without recent precedent occurred from the mountain rainforests of Queensland to the World Heritage alpine heathlands and rainforests of south-western Tasmania. Unusually long periods of extreme heat baked much of inland and eastern Australia. The long drought intensified across much of inland Australia. Exacerbated by unsustainable water management, hundreds of thousands of fish, including the Vulnerable Murray cod and the Critically Endangered silver perch, have died in the Menindee Lakes and the lower Darling River. Increasingly frequent and extensive bleaching events – driven by unusually warmed waters – damage our coral reef systems. In the Australian Alps, the intricate interconnections among species fray as the region warms and snow cover diminishes. The thread connecting these very different examples of loss is climate change.
Perhaps we imagined that the impacts of climate change will be felt mostly in far-flung polar regions with melting ice caps – but not here at home. However, the recent biodiversity losses across many parts of Australia demonstrate that the changes will also happen far closer to home. Much of Australia’s nature, the essence of our country, is susceptible to climate change. Indeed, the loss in the last decade of Australia’s Bramble Cay melomys may be one of the first cases in the world of extinction due to climate change. 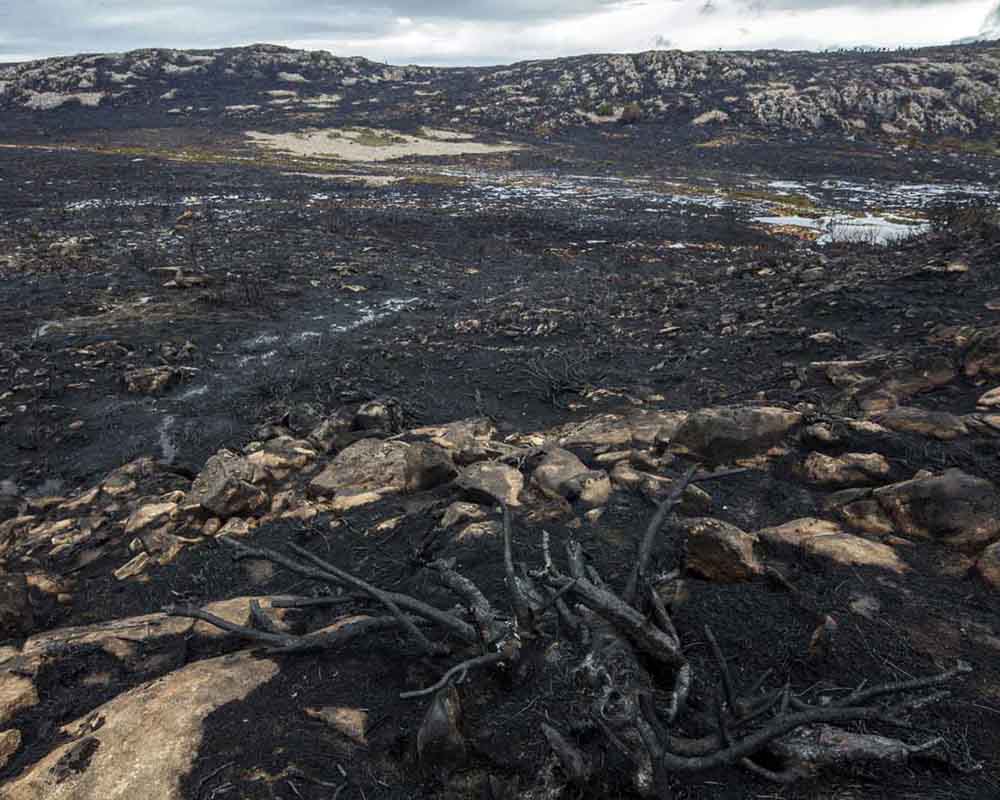 A sobering and acute example is of the mass mortality over a few days of extreme heat for the now Endangered spectacled flying-fox. Reports indicate that up to one-third of the total Australian population of this species succumbed to the extremely hot temperatures over just two days in late 2018. Episodes of such extreme heat, and consequent mortality, are becoming more frequent. We cannot expect this to stay a single ‘freak’ event. Many other (less conspicuous) threatened species are also likely to have experienced acute population losses but without such public awareness.
Many other precariously imperilled species have the odds tipped further against them by climate change, and it is likely to exacerbate other threats. Recent fires have threatened the tiny remaining ranges (and tenuous populations) of three of Australia’s most Critically Endangered species, the Gilbert’s potoroo and western ground parrot in south-western Australia, and the central rock-rat in a few mountaintops in central Australia.

At least for south-western Australia, the likelihood and menace of these fires is being magnified by an increasingly drier climate.
Incremental impacts are also a danger
Large sudden catastrophic events like the Menindee Lakes fish deaths confront us but, in many cases, climate change impacts operate incrementally and insidiously. For decades rainfall in south-western Australia has been decreasing and with it the swamps of the western swamp turtle dry for longer periods each year. In the future there may not be enough wet months each year to allow the turtles to eat, grow and reproduce before the swamps dry up.

Humans suffer as a consequence of climate change. But, to an extent, we can respond, such as by using air-conditioning and more water, further exacerbating the unwanted environmental consequences. Most threatened plants, animals and ecosystems have less capacity to cope. It is largely our actions that have caused their declines; increasingly, it will be up to us to prevent their extinctions. We are now witnessing degradation of Australian biodiversity as a consequence of climate change. But this is just the beginning: it will get worse. The momentum, pervasiveness and complex manifestations of climate change will increase the need for our actions, but render the response increasingly challenging.
Responding to the challenge

But the challenge must be faced, for otherwise we will lose our nature, and much else. There are many things we can and should do. Our governments have committed to greenhouse gas reductions, and instituted some mechanisms to achieve these targets. But this is a gradational response. The equations are straightforward: the more we rein in emissions, the less will be the environmental loss and the impacts to the lives of our children, and those of their descendants. We can and should be ambitious and strategic in reducing emissions and tackling this global problem. 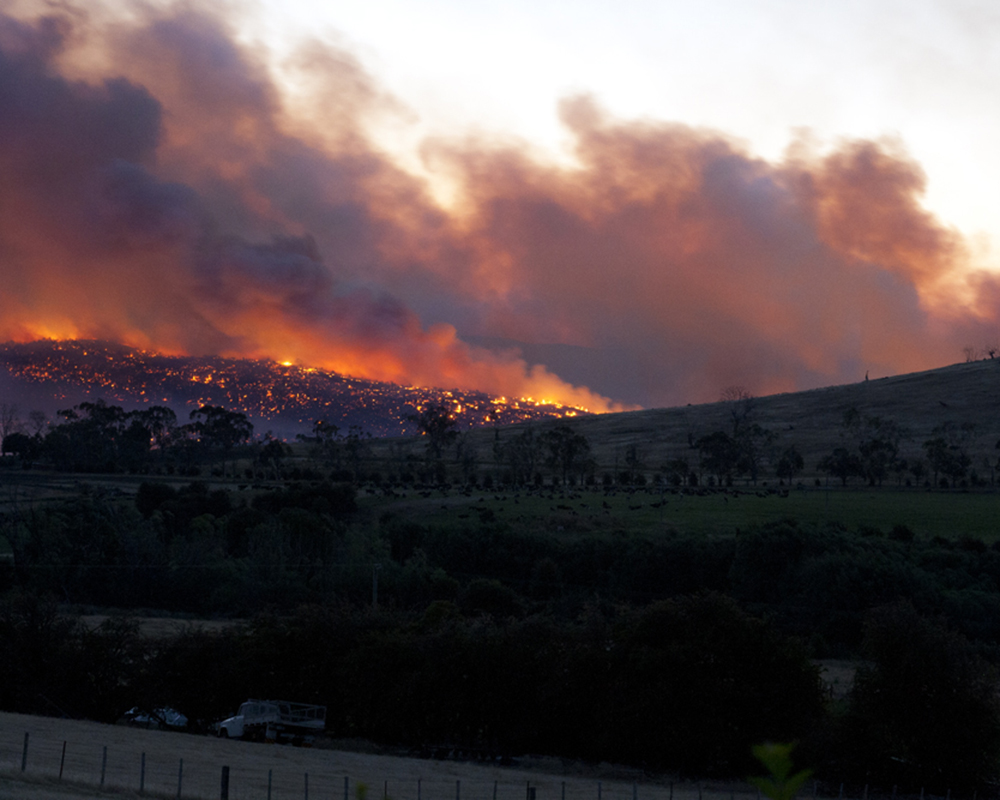 Helping nature to cope
We need to reverse the ongoing losses of habitat due to vegetation clearance. In a new world buffeted by climate change, many species may persist only if they can disperse to cooler, wetter or more equitable locations, or to unburnt areas after extensive fire.
We can give such climate refugee species more of a chance by restoring habitat connectivity; but even more so by halting land clearance.
We can and should identify, and then stringently protect and carefully manage, those special and critical parts of the landscape that give refuge to species at times of short- and longer-term climatic stress. Research in this hub is doing much to recognise such refugial areas. For some species, we will need to actively intervene and translocate populations to such relatively secure areas or to areas more likely to support favourable climatic conditions in the future, as is now being trialled for the Critically Endangered western swamp turtle.
We can strengthen environmental laws and policies, such that they are not set aside or abused when humans face their own crises due to climate change. We can establish more precautionary buffers for use of natural resources such as water, to ensure that our resource use, particularly in periods of stress, does not lead to irreversible collapse of the environmental systems on which we depend.
As a concerned society, with a stake in the future, we should ensure that laws and processes governing developments appropriately factor in climate change considerations. The recent case of a ruling against a New South Wales coal mine, which included climate change impacts as one of the deciding factors, is a heartening precedent.
The world is changing. We can help shape that change.
Professor John Woinarski
Deputy Director, TSR Hub
John.Woinarski@cdu.edu.au
Further reading