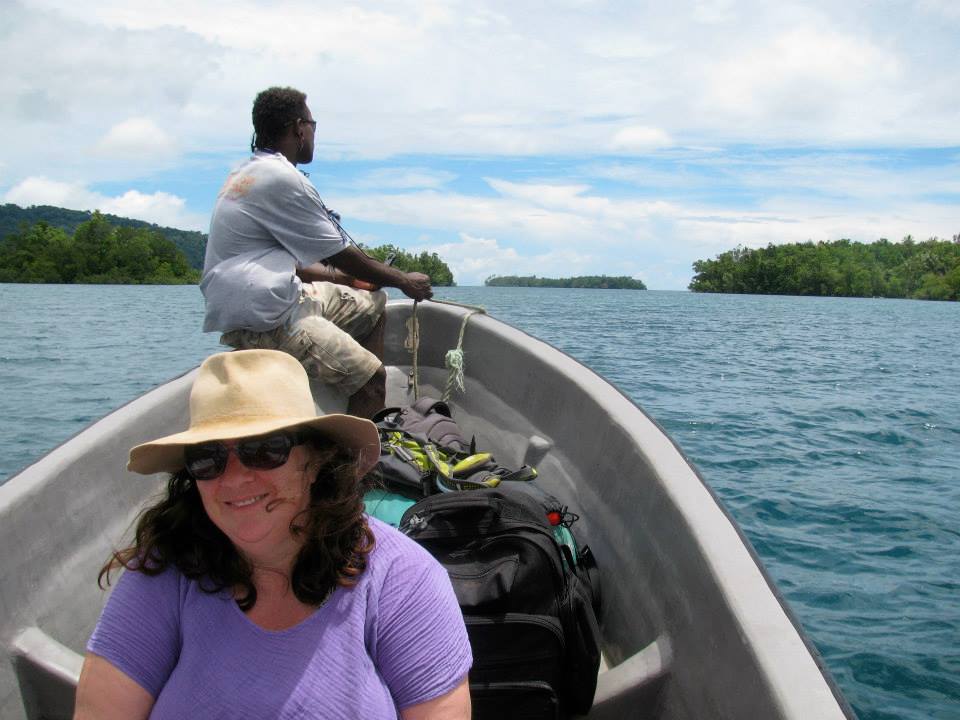 Dr Diana Fisher has dedicated two decades to the study of mammals, including threatened species of carnivorous marsupials, wallabies and bats that most people know little about.

Dr Fisher, however, loves working with all mammals, including native mice and bats.

“When I studied the endangered monkey-faced bat in the Solomon Islands, I found that although they have ferocious-looking teeth and strong jaws able to crack nuts, they are actually docile and sweet-natured. Local people could pull them from tree hollows without danger of being bitten ,” says Dr Fisher.

Dr Fisher observed the same vulnerability in the bridled nailtail wallaby (the focus of her PhD), a small, endangered macropod that survives in the wild at one site in central Queensland, where it was rediscovered in 1973.

“These little wallabies are naturally tame and dopey. They leave their young hiding alone for long periods and tend to freeze flat on the ground when they are frightened. This makes them vulnerable, particularly to the threats posed by feral predators such as cats and foxes. Bilbies are similarly docile and naïve. Refuge from predators is particularly important for these mammals, but somewhere safe to ride out droughts is also likely to be crucial.”

Bridled nailtails and bilbies are two of many threatened species she is working to protect as a leader of Project 4.4, which aims to map out important refuges from different types of threats to Australian fauna.

She will also lend her expertise to Project 1.1, which will focus on reducing the impact of introduced predators, particularly cats. Project participants will test methods to control cats, and assess the benefits for threatened prey populations in Queensland.

Together with her affinity for the smallest and most vulnerable mammals, Dr Fisher brings her keen eye for detail and data to the field - particularly useful considering the size of her subjects. She credits part of her approach to former honours supervisor and collaborator in Project 4.4, Professor Chris Dickman.

“Some of the best research advice ever given to me came from Chris. He told me ‘When you’re out in the field, collect as much as possible. You never know what you’ll need later on.’”

Perhaps a similar sentiment applies to the work of the TSR Hub in general, protecting the plant and animal species that people need in order to prosper, even if they don’t yet know it.