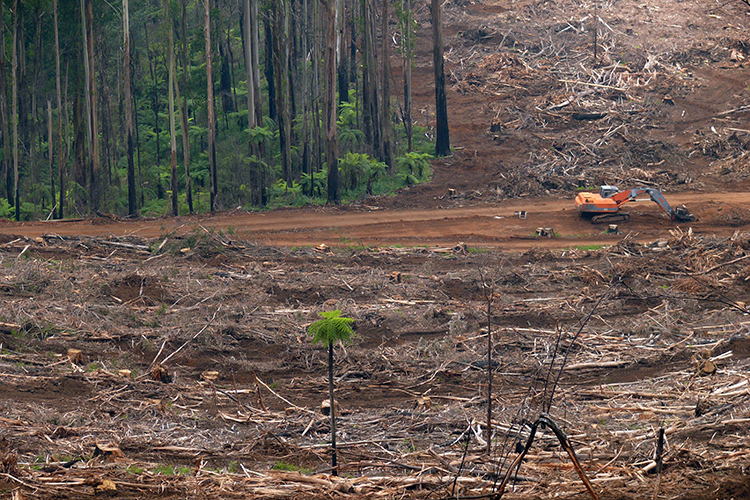 A million species at risk of extinction

One million species threatened with extinction worldwide. That was the attention-grabbing headline that recently (and, sadly, briefly) captured the world’s attention, when the Intergovernmental Science-Policy Platform on Biodiversity and Ecosystems Services (IPBES) released its first global assessment of how the planet’s biodiversity is faring – and what that means for people. Hub deputy director Professor Martine Maron talks about the global challenge we are facing.

For so many of the Earth’s species to be threatened with extinction is unspeakably sad in itself, but it is also a sign that something is very seriously wrong with the ecosystems we rely upon. As threatened species researchers, we are working in the emergency ward of biodiversity protection. The IPBES assessment found that 25% of all species are in our waiting room. Our hub’s own work is confirming these trends in Australia, with the Threatened Bird Index showing Australian threatened bird populations have dropped by half in 30 years on average. We need to be worried – not only for them, but for us.

The real message of the IPBES report was that we are unpicking the tapestry of life on this planet, pulling out threads one at a time. With each thread we reduce the integrity of the ecosystem upon which we rely. Biodiversity provides myriad benefits that we often take for granted, many of which are partly or wholly irreplaceable. As it disappears, our food production systems, the health of our waterways, the quality of our air and the stability of our climate are all compromised.

Looking past the shocking headline figure, what struck me the most was the sheer scale and reach of humanity’s impact on the globe. Seventy-five percent of the planet’s land surface is severely altered by people. We allow so little for all of the rest of the species with which we share this planet and upon which we depend. Last year, a paper in PNAS calculated that wild species contributed only 4% of the global biomass of mammals – all the rest was humans and their livestock. That’s one hell of an appropriation of life on the planet.

As we tend to see too often these days, the buzz over the report and its warnings disappeared from the headlines after a few days, with exciting things like royal babies and embattled footballers taking over again. That’s not surprising, but also not a good sign that we will truly see what the report
is calling for – transformative change.

Our society is much more comfortable with incremental change – although people can still struggle even with small changes, like a ban on single-use plastic bags at the supermarket or the idea we might have more electric cars. We see optimistic examples everywhere – Qantas recently announced its first ‘rubbish-free’ flight, and the reintroduction of species to areas where they have been absent for a century (such as the return of eastern quolls and southern brown bandicoots to Booderee National Park). But the IPBES report shows that the pace of change is not nearly fast enough. In all the scenarios they examined, only those that involved seismic shifts led to a moderation of the current trajectory by 2050.

What would transformative change look like? We need to account for biodiversity impacts from industry, from individuals, and from legacy threats like invasive species. We need to track products we consume through their production and waste cycles to understand the full impact of our actions on biodiversity, and identify alternatives that are better.

Next, biodiversity needs to become a serious factor in all decision-making, by every government and by every industry. Not just a consideration; not just a number to be reported upon – something that drives the decisions that are made. And those decisions must be science-based: consistent with
a vision of not only minimising impacts, but maintaining and improving the health of the natural environment.

Humanity has to learn to share. And we have to learn to set limits and respect them. All of these are things that we struggle with. And even for concerned individuals it isn’t easy to see, let alone weigh up, the complexity involved in making more environmentally sensitive decisions about everything they do and consume. Our governments must lead. We need sound and biodiversity-friendly incentives, rules and regulation just as much as we need individual action and awareness-raising.

Science can and does help save species, and the Threatened Species Recovery Hub and our incredibly dedicated partners and colleagues will keep providing the evidence base for better decisions and action. For example, we have identified the top 20 Australian birds, 20 mammals and 100 plants at greatest risk of extinction, to alert managers to their plight and allow action to occur before these species are lost. But ultimately, science can only help achieve transformative change if society seriously commits to it.

The next 12 months will reveal something of the extent of the world’s commitment to change, as new global biodiversity targets are due to be decided by next year’s Conference of Parties to the Convention on Biological Diversity. But whether nations act to achieve those targets is another matter entirely – with the deadline for achievement of the current set of 20 Aichi targets up next year, good progress has been made on only four.

Most of Australia’s species are found nowhere else on the planet – they are our unique responsibility. We are a wealthy, politically stable nation. I personally hope we seize this opportunity to respond to the IPBES report with leadership for transformative change. We punch well above our weight
in biodiversity science – now let’s do the same in putting it to work.

Top image: To halt the extinction crisis, biodiversity needs to become a serious factor in decision-making by government and in every industry. Photo: David Blair, ANU